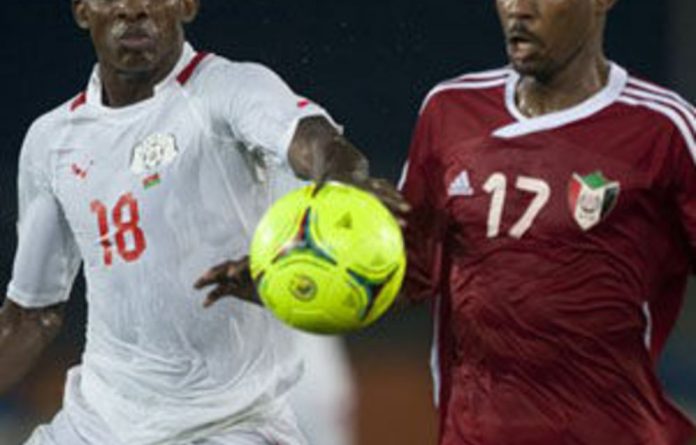 Sudan celebrated their biggest football achievement in more than 40 years on Monday when they clinched a place in the Africa Cup of Nations quarterfinals with a 2-1 win against Burkina Faso.

As the quarterfinals approach and the tournament heats up, the M&G takes a look at some of the most colourful images and key moments of the Africa Cup of Nations so far.

Mudather Tayeb scored both of Sudan’s goals at Estadio de Bata to squeeze through on goal difference and provide the first high point since winning the Africa Cup on home soil in 1970.

Sudan finished second in Group B behind Cup favourites Côte d’Ivoire, which had already qualified before its mostly second-string team beat Angola 2-0 in Malabo with goals from Emmanuel Eboue and Wilfried Bony.

Angola had only needed a draw to progress.

“We know if we leave here not having gone all the way, everything that we have done up to now will be in vain,” Côte d’Ivoire coach Francois Zahoui said. “I’ll be really happy when I have reached the goal of really pleasing the Ivorians that are supporting us. There are a lot of prayers behind us.”

Improvement
Sudan, competing with a squad of exclusively home-based players, was winless in nine matches stretching over its three previous Africa Cup appearances since the 1970 triumph, but needed a victory to have any chance of beating Angola to the second qualification spot.

Despite its status as the second-lowest ranked team at the tournament, Sudan impressed in the 1-0 opening loss to Côte d’Ivoire and has improved from match to match.

Mudather got Sudan moving in the right direction when he rode a rash challenge from Mamadou Tall and opened his body to stroke the ball past Daouda Diakite in the 33rd minute.

Angola were losing 1-0 at halftime against Côte d’Ivoire, but Sudan still needed another goal in its favour to move into the qualification positions.

News filtered through of a second goal for Côte d’Ivoire against Angola in the second half — a result that would put Sudan through to the quarterfinals for the first time in nearly half a century.

Mudather scored a second goal for Sudan to calm nerves in the closing stages after pouncing on a moment’s hesitation from Diakite to round the ‘keeper and score in the 80th minute.

Changes
Issiaka Ouedraogo scored for Burkina Faso in the seventh minute of stoppage time to close the gap, but Sudan held on to their crucial advantage.

Côte d’Ivoire made nine changes to the starting lineup against Angola, with captain Didier Drogba among those rested on the bench.

Eboue scored in the 32nd minute and Bony added a second in the 64th as Côte d’Ivoire sealed a third straight victory.

“We know the match against Equatorial Guinea will be very hard because it’s against the organising country and they are playing on their home pitch,” Zahoui said.

Angola produced a nervy performance to blow their chances of reaching the quarterfinals after needing just a point to progress.

“We lost because we played against a very strong team in Côte d’Ivoire, which is one of the main candidates to win this tournament,” Coach Lito Vidigal said. “We did a good job and worked hard, but unfortunately we couldn’t quite make it.”

Few fans
Angolan police reportedly formed a barricade to stop the national team’s players speaking to journalists after the defeat.

Despite the qualification issues at stake, both matches were played in front of just a few hundred fans.

Filling the stadiums is a recurrent problem at the Africa Cup of Nations, with games not involving the host nation often underselling. It’s been the same story at this tournament in Equatorial Guinea and Gabon.

A pocket of around 500 Angola fans sat just a few seats away from a contingent of around 100 Côte d’Ivoire supporters, but the rest of the 15 000-plus Nuevo Estadio de Malabo was almost empty.

The few fans that turned up to watch Sudan and Burkina Faso were also scattered sparsely at the 37 500 Estadio de Bata.

The lack of fans in Malabo made for an unusual atmosphere for the players from both Côte d’Ivoire and Angola, many of whom are used to playing in front of tens of thousands in Europe’s top leagues. — Sapa