Protector calls for press ombud to be more ‘autonomous’ 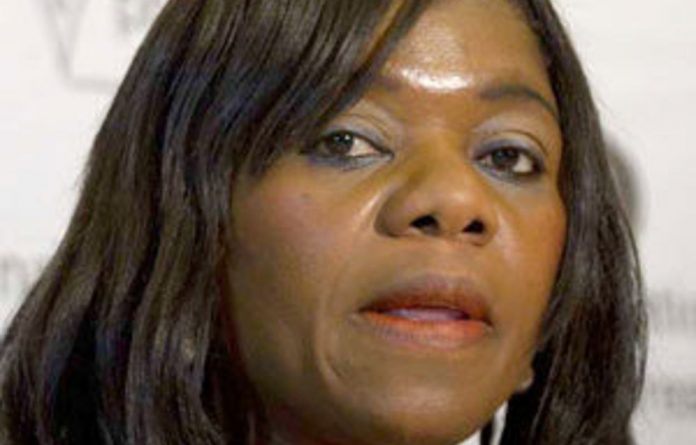 Public Protector Thuli Madonsela cautioned against government regulation of the press, but said the press ombudsman needs to be “beefed up”.

Speaking on the third day of the Press Freedom Commission hearings in Braamfontein, Johannesburg, she praised the moves by the commission to look at tightening any loopholes in the press’ self-regulation.

“The role of a free and independent but accountable press is not negotiable,” she said.

Any oversight by Parliament would be a problem, she said. “Parliament is a structure of politicians”, who cannot divorce themselves from political interests.

Using the United Kingdom’s structure of ombuds as an example, she argued for strengthening the local model. It needs “more autonomy and proactive power to see wrong and correct it”, she said. The current model, where it is closely associated to the Press Council cannot work, as the council works for the interests of its members. Rather, it should be physically and financially separated, she said.

Funding should come from a set annual fee from all member publications. This means funding for the ombud “won’t increase or decrease depending on the decisions of the ombudsman,” she said.
If a mechanism can be found that “binds everyone in the print media” then credibility in the “system” will grow, she said.

The ombud could then become part of the “oversight bodies” — such as the public protector and auditor general — that keep democracy in check. They could also keep an eye on each other and greatly enhance the “free-flow of information”.

To sanction offending publications, “financial recourse” could be considered, she said. But it may not take the place of an apology, as it is important to the people who have lodged a complaint, she said.

The Freedom Front Plus’s advocate Anton Alberts argued for significant fines on big media houses. Their shareholders only look for profit so they must be “hit where it hurts”, he said. He said it should work on a percentage system so community publications are not destroyed by fines.

Section 16’s Wilem Krog said the imposition of a fine would be “blatantly unconstitutional”. If it was a fine to the journalist it would lead to a “chilling effect”, where self-censorship could occur. If the fine was to a media house, it would simply be added to the expense line, he said.

He reiterated arguments of editors in previous days that “media is one thing and one thing only, credibility”. Any rebuke by the ombud does so much harm already that this system does keep newspapers in check, he said.

Attacking the waiver, which Madonsela also did, he said you cannot agree “by contract” to give up your constitutional rights.

While Krog and Madonsela supported regulation that was along the lines of the current model with tweaks, Alberts said there was a need to remove control from the two centres of power — Parliament and the media. A model along the lines of the Broadcasting Complaints Commission should rather be considered. This would allow “regular people” to be represented and for a press regulator to occupy the middle ground, he said.