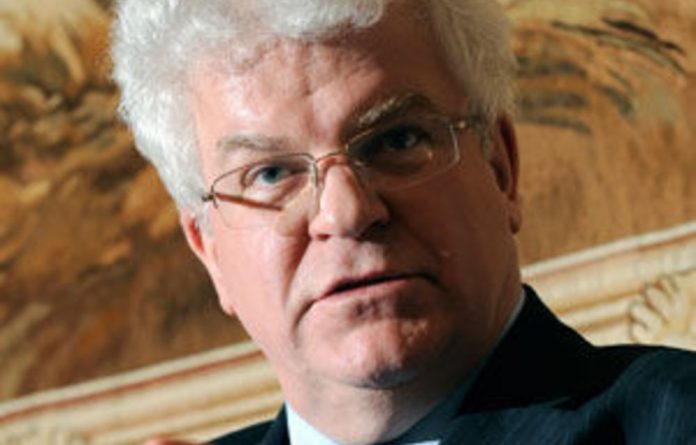 Russia signalled on Wednesday it would veto a draft UN resolution calling on Syria’s President Bashar al-Assad to step down unless it explicitly ruled out military intervention in the bloodshed touched off by protests against his rule.

Escalating violence in Syria has killed thousands of people and activists say Assad’s forces have stepped up operations against opposition strongholds across the country this week, from the Damascus suburbs to the cities of Hama and Homs and the border provinces of Deraa and Idlib.

Arab and Western states urged the UN Security Council on Tuesday to act swiftly on a resolution calling for Assad to delegate powers to his deputy and defuse the 11-month-old uprising against his family’s dynastic rule.

But Moscow’s envoy to the European Union, Vladimir Chizhov, said there was no chance the Western-Arab draft text could be accepted unless it precisely rejected armed intervention.

The draft “is missing the most important thing: a clear clause ruling out the possibility that the resolution could be used to justify military intervention in Syrian affairs from outside. For this reason I see no chance this draft could be adopted,” said Chizhov, Russia’s envoy to the European Union.

Russia and China, both veto-wielding Security Council members, have resisted a Western push for a resolution condemning the Syrian government’s crackdown on unrest.

British Foreign Secretary William Hague said the resolution could not be used to authorise military intervention and his French counterpart Alain Juppe said such an idea was a myth.

But Chizhov’s remarks suggested Moscow, a close strategic ally and important arms supplier to Syria during its 42 years in the grip of the Assad family, would not accept such assurances.

Russia says the West exploited fuzzy wording in a March 2011 UN Security Council resolution on Libya to turn a mandate to protect civilians in the North African country’s popular uprising into a push for regime change — backed by Nato air strikes — that led to the overthrow of Muammar Gaddafi.

“We are not calling for foreign intervention,” he said. “We are advocating the exertion of concrete economic pressure so that the Syrian regime might realise that it is imperative to meet the demands of its people”.

But he also warned the 15-member security council that Syria’s “killing machine is still at work”.

Syrian insurgents said Assad’s forces extended a military sweep overnight around Damascus to counter a rebel threat that had reached the gates of the sprawling capital.

A statement by a local rebel group in Damascus province said more troops and armour were moving into eastern suburbs and in the mountainous Qalamoun area north of Damascus, which Assad’s forces took over this week.

Extended control
There were army snipers in the suburb of Misraba, which has had no electricity or water for a week. Activists reported shops closed, a lack of basic supplies, and tanks in the streets.

North of Damascus, armoured troops controlled the town of Rankous and began extending their control into farmland surrounding it, bombarding the village of Telfita overnight, according to opposition activists.

In the Wadi Barada area on the edge of the capital, four people were killed in a tank bombardment on Wednesday morning to flush out rebel Free Syrian Army (FSA) units operating near the capital, activists said.

It was not possible to verify the reports as Syria restricts access for independent media.

“The Free Syrian Army has withdrawn but will be back,” said Fawaz Tello, a Syrian opposition figure who left for Cairo a few days ago. “The crackdown will only swell its ranks of professional soldiers [and] conscripts.”

“Do not let the Syrian people down in its plight,” he said.

The United States strongly endorsed the appeal from the Arab League and Qatar for “rapid and decisive action”, but China reiterated its reservations.

“China is firmly opposed to the use of force to solve the Syrian problem and resolutely opposes pushing for forced regime change in Syria, as it violates the United Nations Charter and the basic norms guiding the practice of international relations,” Xinhua news agency quoted Chinese Ambassador to the United Nations Li Baodong as telling the Security Council.

Syrian UN Ambassador Bashar Ja’afari rejected the suggestion his government was responsible for the crisis, and accused Western powers of dreaming of “the return of colonialism and hegemony” in the Middle East.

“The people who are obsessed with removing regimes in the region, they should be really thinking about the broader picture. And I’m afraid that if this vigour to change regimes persists, we are going to witness a very bad situation much, much, much broader than just Syria, Libya, Egypt or any other single country.” — Reuters