Miles Davis and the rebirth of Thabo Mbeki 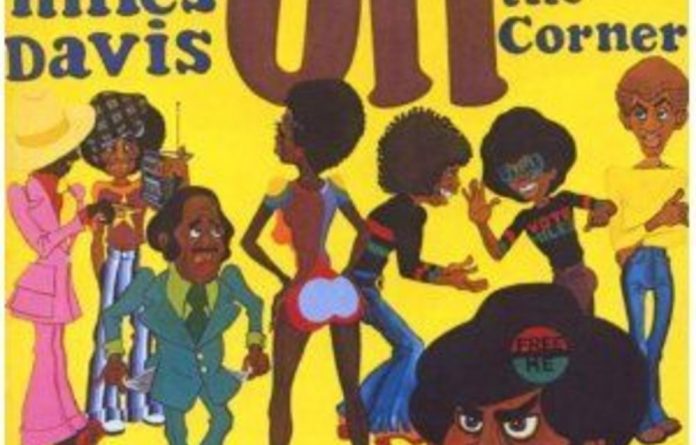 Former president Thabo Mbeki’s apparent rehabilitation last month — uplifted to near sainthood by some of the very comrades who helped rip the halo from his head at the ANC’s elective conference in Polokwane in 2007 — reminded me of what happened to jazz trumpeter Miles Davis when he released his 1972 album On The Corner (Otc).

When Mbeki became president in 1999 he charmed everyone with his intellect, urbaneness, eloquent speeches and alphabet soup of policy acronyms, from BEE and Nepad to Asgisa, not to mention his vision of an African Renaissance.

But then came his Aids dissidence, quiet diplomacy in Zimbabwe, the baiting of the “ultra-left”, and a centralised, cards-close-to-the-chest style of governance that made him more enemies than friends — enough enemies that the majority of the delegates at the elective conference were willing to vote against Mbeki, leading to his downfall and Jacob Zuma’s rise.

The anti-Mbeki charge was led by militants such as the ANC Youth League firebrand Julius Malema. The man who once could do no wrong was now, according to Malema, a “dead snake” that had to be buried. On September 20 2008, we witnessed the sad spectacle of Mbeki announcing on state television that he was resigning as state president after being recalled by the ANC’s national executive committee.

Meanwhile…
Quite coincidentally also in 2007, a lavish six-CD set called The Complete On The Corner Session was released with over six hours of music from 16 sessions, including the original On The Corner, as well as the Big Fun and Get Up With It LPs, and some other previously unreleased music.

Twenty-five years earlier, the jazz elite wasn’t ready for Davis’s funk opus OtC. Even his experimentation and improvisation with electric and rock instruments on In A Silent Way (1969) and Bitches Brew (1970), couldn’t prepare them for this album that was influenced as much by avant garde classical composer Karlheizen Stockhausen, as by the hardcore funk of Sly Stone and James Brown.

The first musician Davis hired for the OtC sessions was a 21-year-old funk bassist Michael Henderson, whose locked-in grooves provided the musical jumping castle for the jazz guru to bounce his Stockhausen-rooted abstractions.

In addition to Henderson, he used top musicians like Chick Corea, Herbie Hancock, John McLaughlin, Jack DeJohnette, with unusual instrumentation that included an electric cello and sitar, a kitchen kept cooking by five percussionists, and a tabla.

Davis and his brilliant producer Teo Macero took these loose, often chaotic sessions, and edited it down in the style of a collage to a genre-crossing masterpiece.

Except it wasn’t a masterpiece — at least not in the minds of the critics of the time. The jazz bible Downbeat didn’t quite call it a “dead snake” but it came close:

“Take some chunka-chunka-chunka rhythm, lots of little background percussion diddle-around sounds, some electronic mutations, add simple tune lines that sound a great deal alike and play some spacey solos. You’ve got a ‘groovin” formula, and you stick with it interminably to create your ‘magic’. But is it magic or just repetitious boredom?”

The critic thought it was worth a mere two out of five stars. “Repetitious crap,” according to a fellow critic. “An insult to the intellect of the people,” said another.

Wasn’t this the same pioneer Miles Davis who had already changed the course of jazz three or four times? With cool jazz in 1949. And later, modal jazz — with Kind of Blue (1959) the top seller of all time in the genre. And again, one year later, with the hugely successful fusion of jazz and classical music on Sketches of Spain (1960), not to mention his second great quintet with Wayne Shorter, Herbie Hancock, Ron Carter and Tony Williams, still rated as one of the best of all time. Then, between 1968 and 1972, Davis changed the path of jazz forever when he went electric with the aforementioned In A Silent Way and Bitches Brew, which led to the birth of jazz-rock … or fusion.

So why did the jazz elite hate OtC, and why was it Davis’s Polokwane moment?

“The truth is, they just didn’t like the fact that we had all these rhythms they didn’t understand and couldn’t get into,” explained the bassist Henderson. “And since they couldn’t get into it, they’d rather shun it. They stigmatised us with that.”

But in music, as in politics, times and tastes change. In politics, not five years, but seemingly aeons have passed since that heady time when Malema was even willing “to kill” for Zuma. He now never skips a moment (or a beat?) to malign Zuma instead of, erm, showering him with praise.

Last month Mbeki was received as a hero at the ANC’s centenary celebrations in Bloemfontein, with Malema suddenly his loudest praise-singer, and appearing especially keen to pose for
happy snaps with — it has to be said — a decidedly uncomfortable-looking Mbeki. “I wish he would reconsider his decision not to participate” in domestic politics, the youth leader said on SAfm.

The former president’s rehabilitation is clearly under way. People who hated his guts five years ago now give him five-star reviews.

OtC‘s rehabilitation took a good 30 years longer (around the time of the release of that extravagant box set in 2007). “Davis saw the future with this music. Be smart, do the same,” said Dominique Leone in a 9.2 out of 10-review in the hipster bible pitchfork.com. All Music Guide‘s Thom Jurek reckons OtC “is the most street record ever recorded by a jazz musician. And it still kicks.”

Three years after the release of OtC Davis retired due to ill health. By the time he returned to music the rest of the gang had caught up with his innovations and his subsequent albums like The Man With The Horn, Tutu, You’re Under Arrest and Doo-Bop were above-average popular jazz, but certainly not scene-changing.

There must have been a lesson in that — one that Mbeki was clearly was wise enough to know: Bask in the glory, but don’t get your shirt dirty in the rough and tumble of domestic politics. You might not got to the top of that hit parade again.