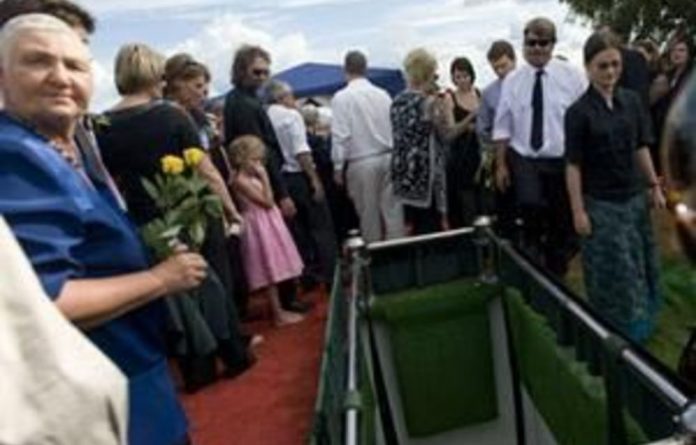 The officer investigating the murder of right wing leader Eugene Terre’Blanche admitted on Thursday that he was ignorant about the Child Justice Act when he arrested a minor in connection with the crime.

Lieutenant-Colonel Tsietsi Mano was responding to a question in the Ventersdorp High Court during the trial of a farmworker and a youth accused of killing Terre’Blanche.

“The first time I became aware of it was when I was called by advocate Eileen du Preez [also on the prosecution team] on April 5 2010,” he said.

Mano, who has been a police officer for 29 years, was the last witness called to the stand on Thursday.

Chris Mahlangu and the minor, who may not be named, are charged with beating Terre’Blanche to death in his farmhouse outside Ventersdorp in the North West in April 2010.

Both have pleaded not guilty to murder, housebreaking and robbery with aggravating circumstances. Mahlangu claims he acted in self-defence. The teenager has denied involvement in the crime.

No obligation
Mano read both their rights and explained that he could not accompany them if they pointed out the crime scene as he was the investigating officer.

He said he cautioned both Mahlangu and the youth that they were under no obligation to give a statement or point out crime scenes.

“The two accused did this out of their own free will.”

Captain Mojalefa Nkosi, who acted as interpreter and conducted the pointing out of crime scenes with Mahlangu, also testified on Thursday.

He said he acted as the interpreter because no interpreters were available at the time.

“I asked him [Mahlangu] if we could proceed without the presence of an interpreter and he said yes.” Both spoke Setswana.

Rights explained
When reading Mahlangu his rights, Nkosai said he would read a sentence and then translate it.

Kgomotso Tlouane, for Mahlangu, said his client disputed that his rights were read and explained to him.

Tlouane said Mahlangu informed him that he was given a blank form and told to sign and put his thumb print on it.

Nkosi replied: “No he is lying. I explained these to him. I completed these forms in his presence. I asked him these questions one by one.” Zola Majavu, for the minor, asked why Mahlangu was read an English form if the form was available in all 11 official languages.

He said Nkosi had put himself in a compromising position as he was acting as the interviewer and the translator.

A female police constable’s ability to read and explain rights to the two also came under fire earlier on Thursday.

‘You are pathetic’
Constable Kedibone Sophie Mokwele was asked by Tlouane to read a phrase written in English and explain it Setswana.

She was unable to do so, prompting Tlouane to say: “Madam, you are pathetic.”

In a trial within a trial on Thursday on the admissibility of evidence, the constable said she read the accused their rights after their arrest, first in English and then explained the contents in Setswana.

She admitted that she would struggle to continue her conversation with Majavu without the court interpreter.

She said her command of the English language was not good and that the version of rights explained to the two was a summary of what she had read in English.

The trial continues on Friday. — Sapa