Bulky Bidvest not appealing to all 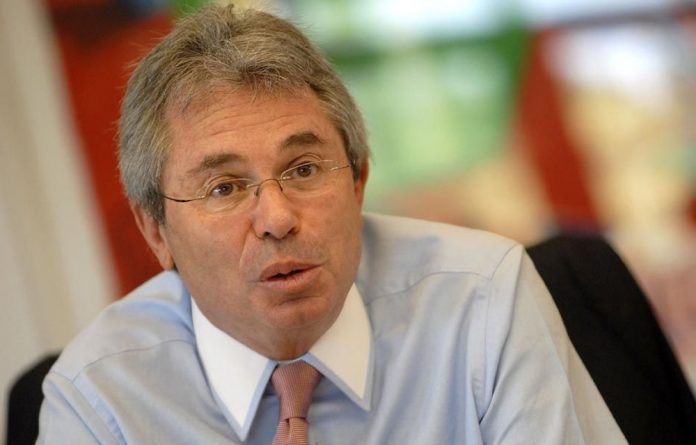 It has been nearly a quarter of a century since Brian Joffe established and listed Bidvest. His shrewd, opportunistic and steady purchase of industrial businesses, which are revamped and then left to thrive in autonomy, has kept shareholders flush and loyal and established him as an icon of entrepreneurism and wealth creation in South Africa. But, as Bidvest pushes past a market capitalisation of R55-billion, Joffe and his corporate team have to face up to the blessings and curses that size brings.

The trouble is that, once you are this big, bargain buys that build value for shareholders are thin. And if you are dominant across several markets in an economy destined for humdrum growth, earnings gains are likely to be limited.

In time, though, Joffe’s trump card will be his ability to draw value and earnings growth out of Bidvest Foodservice, the global and rapidly expanding food wholesaler that has taken on chunks of Europe and Asia Pacific as well as Southern Africa.

“Bidvest has evolved from being a highly acquisitive growth company to one that offers greater predictability and a solid blend of dividend yield and more pedestrian, yet sturdy, earnings growth prospects,” said Graeme Körner, from private client wealth manager Körner Perspective. “The days of Bidvest delivering consistent earnings growth well in excess of gross domestic product growth are over.”

Far from being put off by this shift, Körner classifies Bidvest as one of the top picks among South African industrial stocks. “It is a very well-put-together company with a healthy blend of local and foreign revenue and a mix of businesses that do well in different environments. Its earnings are relatively predictable.”

The investment case is broader, though. Investors like Körner cling to their Bidvest stock because of the potential for “value unlock”: the strong likelihood that the company will, in the long term, realise value by selling businesses or unbundling a portion of the group.

Last year Bidvest sold half of its 27% holding in India’s Mumbai International Airport Ltd, which operates the Chhatrapati Shivaji International Airport in Mumbai, bagging up to R400-million for shareholders. Given analysts’ hopes, there was some upset a few months later when Joffe and his team rejected outright an unsolicited R30-billion offer for Foodservice, which in the latest financial year made up half of revenues.

But Dirk Kotzé, portfolio manager at Coronation Fund Managers, reckons there is still opportunity for shareholders to benefit from a future sale or unbundling of Foodservice. “The valuations of these international businesses, which cover markets extending from the United Kingdom, the Netherlands and Poland to China, Singapore and Australia, are impeded by their position within a South African-listed entity. Should Foodservice be spun off, these valuations would adjust to more realistic levels.”

That begs the question: Would Bidvest remain an appealing investment without Foodservice? Nino Frodema, analyst at Momentum Asset Management, believes Joffe’s rebuff was appropriate. “Had the deal gone through, Bidvest would have been left with a diverse set of discount businesses — highly cyclical, mature businesses with low barriers to entry.”

He would prefer to see Bidvest shedding its poorer-quality businesses, such as Bidpaper, to focus on global emerging-markets food services. “If this were to happen, it’s likely that the conglomerate discount that investors apply to Bidvest will disappear over time.” Apart from that, he argues that Foodservice has good growth prospects.

The business restructuring, announced last year, could be a step towards dealing with weaknesses within the hodgepodge arrangement of underlying companies. It entailed the splitting of the group into two, namely Foodservice and the South African assets, and the further division of the local businesses into 10 themed and focused silos.

“I think this reorganisation will release some energy into the group, putting it back on a growth path,” said Kotzé. He believes the revamped South African component of the Bidvest portfolio could deliver growth that outpaces the average performance of the group, in part because the subscale businesses in the now smaller divisions could benefit from targeted takeovers that would make them more competitive. Because the bulk of these businesses are cyclical and at the bottom turning point of their earnings cycle, their prospects are promising.

On the local listed industrial space, Adrian Saville, chief investment officer at Cannon Asset Managers, would rather avoid conglomerates like Bidvest. “We are not particularly negative on Bidvest but, given valuation multiples and growth prospects, we are able to compile a really compelling basket of businesses by putting together monoline industrial opportunities ourselves, including the likes of Hudaco, Metair and Value Group.”

For other investors, though, there is enough appeal in Bidvest’s earnings structure to merit its inclusion in a portfolio. One attractive aspect is the group’s focus on services, which implies low capital intensity and translates into appealing cash flows.

Bidvest trades on a historic dividend yield — the last full-year dividend relative to the prevailing price — of just less than 3%. Although there are other JSE-listed stocks with more generous cash payouts, Bidvest’s cash rewards relative to its price could get better.

For those not yet invested in Bidvest, it is essential to buy exposure at the right price.

Körner said he had not bought any stock recently, preferring to wait until the share traded at R140 or below, which would place it on a price-earnings ratio of 10 times. The stock now trades at about R169.

Earnings growth for this financial year is likely to exceed last year’s tepid 6%, but tough trading conditions in South Africa and abroad will keep the business managers on their toes.