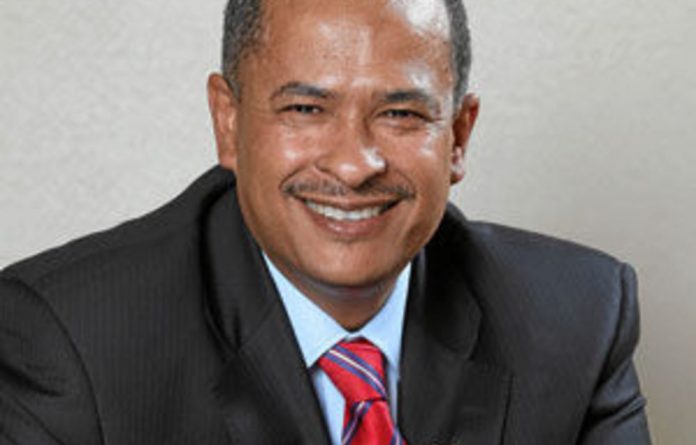 While the country fights to keep the lights on, economists are warning that Eskom is becoming a “silent risk” to South Africa’s gross domestic product.

The figures published on Eskom’s website paint an alarming picture of the strain the system is under.

In its medium-term adequacy report, they show an alarming plummeting in electricity supply into April, when the system is estimated to be down more than 7 000MW and the reserve margin hits below 26%.

But Eskom spokesperson Hilary Joffe has cautioned that the numbers are a forecast using raw data and that they factored in the ideal levels of maintenance the utility hoped to achieve, but thus far this had proved impossible.

The figures did not reflect improvements that could be made through the optimisation and rescheduling of maintenance, she said, and potential savings on the demand side.

Similarly, the figures given in the first quarterly systems update given by Eskom on Monday took into account the maximum achievable maintenance in coming weeks and allowed for up to 4 500MW in unplanned outages as a risk scenario.

Although the figures were not as dire in the presentation, as far as the risk scenario is concerned, they still showed a shortage of capacity of more than 4 000MW in mid-April.

Joffe said that such levels of maintenance were unlikely to be achieved, but it could not be deferred or rescheduled indefinitely.

The strain on the system is aggravating our economic outlook.

In a research note, Peter Attard Montalto of Nomura pointed out that Eskom’s drive to save 10% of electricity demand was coming from key growth-driving sectors such as mining, beneficiation, agriculture and parts of manufacturing, such as car production.

Following the 2008 crisis, these same users were asked to trim demand by 10%, amounting roughly to a 20% reduction in energy demand by growth drivers across the period of 2008 to the end of the next year, he noted. “We think this is a silent threat to GDP.”

Based on a rough estimation, should only minimal efficiency savings be made, it could result in a -1.5 to -2.0 percentage point drop in GDP, Montalto estimated.

There were, however, a number of “offsets” available to reduce demand, including large users such as smelters rescheduling electricity use to night-time hours, and others could employ efficiency technologies and change their practices, Montalto said. Should efficiency be reached on a par with that seen in 2008, GDP might only drop by a much lower -0.2 to -0.5 percentage points, which he deemed more likely.

The precarious supply situation is balanced against the soaring cost of replacing and building new capacity, which has contributed to large tariff increases over the past two years.

Analysts believe that, given the demand on the system, the risk of load-shedding is a greater threat to the country’s economic outlook, and they expect that double-digit price increases could remain in place.

In its latest monetary policy statement, the Reserve Bank pointed out that the price of electricity had been an important driver of inflation.

“The case for further significant above-inflation increases is questionable,” governor Gill Marcus said in the statement. “The determination of administered prices should not act as an inhibitor to growth and investment.”

But as much as the focus on electricity prices had re-emerged recently, Eskom’s warnings about the tight system highlighted just how real the potential was for another round of very disruptive electricity outages, said Absa Capital’s Jeff Gable.

Adrian Saville, the chief investment officer at Cannon Asset Managers, noted that between 1970 and 1985 Eskom had increased generation capacity from 7 000MW to 32 000MW. Since then, it had managed to increase it by only 9MW, in spite of the economy growing in size. Many Eskom power stations were nearing the end of their lifespans, he said, and the country would need to replace the aging stations over the next 15 years, roughly the equivalent of three-and-a-half additional Medupi power stations.

It could cost as much as R600-billion merely to replace ageing plant, he estimated.

Should the additional capacity keep pace with a growth rate of 5%, as aimed for in the New Growth Path over the next 15 years, the country would need to spend R1.2-trillion. Together with what it would cost to replace plant, this could bring costs up to R1.8-trillion, he estimated.

Consumers were reasonably starting to expect a moderation in electricity hikes, he said. But, given the tight system and the potential cost for new and replacement generation capacity, he believed that above-inflation tariffs topping double digits were likely to remain for years to come.

Joffe said Eskom was “deeply cognisant” of the broader impact on the economy. “We are cognisant of the need for savings, particularly from a broader base in order to spread and mitigate the impact across consumers,” she said. “These are country choices.”

Executives’ strategies to save power not just a lot of hot air
Aside from urging the nation to save energy, Eskom executives also do their part. Although most have switched to energy-efficient light bulbs and endeavour to switch off their geysers, many have also gone the extra mile.

Brian Dames
(Eskom chief executive)
Dames does not use underfloor heating and instead uses a wood fireplace and gas heaters in the colder months. His ceiling has been insulated and he has installed two solar geysers and uses a gas stove for cooking, even when boiling the kettle. Dames also boasts about his green pool, whose pump has been decommissioned. He switches off all equipment in standby mode throughout the house, but admits his biggest electricity consumption is lighting, mainly used for security.

Erica Johnson
(chief officer of strategy and risk management)
Johnson said that in the summer months her average electricity consumption was about 17kWh a day and 30kWh in winter. She cooks with gas and has also installed wood and gas space heaters. She has reduced her perimeter security lighting by half, put timers on two geysers in her house and has reduced the thermostat setting to 55 degrees. Johnson’s solar-water heating system preheats all the water in the house and the geysers finish the job. Thermal insulation has also been put on the piping system and in the ceiling.

Kannan Lakmeeharan
(divisional executive of Eskom’s delivery unit)
Lakmeeharan has installed a solar geyser and has put timers on all his geysers as well as insulating his house. He said he was planning to introduce a heat pump (a device that transfers heat from a colder area to a hotter area by using mechanical energy).

Tsholofelo Molefe
(divisional executive of group customer services)
Molefe estimates her household consumption to be less than 1 000kWh a month and has installed an online metering system to monitor consumption. She has installed a hybrid solar geyser and heat-pump system, as well as aerators on all water taps which, Molefe said, was good for water conservation. The swimming pool pump runs between 10pm and 6am and the refrigerator is energy-efficient.

Izak du Plessis
(senior general manager of strategy and risk)
Du Plessis has lowered the thermostat setting on his geysers and has switched the second geyser off. He has installed a “slow-flow” shower system as well as thermal insulation in the ceiling. He has removed the second light bulb in each security light and disconnected some of them.

Thava Govender
(divisional executive of generation)
Govender has changed the globes in the house to LEDs and switches geysers off when not in use.

Bhabhalazi Bulunga
(divisional executive of human resources)
Bulunga plans to be off the grid by the end of May. He will install photovoltaic electricity in his house and connect it in stages. “First, I will take the lights off the grid, then the plugs, the fridge, the microwave, the television and so on. I will then do the geyser and all other heavy items.” For emergencies, he plans to have prepaid grid power as a back-up. He already uses a gas stove and has installed a geyser switch.

Andrew Etzinger
(senior general manager of integrated demand management)
Etzinger’s consumption is between 800kWh and 1 000kWh a month. He has installed a heat pump on one geyser and switched off the other. He no longer uses underfloor heating and a year ago, decided to switch off the pool pump.

Dan Marokane
(chief commercial officer for group commercial)
Marokane said his electricity bill for the past 15 months hovered at about R500 a month for his 430m2 house. He has switched off extra geysers as well as the underfloor heating and uses gas for heating. He said he limited lighting in the house to occupied areas and also managed the pool pump.

Steve Lennon
(divisional executive for Eskom international)
Lennon estimates he has cut down usage by 50% over the past two years. He has installed solar-water heaters and heat pumps for space heating, has awnings and blinds for shade and has insulated his ceilings. He has fitted efficient shower heads and had a meter installed to show demand in real time. He has purchased more efficient refrigerators as well as a solar-dome thermal microwave oven and also makes use of a gas cooker and a fireplace.

Ayanda Nakedi (senior general manager of renewables)
Nakedi heats her geyser with a heat pump and uses a solar panel to heat the swimming pool. The pool pump also has a timer to ensure that it doesn’t run at times of peak demand. — Lisa Steyn