Foreign doctors hold out a lifeline 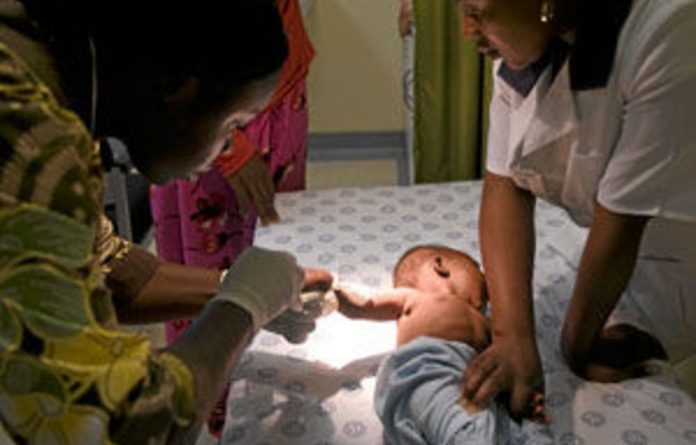 The South African healthcare system would not survive without the thousands of foreign doctors working in the country’s hospitals.

Many people might not like this statement, especially after shocking reports of a “fake” neurosurgeon from the Democratic Republic of Congo who worked in South African hospitals. The Health Professions’ Council of South Africa struck him off the roll in December after he failed to prove he was a qualified neurosurgeon. The council said it received false information that he had passed the necessary exams.

As a result, the process of registering with the council will now take longer, it said, because it needed to ensure that only qualified practitioners were registered. Minister of Health Aaron Motsoaledi also ordered that the council audit all foreign-qualified medical practitioners who have registered in South Africa in the past decade.

South Africans certainly need to be protected against bogus doctors — nobody would dispute that. However, authorities should not overreact to a single incident by blocking thousands of incredibly valuable foreign doctors from getting into the country by becoming more protectionist in their approach.

By all accounts, the aforementioned bogus doctor slipped through the system because of processes that existed but were not followed, not because of insufficiencies in the processes themselves. In a few months the much-anticipated pilot phase of the National Health Insurance (NHI) scheme will roll out in 10 districts and foreign doctors will play a vital role in ensuring its success.

For the NHI to be viable, public hospitals would have to be improved vastly, Motsoaledi said last year. Improving our public healthcare system will no doubt cause many sleepless nights for his department. Massive staffing gaps in public hospitals, which lead to long queues, contribute to negative perceptions about the system. Rural areas face the biggest challenge — 43.6% of the country’s population live in rural areas, yet they are served by only 12% of South Africa’s doctors and 19% of nurses. The health department’s human resources strategy document, launched in October, estimated a shortfall of 83 043 health professionals in the country last year.

The shortage was partly caused by medical schools not significantly increasing their graduate output. Between 2000 and 2008 South Africa’s eight medical schools produced, on average, only about 1 300 doctors annually. The vast majority of these graduates will work abroad or choose the private sector, leaving few doctors to work in public facilities. In 2003 more than 23 000 South African health professionals — including 8 921 medical practitioners — were working in the United Kingdom, the United States, Australia, New Zealand and Canada.

These strategies are necessary, but recruiting foreign doctors is an indispensable piece in solving the doctor shortage puzzle. According to the health department’s human resources strategy document, there are more than 3 000 foreign doctors working in South Africa, constituting about 10% of the medical workforce. However, there is still room to employ more. In the UK, a country with more resources than South Africa, more than one-third of registered doctors qualified abroad.

Recruiting foreign doctors should not be seen as a short-term solution. Foreign doctors can aid hospitals in becoming self-sustainable.

Africa Health Placements, a non-profit organisation that recruits locally and foreign-qualified healthcare workers to work in rural and underserved areas, has developed a recruitment model to assist healthcare facilities in becoming self-sustainable. Firstly, effective management has to be in place. Foreign-qualified health professionals who are willing to work in rural areas can then be recruited.

Once a contingent of foreign doctors is in place, local workers can be attracted more easily. With a team of experienced doctors on board, junior doctors and trainees will follow because they have the opportunity to be properly supervised and mentored. Management can focus on using the facility’s improved capacity effectively and a facility can then become self-sustainable.

An example of the success of this model is Taung Hospital, 75km south of Vryburg in North West.

The hospital only had four doctors in October 2010. In February 2011 two foreign-qualified doctors were recruited and placed at the hospital and by September another three had joined them. Having a more robust team in place has attracted local talent and two local doctors applied to work at the hospital last year.

Recruiting foreign doctors will be essential to the success of the NHI. But it has to be managed effectively to ensure that only qualified practitioners are registered and allowed to practise in South Africa. If we are serious about successfully implementing the NHI and tackling the staffing gaps at public health facilities, we should be making ourselves more competitive for these globally scarce and mobile resources by making it easier for foreign healthcare workers — with the proper qualifications — to work here.