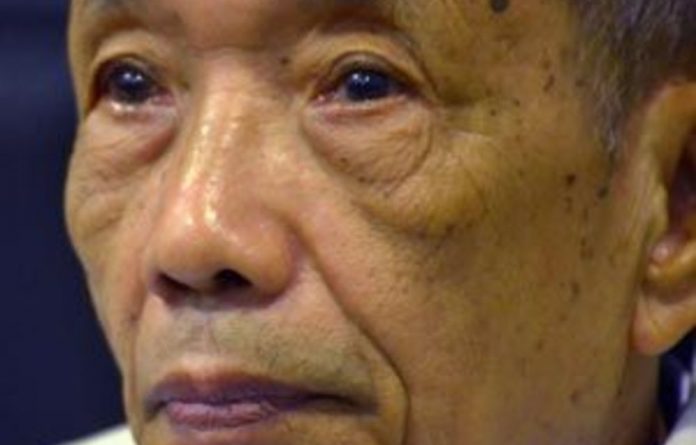 A former Khmer Rouge jailer who oversaw the deaths of about 15 000 people will spend the rest of his life in jail, Cambodia’s UN-backed court ruled in a final appeal verdict on Friday.

Kaing Guek Eav, better known as Duch, was originally sentenced to 30 years in 2010 for war crimes and crimes against humanity for his role as head of the feared S-21 prison in the late 1970s, but judges ruled on appeal that the initial punishment did not “reflect the gravity of the crimes”.

“The crimes by Kaing Guek Eav were undoubtedly among the worst in recorded human history. They deserve the highest penalty available,” Kong Srim said.

Duch, wearing a white shirt and a beige jacket, sat impassively in his chair as the ruling was read out, a brief pursing of the lips the only sign of emotion.

Hundreds of Cambodians, including orange-robed monks and elderly survivors of the brutal 1975 to 1979 regime, packed the court’s public gallery to witness the historic conclusion of the tribunal’s first-ever Khmer Rouge prosecution.

Led by Pol Pot, who died in 1998, the Khmer Rouge was responsible for one of the worst horrors of the 20th century, wiping out up to two million people through starvation, overwork and execution.

S-21, also known as Tuol Sleng prison, was the centre of the Khmer Rouge security apparatus and thousands of inmates were taken from there for execution in a nearby orchard that served as a “Killing Field”. — AFP