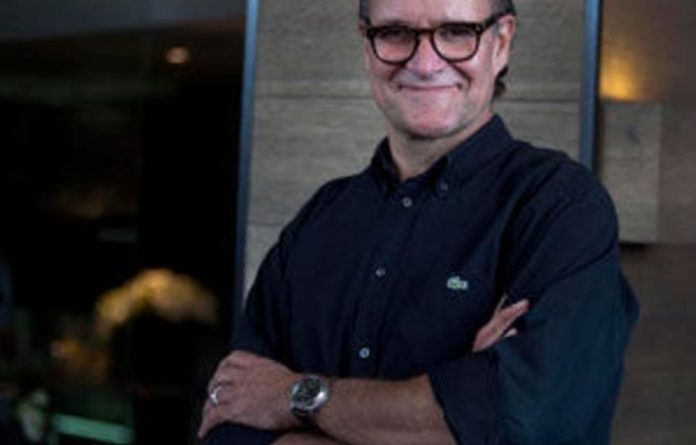 ‘You’re being irrational.” No one likes to hear those words. They are the verbal equivalent of a pat on the head. But, like it or not, we are fundamentally irrational beings. And the area in which we should be the most clear-headed, our personal finances, is usually the deepest vortex of self-delusion.

So when a South African internet start-up offers a way to short circuit our irrationality — to decode and modify our behaviour — you would think it would be an instant success. That is what 22seven, launched on January 26, promises to do.

It collects data on your financial habits, slices and dices it, and reveals the hidden costs of those impulse buys and late-night ATM visits. Then, by prodding you gently, it shows you how to save and spend more wisely.

The problem is that, in order to ingest this raw data, 22seven requires you to supply your login details for your internet banking account. For many South Africans that is equivalent to asking for a picture of their naked mother. It goes against the grain of everything we have been taught about internet banking.

In fact, there is nothing inherently unsafe about giving 22seven your details. It has the same level of security as your bank and it is clearly not a scam. Its founders plan to make their money from monthly subscriptions. Allowing even one user’s account to be compromised would kill their entire business.

Technically, you are not even giving your details to 22seven — you’re giving them to a third-party “aggregator” called Yodlee, which specialises in this kind of secure financial data transfer. No person at Yodlee (or 22seven) will ever see your login details, just as no staff member at your bank ever sees your ATM card’s pin. It is all handled by computers.

Considering that several of the United States’s biggest financial services companies use its services, Yodlee is about as trustworthy and secure as you can get. More than 30-million people use services that rely on Yodlee. That should calm even the most paranoid of users.

Alas, our local banks do not agree. Within two days of 22seven’s launch, all of the big four (Absa, Standard, FNB and Nedbank) had issued statements with variations on the same theme: don’t give out your login details to any third party, we won’t be held responsible if you do.

On Wednesday ABSA went a step further, explicitly blocking Yodlee from accessing its customers’ accounts. In an interview with Tech Central, Christo Vrey, ABSA’s head of digital banking services, said the move was aimed at protecting its clients.

22seven should have expected this kind of knee-jerk reaction by the local banking cabal. They are naturally conservative and fiercely territorial. This kind of thing pushes all their buttons at once.

I asked 22seven’s chief executive and founder Christo Davel why he had not met with the major banks before launching the service. “Our point of departure is to give un­biased, independent insight into your financial behaviour. As soon as you align yourself with any service provider, you lose that.”

Davel points to international precedents. “When the financial aggregators first launched in the US in 1999, a lot of banks were very hostile to them. Now seven out of the top 10 banks have direct data feeds to Yodlee.”

But is he not worried about the dire warnings issued by the banks? Davel chuckles. “I’m certain that the truth will come out, that the facts will speak for themselves. We as consumers need to realise that we own our data and we have the right to decide what’s safe and not safe.”

“Besides, if we had to wait for the IT departments of the major banks, we would never have launched. Their time frames don’t work in months, they work in years.”

Davel has tangled with the big four before. His previous venture, the online bank 20Twenty, attracted 40 000 loyal customers but folded after six years of valiant struggle. Why keep coming back to the industry that treated him so callously?

He chuckles again. “This is not banking. We’re helping people become aware of their unconscious behaviour so that they can make better use of their money and have better lives.”

22seven isn’t the first online financial application aimed at local users. Services such as Money Smart and 6Cents were in the market well before 22seven. All of these expect you to export data manually from your online banking account and then upload it to their systems. So why didn’t 22seven take this less controversial approach?

“We’re trying to help people become aware of their behaviour. The best time to do this is as close to the time of that behaviour as possible. This is not a monthly chore, it’s a daily check-up. We learn by making mistakes. You don’t learn to change your behaviour by looking at a monthly bank statement.”

Davel has a point. Financial literacy is critically low at every level of our society. South Africans of all stripes need to understand their finances better, and services like 22seven could be hugely beneficial.

But I am not convinced that the pronouncements of the big four will do as little harm as Davel suggests. 22seven is slick and easy to use — a world-class product. But illogical fear is more powerful than any user interface. 22seven is built around the idea that we are irrational creatures. It is a pity that its launch plan didn’t take that fact into account.

As the economy inches open, South Africa’s startups prepare for a post-Covid world

Dating apps have not killed dating

Alibaba and the $40-billion squeeze