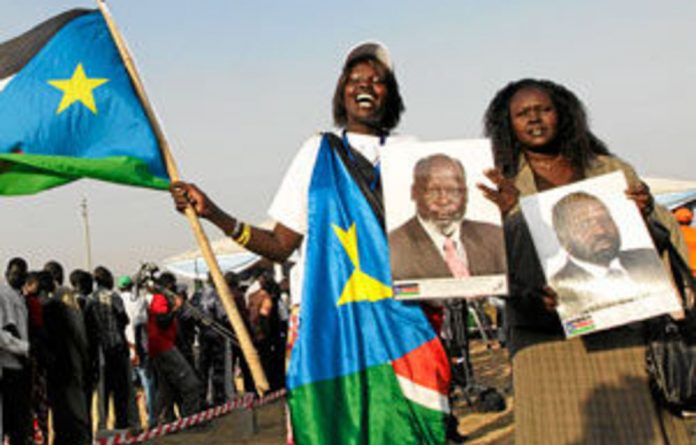 It is now a year since the people of South Sudan voted overwhelmingly for independence from Khartoum. The vision of a new era of peace and co-operation between north and south, endorsed at the time by President Omar al-Bashir and the southern leader President Salva Kiir, is fading fast amid deepening disputes over oil revenue-sharing, cross-border conflict and looming famine. These multiple crises combine to pose a fundamental question: Can South Sudan survive as a viable state?

The row over oil produced in the south but exported through the north’s pipelines and Red Sea terminal has been rumbling on since South Sudan seceded in July. Despite ongoing mediation efforts by the African Union, there is no agreement on transit fees. After Khartoum began confiscating oil in lieu of payment, the government in Juba took the dramatic step last week of shutting down oil production.

Pagan Amum, the south’s lead negotiator, told the Sudan expert and AU adviser Alex de Waal that his government would not bow to pressure from old enemies in Khartoum.

‘This is a matter of respect. We may be poor but we will be free,” Amum said. De Waal suggested the move was ‘suicidal” because oil money comprised 97% of the south’s budget.

‘South Sudan has set off its economic doomsday machine. The shutdown is beginning and within a week the oil companies will begin flushing the pipeline with water so that the oil it contains does not jam and turn into a 965km asphalt tube. After that, the best case would be six months’ work to reopen exports,” De Waal wrote.

Khartoum is far from blameless in the oil dispute, unhelpfully linking its resolution to simultaneous progress on intractable border, security and debt issues. In particular, Bashir’s government claims rebels loyal to the Sudan People’s Liberation Army in the south — but based in the northern states of South Kordofan and Blue Nile — are being directed from Juba. Ali Ahmed Karti, Sudan’s foreign minister, made the point forcefully in an interview this month.

‘Nobody can hamper us from taking our right. This is our entitlement,” Karti said, referring to oil confiscations. ‘If you are hosting rebels, preparing them against me, supporting them by munitions, by salaries, by training, by giving them all facilities, what shall I wait for? I’m waiting for war.”

As usual, Khartoum’s overly strong rhetoric undermines sympathy for its position. But it does have a point. Juba’s claim that it has nothing to do with the Sudan People’s Liberation Army rebels in the north is unconvincing. Sudan’s economy has suffered serious contraction since oil revenues dried up. And the United States, which pressed Khartoum hard to honour the 2005 comprehensive peace agreement and allow the south to secede, has cynically withheld previously dangled rewards, failing to lift economic sanctions and provide debt relief.

Tensions are being exacerbated by what looks like an escalating bombing offensive by Khartoum’s forces targeting rebel bases, which usually entails attacks on refugee camps. The latest incident was last week at a United Nations-assisted camp at Elfoj in Upper Nile state, South Sudan, almost 10km from the border. It left 15 people wounded or unaccounted for. A settlement at Danfona on the northern side was also attacked, reportedly by helicopters. Juba blamed the north for the violence.

The apparent rapid disintegration of north-south relations comes against the backdrop of a major famine alert in South Kordofan and Blue Nile, where a half-million people are reportedly in need of food aid. Khartoum has played down the issue and restricted aid agency access, ostensibly because of the security situation.

A lack of trust, old enmities, weak and self-seeking leadership, chronic underdevelopment, internal tribal unrest in Jonglei state, international meddling and disingenuousness, and now a self-imposed cut-off of its main source of income: this is the poisoned inheritance of South Sudan as it struggles to translate hard-won independence into a sustainable future.

US critics of Khartoum, such as Professor Eric Reeves of Smith College, are convinced the north is deliberately attempting to strangle the south at birth. A fairer assessment might conclude that, despite appearances, neither the north nor the south has fully renounced the generations-old conflict.

Only renewed and even-handed international engagement, reinforcing the AU’s efforts, has a chance of breaking these ingrained behavioural patterns. —