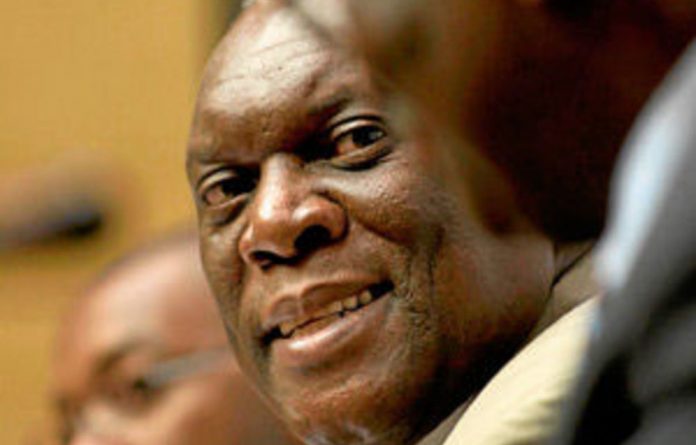 A storm is brewing over a draft Bill to be processed by Parliament this year that will legalise the bugging of citizens without a warrant in some circumstances and widen the scope of “counterintelligence” activities.

The Intelligence General Laws Amendment Bill has been attacked as “a major U-turn in government policy” and for largely ignoring the recommendations of the 2008 Matthews Commission, which highlighted unconstitutional provisions in South Africa’s intelligence laws.

Against the backdrop of other planned legislation that bolsters spies and weakens civil society, including the Protection of State Information Bill (the secrecy Bill), fears were expressed that the legislation is part of a broader drift towards a “security state” under President Jacob Zuma.

It is seen as marking the transformation from an intelligence mindset where the intelligence services are neutral gatherers of information which is passed to the executive to adjust policy or take action, to a state security mindset in which the agency views its role as countering “enemies of the state”.

This week intelligence expert Laurie Nathan, director of Pretoria University’s Centre for Mediation, called for the Bill to be the subject of public hearings and added that the joint standing committee on intelligence, whose members would dominate the ad hoc committee that would process the Bill, was “excessively secretive”.

“The parliamentarians on this committee are reluctant to play a rigorous oversight role, which is their constitutional obligation, and there’s a failure to involve Parliament and the public in the oversight process,” Nathan said. The standing committee had refused to discuss the Matthews Commission report on the grounds that “it had not been properly presented to Cabinet by former intelligence minister Ronnie Kasrils”, he said.

Nathan served on the commission.

Standing committee chairperson Cecil Burgess, who also led Parliament’s ad hoc committee on the secrecy Bill, could not be contacted for comment this week.

Brian Dube, spokesperson for State Security Minister Siyabonga Cwele, said on Thursday that the Matthews report had been taken into account in drafting the Bill, which was “a critical step in the quest to provide a sound legal footing for government’s efforts to develop a new intelligence dispensation — geared for the dynamic and evolving challenges of the 21st century”.

The Bill amends three existing intelligence laws and repeals another to accommodate the establishment of the SSA. Its purpose, it says, is “to address the proliferation of security structures” that had “the unintended consequence of duplicating several support functions” and “a negative effect on service delivery of the intelligence services”.

However, the proposed concentration of power prompted complaints by the Democratic Alliance’s spokesperson on intelligence, David Maynier, that the government was reversing the approach of the 1995 white paper on intelligence, which stated that the most significant departure from the apartheid dispensation was that, “instead of one centralised, national civilian intelligence organisation, there will be two”.

This arrangement, according to the white paper, “will not only ensure that the new intelligence dispensation in South Africa corresponds with general international trends but will promote greater focusing, effectiveness, professionalism and expertise in the specialised fields of domestic and foreign intelligence”.

Maynier, one of the DA’s representatives on the ad hoc committee, said his party was still studying the legislation.

“But,” he said, “it takes us back to the bad old days of the Bureau for State Security — Boss is back.

“What worries me is that there seems to be a process of ‘Stasification’ under way in the state security department. The spooks appear to be becoming more centralised, more politicised and more secret.”

Likely to cause controversy is a provision in the Bill allowing the interception of “foreign signals intelligence” by the SSA. This will, for the first time, give a legal basis for the work of the National Communications Centre (NCC), an obscure, high tech facility set up in Gauteng during the 1990s. By 2008 it boasted a staff complement of some 300.

The NCC’s telcecommunications and computer equipment can intercept and analyse large volumes of voice and internet traffic, both indiscriminately by listening for keywords, and in a targeted way by focusing on individual phone numbers, email addresses and even voice prints.

However, in practice the NCC has defined “foreign signals” to include cross-border communications where one of the parties is in South Africa and the other abroad. And because of the globalized nature of internet traffic, many emails, voice-over-internet conversations and communication via social media such as Facebook and Twitter — even if both end parties are in South Africa — would also be susceptible.

Now, the Bill attempts to introduce a definition of “foreign signals intelligence” that will allow the warrant-free tapping of cross-border communications to continue. The definition includes “any communication that emanates from outside the borders of the Republic, or passes through or ends in the Republic”.

The NCC’s capabilities have been abused in the past to target South African citizens. The inspector-general of intelligence’s 2005/6 investigation of the “hoax emails” saga — a bitter example of the intelligence services being dragged into the Polokwane succession battle in the ANC — found that the NCC had been used to target individuals domestically.

“The voice communications of at least thirteen members of the public including senior members of the ruling party, the opposition, businessmen and officials in the public service were so intercepted.” This, said then-inspector general Zola Ngcakani, “constituted a gross abuse”.

A first attempt to give legal status to the NCC’s work was an amendment bill submitted to parliament in 2008. It contained the same definition of “foreign signals intelligence” as in the present Bill, but went further to set some parameters for the NCC’s activities.

The 2008 Bill was ultimately withdrawn at the behest of the ad-hoc committee processing it, after four months of deliberations in which MPs repeatedly questioned the apparent breach of constitutional rights.

Among the MPs was Siyabonga Cwele — now minister of state security and sponsor of the present Bill — who, according to the minutes, “found incomplete and vague things to be problematic.”

The 2008 Bill would have restricted “foreign” interception to purposes including to identify security threats, serious crime, and the arguably overbroad “to advance international relations and the economic well-being of the Republic”. The present Bill, by contrast, contains no such limitations.

At the time, the only external submission was from the Matthews Commission, which expressed serious concern that South Africans’ constitutional rights, including the right to privacy, would be breached.

It recommended that the NCC’s “foreign” interception be brought under RICA, necessitating judicial warrants, and that provision be made for personal information, gleaned due to the facility’s ability to intercept indiscriminately, to be discarded. Neither of these recommendations were taken on board in the new Bill.

Said the Matthews Commission at the time: “Given the constitutional right to privacy, the state may not intercept private communication routinely and lightly. Infringements of this right must be a matter of last resort when non-intrusive means are unable to achieve a legitimate objective.”

Nathan said this week that he was concerned that the Bill failed to address other constitutional defects identified by the commission, including the failure of intelligence statutes to regulate all intrusive operations.

Merely by its definition of key terms, the draft legislation conferred ‘substantive powers on the intelligence services”, he said.

An analysis of successive intelligence laws underlines the gradual widening of the counterintelligence function in legislation.

The National Strategic Intelligence Act of 1994 defines counterintelligence as “measures and activities conducted, instituted or taken to impede and to neutralise the effectiveness of foreign or hostile intelligence operations, to protect classified intelligence and to counter subversion, sabotage and terrorism aimed at, or against personnel, strategic installations or resources of the Republic”.

This was amended in 2003 to extend the protection of intelligence from classified intelligence only to any intelligence, to add treason to the activities to be countered, and to add security screening to the counter-intelligence function.

Nathan said that a further problem was that the terms “impede”, “neutralise” and “counter” were not defined.

But in one respect, the Bill was an improvement on existing intelligence law, Nathan said: it borrowed almost verbatim the definition of national security proposed by the Matthews Commission. This excluded “lawful political activity, advocacy, protest or dissent” from the list of threats to national security.

* The online version of this article has been edited for purposes of clarity.

President Cyril Ramaphosa's Cabinet has been lauded for its inclusion of youthful faces and women.
Read more
Politics

The contract, to upgrade Sapo network facilities, was initially advertised in 2016 with both Telkom and MTN contesting
Read more
Business

In an effort to end strike action, the state-owned entity has answered the call for permanent jobs
Read more
National