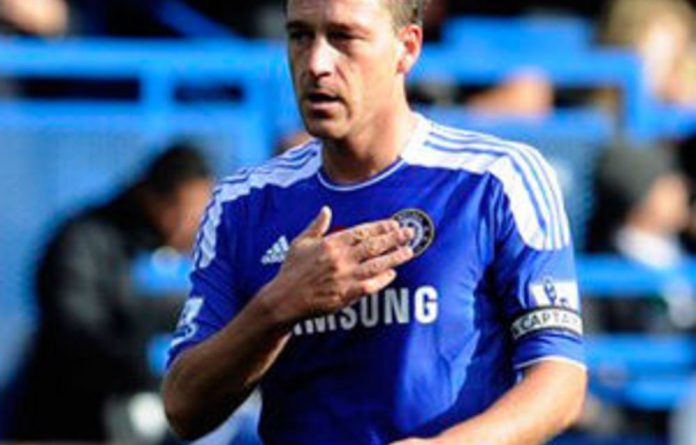 John Terry was stripped of the England captaincy for the second time in two years on Friday after mounting concern that his ongoing racism court case had made his position untenable.

The English Football Association (FA) confirmed in a statement that chairperson David Bernstein had contacted Terry to inform him of the body’s decision to remove him as captain until the allegations were “resolved”.

Bernstein had canvassed opinion amongst members of the FA board on Thursday to discuss the best course action for Terry, who is accused of racially abusing Queens Park Rangers defender Anton Ferdinand during a match last year.

Terry (31) strongly denies the charges and has vowed to clear his name. However the decision this week to delay his court case until July 9 left FA chiefs with the prospect of the saga overshadowing England’s Euro 2012 campaign.

“Following the decision to adjourn the court case against John Terry to July, the Football Association confirms he will not captain the England team until the allegations against him are resolved,” the FA statement said.

“This decision has been taken due to the higher profile nature of the England captaincy, on and off the pitch, and the additional demands and requirements expected of the captain leading into and during a tournament.”

Board’s authority
However the FA statement stressed Terry could still represent England in Poland and the Ukraine this summer.

“The FA board can confirm that he has not been excluded from the squad and that Fabio Capello is free to select him for the Holland fixture on 29 February and the European Championship,” the statement said.

The FA said Bernstein had explained the decision to Terry and Capello, who had reportedly been in favour of keeping the centre-half as captain.

“Fabio Capello has not been involved in the FA board discussions which reached this conclusion but understands the FA board has authority to make this decision,” the statement said.

“Fabio Capello will take the decision as to who will be made captain moving forward.

“This decision in no way infers any suggestion of guilt in relation to the charge made against John Terry.”

Private life
Friday’s developments marked the latest twist to Terry’s chequered England career following the decision to sack him as captain over allegations about his private life in the build-up to the 2010 World Cup.

The FA’s ruling comes after mounting calls this week for Terry to be replaced from politicians and anti-racism campaigners and commentators who warned of a “toxic” atmosphere in England’s multi-racial dressing room if he remained.

Anton Ferdinand’s older brother Rio is a member of the England squad, and in a further twist, could regain the captaincy following Terry’s sacking although Liverpool midfielder Steven Gerrard would also be considered.

Damian Collins MP, a member of the House of Commons Culture, Media and Sport Select Committee, had led calls for Terry to be fired.

“John Terry should stand aside as captain until the case is resolved and any doubt either way removed,” he said.

Toxic dressing room
“Innocent until proven guilty,” he tweeted. “But should John Terry remain as England capt through the Euros? I can’t see how he can.”

Reading striker and radio pundit Jason Roberts Tweeted: “Believe me … the dressing room at the Euros will be TOXIC unless the correct decision is made…!!!

Media commentators broadly called for Terry’s replacement, arguing that the mere fact of the charges make him an inappropriate figurehead for English football given the FA’s record in campaigning against racism.

“Racism is emphatically a public issue and to captain your country is a public role. Moreover, captaining England is not a fundamental human right,” said the Times‘ chief sports writer Simon Barnes.

“To choose, as captain of your country, a man who may have been guilty of racist behaviour is inappropriate, even if he denies it. So on those grounds alone it’s good night JT.” — AFP