The curse of the ill-fated apartheid-era imbongi 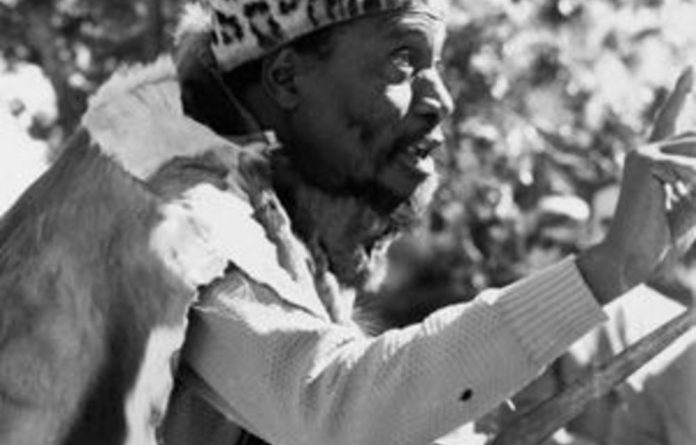 What was it like to be an imbongi, a praise poet, under apartheid? Ashlee Neser shows us in Stranger at Home what the possibilities and limits were for poet David Livingstone Phakamile Yali Manisi, for whom apartheid created increasing difficulties.

Her book is a timely study that fills one of the major gaps in what we know about the effects of apartheid on the lives and work of different kinds of artists, especially black ones. We know precious little about what an artist working in a traditional form and in rural South Africa had to contend with.

We know something about what it was like to be a black writer under apartheid, thanks to the work and life stories of authors such as Bloke Modisane and Es’kia Mphahlele. Both they — and many others — eventually left the country.

We also know something about how a later generation of writers founds its voice in the 1960s and 1970s in the era of strident Black Consciousness.

Searing criticism of apartheid
These writers blended the resources of traditional oral literary forms with the possibilities that writing and print offered them. Sipho Sepamla, Mongane Serote and Oswald Mtshali, among others, produced searing criticism of apartheid in performance and in books. Their books often promptly fell foul of government censors and were banned.

We also know how, in the 1980s, poets working in trade unions stoked resistance to apartheid with forceful performances at workers’ rallies. Alfred Qabula and Nise Malange were among the poets who shouted opposition to apartheid in the days of the United Democratic Front and the states of emergency. They praised the work done by their unions to improve the lot of workers and warned these unions to be wary of spies and other dangers. They lashed the government, police and censors.

So we know how the praise and criticism imperatives of izibongo, praise poetry, were taken up in urban settings. What we have not known well enough until now is how a rural poet was affected by the conditions under which he lived and worked.

Neser’s tight focus on the work of Manisi gives us an intricate view of how he came to prominence at the age of 21 and how his career was progressively frustrated by the circumstances he found himself in as the Transkei homeland leader Kaiser Matanzima’s official praise poet.

A life of verse
Born in 1926 in Khundulu location near Queenstown, Manisi was educated in the local school, at ­Freemantle Boys’ High and at Lovedale College. He was expelled from Lovedale after an aggressive praising contest with a boy from a rival clan and continued his education at Matanzima Secondary before he had to find work to support his family.

Manisi worked briefly in Port Elizabeth and later worked for the Native Recruiting Commission, but lost his job because of his political activities. He spent five months in prison in 1960 when political organisations were banned. He was then secretary of the Queenstown branch of the ANC.

It was these political ideas that he was never able to re-concile with the direction Matanzima took as leader of the Transkei.

Neser traces Manisi’s poetic production throughout his life, putting the spotlight on how the political context strained both the substance of his work and the form in which he was working.

The traditional role of the imbongi was to hold the polity together by articulating friction between the ruler and the ruled and pointing the way towards resolving such friction. In the early years ­Manisi viewed Matanzima with hope. He exhorted him to continue recognising Sabata Dalindyebo as paramount leader of the aba­Thembu, as had been the case with the Matanzima line since the late 1820s. His poetry repeatedly reinforced this view. When he realised Matanzima’s ambition was to promote himself at the expense of Dalindyebo, he broke with him in 1955.

Poetry versus politics
The book brilliantly untangles the knot of how an ANC-aligned poet came to have no place in the intensifying struggle of the 1970s. ­Manisi’s black nationalism was at odds with the African nationalism of the urban poets who were deploying the resources of izibongo.

His outlook was reconciliatory, making a space for all races in South Africa while not forgetting the dispossession of Africans under colonialism.

However, African nationalism had no patience for poets living and working in bantustans. It lumped them together as collaborators with Pretoria’s oppression of black people.

When his role as a traditional imbongi was no longer tenable, Manisi turned to print to preserve his poetry. He published five books of izibongo in addition to the poems he had published in newspapers in the 1940s and 1950s.

His books are largely ­forgotten today. Neser could access his recorded and printed poetry thanks to the long collaboration Manisi had with Jeff Opland. Opland reflected on this association in The Dassie and the Hunter (UKZN Press, 2005). Neser’s book sets Manisi more firmly as a significant poet alongside the more famous SEK Mqhayi, for instance.

Lost in translation
Neser’s is an important book that adds a fresh new voice to those of scholars of oral literature, such as Opland, Russell Kaschula, Liz Gunner and Duncan Brown. The book is at its strongest when Neser reads Manisi’s poetry closely, demonstrating how it became taut as a result of his difficulty in speaking in a context in which he could not find receptive audiences.

But the study is weakened by ­Neser’s inability to read Manisi’s poetry in its original isiXhosa. She is acutely aware of this limitation and spends part of the introduction on the problem. Would it not have been better simply to gain competence in the language as part of her project? At the very least, she could have put in the isiXhosa versions of the poems for the benefit of those readers who can read the language.

This question of language is crucial for literature and criticism after 1994. Manisi wrote to address a readership years after his death, which happened in 1999. To pay critical attention to him as Neser has done is to heed his address.

But to make his poetry available only in translation is to repeat the inability to be understood that Manisi felt when addressing white and American audiences.

It is to give with one hand and take away with the other. We can no longer keep doing this. Scholars must learn the languages of the work they are critiquing. One cannot study French literature without a working knowledge of French. Why is it acceptable to do it with African literature?