The gods are smiling on the Olympic games. 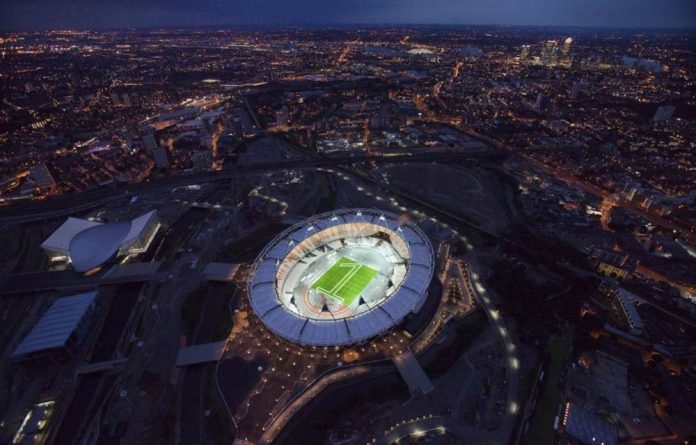 If medals were awarded for celebrating milestones, London 2012 organisers would already be groaning under the weight of precious metal.

With three years to go, Lord Coe and his London organising committee (Locog) team grinned for the cameras on the new Javelin train to the Olympic site at Stratford, east London. Two years out, British cycling Olympian Sir Chris Hoy sped around the already celebrated Olympic Park velodrome. With 12 months on the countdown clock, the mayor of London, Boris Johnson, played his traditional Paris-baiting role in the newly unveiled aquatics centre and Prime Minister David Cameron invited the world to the British capital from Trafalgar Square — accompanied, incongruously, by Princess Anne and pop band The Feeling.

But with six months to go and the organising committee kicking for home, or whatever other sporting metaphor you choose to employ, things have got serious. The cavorting one-eyed mascots — sinister to adults, oddly appealing to kids — have been pushed to one side; the east London schoolchildren in matching T-shirts given the day off. Instead, the world’s media will be walked painstakingly through plans for the next six months, from the final batch of ticket sales to the torch relay and all the way to the opening ceremony on July 27.

The years spent poring over spreadsheets and models are about to be put to the test under the glare of world media not necessarily predisposed to London after the cheerful kicking doled out to previous Games by the British press.

Until recently, progress appeared remarkably smooth. The organising committee had reached Olympic year without the mass resignations, sackings, government splits and huge cost overruns that have defined previous Games. The venues were built, sponsors brought onboard despite the economic crisis and tickets all but sold out.

But the pressure of imminent delivery has caused cracks in the façade. Although ticketing has been a triumph in terms of revenue, it has dented public confidence. The scramble for the final batch of 1.3-million sales in April will be a stern test.

The organising committee’s reputation for painstaking attention to detail took a dent when security numbers inside venues more than doubled — from 10 000 to 23 700 — requiring a call on the military and pushing the £9.3-billion budget to the limit.

Then there is the ongoing drip, drip of negative publicity over Dow Chemical’s sponsorship of the wrap that surrounds the stadium, fuelled by campaigners who believe it has yet to answer fully for its links to the 1984 Bhopal disaster. It is a wholly unnecessary row, especially given that many believe the stadium looks better without the wrap, and taps into the worst fears of some about the relationship between the Games and big business.

For all that, organisers could not hope to be in much better shape ahead of the home straight.

Transport, security and weather still an issue for organisers
The three biggest imponderables remain the same as when the bid was won: London’s crowded transport system, security and the British weather. There will be plenty of doom-laden prognoses issued for each but organisers believe they have done all they can.

Regarding transport, London chiefs are relying on entreaties to commuters and ticket holders alike to consider alternative routes and changes to their travel plans. Security costs and numbers have soared but organisers insist it won’t affect the atmosphere. And, short of investing in cloud-seeding technology like the Chinese, the weather remains in the lap of the gods.

The stage is ready — now the organising committee needs to put on the show and build the public mood. Most of the public remains excited by the sporting spectacle and an excuse to party but unsettled about aspects of the juggernaut about to hit London.

As the focus switches, probably some time around the torch’s arrival in May, from logistics to the scale of the sporting spectacle, the lesson of previous Games is that cheerleaders will start to drown out cynics.

Most importantly, the cohort of Team Great Britain athletes who will have the biggest impact on the mood of the nation appear in fine shape following a period of unprecedented public investment.

Organisers hope for an early “moment” — perhaps a gold for cyclist Mark Cavendish on the first weekend — to catalyse support.

In truth, we won’t really know just how gaga the British public will go until Danny Boyle unveils his Underworld-soundtracked opening ceremony. —