Torres and Carroll have given January sales a bad name 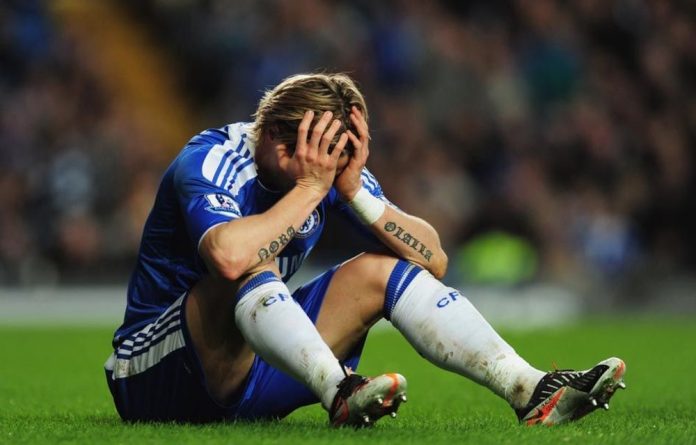 The transfer market can give wealth a bad name. January 31 2012 must bring a shudder to a pair of clubs. They have to note the first anniversary of spectacular spending that has mostly bought them not only disappointment but anxiety about their own powers of judgment. A year ago Chelsea paid Liverpool £50-million for Fernando Torres while Andy Carroll arrived from Newcastle United to fill the vacancy at Anfield at a cost of £35-million.

Different valuations would apply now. Indeed, a spoof had Carroll on eBay at a reserve price of 99p. It seems a very long time ago since he and Torres wore their new jerseys to be photographed and feted. The promise is always at its peak at that moment.

Newcomers of this sort are greeted as much with trust as with excitement and ultimately show the fallibility that lurks within everyone in all walks of life.

Torres and Carroll were signed to bring an element of surprise to their teams but ineffectiveness was not among the intended outcomes. It is a feat of sorts that they have avoided finding the net on so many occasions. Moments of encouragement have been misleading. When Torres came off the bench to notch his first goal for Chelsea, the finish that put the side 2-0 up in a 3-0 win over West Ham United last April, he was mobbed by his team-mates.

Considering he had been unable to score over a span of 903 minutes, there was the traditional claim that someone who had gone through such frustration would henceforth be irrepressible. That sentimental assumption is so far unfounded. If there is any consolation for the current manager, André Villas-Boas, it lies in the fact that the deal for Torres was done during the reign of his predecessor, Carlo Ancelotti.

There is a tendency to speak of mental blocks and it does stand to reason that the instinctiveness crucial to finishers wanes when they become encumbered by second thoughts. Even so, it is a little glib to suggest that Torres should be placed in the custody of sports psychologists. It often looks as if there is nothing much amiss with him. The excitement he can cause and the technique that underpins it were indisputable, for instance, in the middle of January when he hit the bar with a scissors kick that left Frank Lampard to force the ball over the line for the only goal of the match with Sunderland.

Torres is frequently foiled because he seems obliged to go deep or wide in search of possession. That, in turn, may reflect a fear that the Chelsea line-up, despite some newer signings, still does not seethe with the creativity that would allow Torres to relax and wait for an opening in the central areas.

Carroll, too, could make a valid complaint about lack of service. Stewart Downing was meant to be the provider but, so far, the link with the striker has been tenuous. In his free time Carroll, born in Gateshead, likes to go back to Tyneside and perhaps he might also be sentimental about the style of play he knew after the club had risen from the Championship in the 2009-10 season.

The options included service from Joey Barton on the right and Jonas Gutierrez on the left, with Shola Ameobi providing close support in the centre. That 4-4-2 structure is most unlikely to be provided for Carroll nowadays.

However, the tactics that isolate him in attack are self-defeating. It was no coincidence that Carroll at last made his impact last weekend when the substitute, Dirk Kuyt, did get close enough to collect the knockdown and score the winner against Manchester United in the FA Cup tie.

That style of football can sound coarse but it is also hard to counter when the supply to the target man is accurate. Indeed the toils of Carroll at Liverpool reflect the so far disappointing work by, specifically, the winger Downing. As it is, there has been too little scope for the striker to show the precision and power he has in his left foot.

He may not have the range of Torres but, costly as he was, that also explains why Carroll was markedly cheaper. Although both men are under scrutiny, there are too few alternatives for the clubs to abandon faith. —