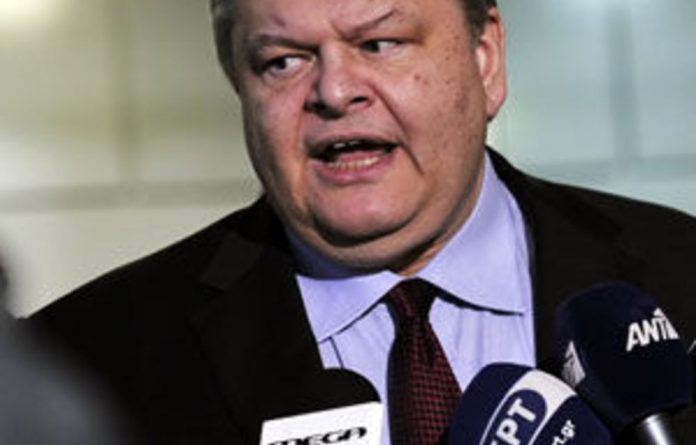 Eurozone finance ministers told Greece it could not go ahead with an agreed deal to restructure privately held debt until it guaranteed to implement reforms to secure a second financing package from the eurozone and the IMF.

Eurozone ministers had hoped to meet on Monday to finalise the second Greek bailout, which has to be in place by mid-March if Athens is to avoid a chaotic default, but the meeting was postponed because of Greece’s reluctance to commit to reforms.

Instead, the ministers held a conference call on Saturday to take stock of progress on the second financing package, which eurozone leaders set at €130-billion back in October.

“There was a very clear message that was conveyed from all participants of the teleconference … to the Greeks that enough is enough,” one eurozone official said. “There is a great sense of frustration that they are dragging their feet.

“They should get their act together and start talking honestly, decisively and speedily with the Troika on the aspects of the programme that remain to be finalised — on fiscal and labour market reforms,” the official said.

The troika are the representatives of the European Commission, the European Central Bank and the International Monetary Fund, who have prepared a Greek debt sustainability analysis on which the second financing programme will be based.

“The main issue is the lack of reform, or prior action, in Greece,” a second eurozone official said.

Frustration
Eurozone ministers were also dissatisfied with Greece’s Finance Minister Evangelos Venizelos because they believed the minister was paying more attention to his position within his party ahead of the April elections than to talks about reforms.

“There is a great sense of frustration with Minister Venizelos, who is very hard to get hold of because he is very busy campaigning for the leadership of [the Greek party] Pasok, so he is not available to meet with Troika members,” the first official said.

Greece’s finance ministry said that comment seemed “ridiculous, if not suspicious, to all those who have a basic knowledge of the minister’s daily schedule”.

The ministry said his schedule included long meetings with troika representatives, constant contacts with counterparts and heads of institutions involved in the troika, meetings with the prime minister, teleconferences, contacts with the Institute of International Finance on a planned bond swap and generally “superhuman efforts made 24 hours a day” by a small group of people led by Venizelos.

The first eurozone official said ministers had vented their frustration to Venizelos during the conference call.

“He is preparing his own political future, rather than the future of his country. People are seriously disgruntled about that and have conveyed this very clearly to him this afternoon,” the official said.

Athens admits to tough talks
In Athens, Venizelos admitted to a growing sense of impatience with the Greeks.

“There is great impatience and great pressure not only from the three institutions that make up the troika but also from eurozone member states,” Venizelos said after what he called a “very difficult” conference call with eurozone counterparts.

“The moment is very crucial. Everything should be concluded by tomorrow night.”

Jean-Claude Juncker, who chairs the Eurogroup of eurozone finance ministers, voiced the possibility of default.

“If we were to establish that everything has gone wrong in Greece, there would be no new programme, and that would mean that in March they have to declare bankruptcy,” he said in an advance copy of comments to news weekly Der Spiegel.

Greece has secured a debt restructuring deal with private creditors to halve the value of Greek debt in nominal terms, and in exchange receive new, 30-year bonds with an average coupon below 4%, officials said.

Clear message
But eurozone governments will only agree to bolster the debt restructuring, called private sector involvement (PSI), with €30-billion and further finance the Greek government through 2014 if Athens presses on with reforms.

“The message to Greece now is very clear. The PSI as it stands now is broadly OK, but we will not allow you to go ahead with the PSI unless we have guarantees that the rest of the reform to make the whole situation sustainable in the long run will be delivered,” the first official said.

“We don’t want to give them the PSI, because once we do, we surrender our leverage to obtain any more concrete commitments in terms of policy,” the official said. “Before we go ahead with the PSI … we want to have assurances that Greece is actually capable of implementing the second programme.”

Debt restructuring is likely to hit Greek banks harder than others, because they hold a lot of Greek government bonds.

Some EU officials said on Friday that eurozone governments may now have to contribute closer to €145-billion than the originally envisaged €130-billion to the second financing package to help recapitalise Greek banks after the bond swap.

But there is strong resistance to that idea from several countries, including paymaster Germany.

“It is highly unlikely that the overall envelope will increase,” the second official said.

“In some capitals there is absolutely no appetite whatsoever to reopen the size of the financing package,” the first official said.

Who pays?
Investors and some EU officials have suggested that any additional money needed to make Greek debt sustainable could come from the ECB, which holds a portfolio of around €40-billion €50-billion worth of Greek paper.

The issue was not discussed at the Saturday call, however.

“This is off the table now. Everybody is saying now that before we can start discussing what the public sector can do, should do or may do, let’s talk to the Greeks about what they are prepared to do,” the first official said.

“If the Greeks don’t start delivering, the question of Official Sector Involvement (OSI) is superfluous.”

International lenders to Greece would like to see a lower minimum wage, the removal of the 13th and 14th month “bonus” salary and the liberalisation of labour markets — issues that are politically difficult for Greek parties before the April elections.

“We hope that over the next 12 to 24 to 48 hours they will get their act together and … discuss these matters very urgently with the Troika,” the first official said.

Eurozone officials said that Greece, betting that the eurozone would not allow a disorderly default because of the possible repercussions across the 17-country single currency bloc, was playing a dangerous game.

“They think, that we think that the unthinkable cannot be thought. But they better think again,” the first official said.

The eurozone expects Greek politicians to come up with a consensus on reforms by Monday, but a letter committing to reforms from political parties may not be enough at this stage, the official said.

“We don’t care so much about signed letters by now, we want a clear timetable for legislative action, we would expect them to put it in legislation and pass it possibly before the end of February or in early March. That is the best guarantee. Better than any signature,” the first official said. — Reuters