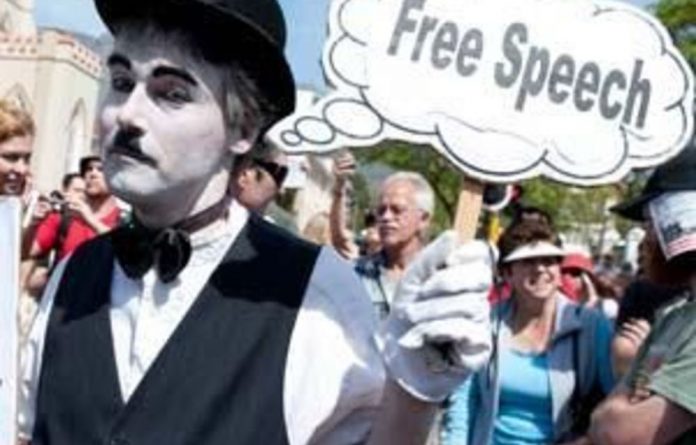 Questions have been raised about whether the Parliamentary Communication Services (PCS) has been able to remain impartial in its reporting of the public hearings on the contested Protection Of State Information Bill.

This comes after the PCS, which is supposed to be politically independent, sent out a press release that labelled one of the hearings in Barkley East, Eastern Cape, a “resounding success” and implied that this was because members of the public supported the Bill — sometimes referred to as the “secrecy Bill”.

The release, which appears to support the Bill, said that residents in the Joe Qadi district “flooded the venue” and showed a “keen interest in and understanding of the Bill”, while an “overwhelming majority of the speakers welcomed the Bill” and that residents “unanimously” threw their weight behind it.

But Democratic Alliance MP Alf Lees says that these “residents” were actually ANC supporters who were bussed in to the hearings, which “effectively turned the event into an ANC rally”.

“This was a clear attempt by the ANC to project the image at the hearing that the Bill is broadly accepted by the public,” he said.

The press release made no mention of supporters being bussed in. It also differed sharply in tone from other releases put out by the PCS, which have been more measured.

Poor attendance
Lees, a member of the ad-hoc committee for the National Council of Provinces (NCOP), which is considering the Bill, said that attendance at the hearings had generally been poor and that many people have expressed dissenting views concerning the Bill.

The Bill seeks to regulate the way information critical to state security is handled.

Groups opposed to the Bill say its powers are too far-reaching. It would allow sentences of up to 25 years for people who reveal state secrets and provides little protection for whistleblowers
in the civil service and no protection whatsoever for investigative journalists, researchers, or ordinary members of the public.

It also contains a provision, which states that the Bill would trump the Promotion of Access to Information Act, which NGOs often use to get the state to release information that affects citizens’ rights.

Despite the concerns raised by trade unions, political parties and NGOs, the Bill was approved by the ANC majority in Parliament and referred to the NCOP for further discussion. The NCOP is holding hearings on the Bill in each of the provinces. Hearings have already been held in the Western and Eastern Cape and will continue in the Free State this week.

Disregard for dissenting opinion
Commenting on the tone of the release, Media Monitoring Africa director William Bird said its most serious implication was that it could indicate a level of bias on the part of the committee and show disregard to citizens who had taken issue with the Bill.

“The emphasis of the process should be about how inclusive it is, how they are hearing the voices of South Africans and how they will help ensure a piece of legislation is not only understood but has also had the input of many more ordinary citizens.”

However, he added: “Of course it might just be that a rather exuberant media person got carried away with the wrong message.”

Murray Hunter, the national coordinator of the Right2Know campaign, which has campaigned for the Bill to be amended so that its powers are more narrowly defined, said its affiliate organisations reported that hearings in Thembalethu, Gugulethu and Nelson Mandela Bay had not been conducted in a way that gave people a proper chance to participate meaningfully.

“People coming to the meetings are not given a copy of the Bill, nor are they given a fact sheet. Many of the communities hosting public hearings, such as Thembalethu and Gugulethu, appeared not to have even heard about the events,” said Hunter.

Lack of clear and neutral information
“We were seriously surprised to see Parliament’s statement that so many people applauded the Bill and knew it inside out. Our enduring experience of the hearings has been that the public is frustrated with the short notice of the events, angry that there is a lack of clear and neutral information to guide the debate, and deeply concerned about certain provisions in the Bill,” he added.

The PCS has admitted that there had been “difficulties” in rolling out information on the campaign in the Western and Eastern Cape but said steps are being taken to deal with these issues.

According to the PCS, a team from the Public Education Unit visits the designated areas in the days before a public hearing and distributes copies of the Bill and other information about the hearings to residents.

Its explanation for the contested press release is that it was in fact a comment piece that was accidentally published.

“PCS is committed to representing the institutional legislative process accurately. A comment piece on our website was inadvertently published without a qualifier and we apologise for this omission,” it said.