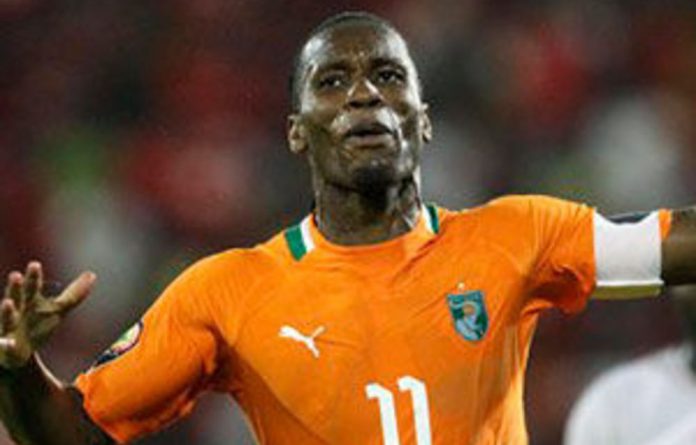 Côte d’Ivoire and Ghana are on course to meet in a showpiece final at the African Cup of Nations (Afcon), with only semi-final opponents Mali and Zambia able to prevent the eagerly awaited showdown.

Côte d’Ivoire’s star-studded squad has won all four matches without conceding a goal in its quest for a first cup success in 20 years, while Ghana, losing finalists two years ago, is looking for a fifth title.

Ghana must first beat Zambia, which has enjoyed an impressive Cup campaign so far and is motivated to make the final in Libreville in memory of 25 players and officials who died in a plane crash near the Gabonese capital 19 years ago.

Côte d’Ivoire’s opponent, Mali, is bidding to reach its first final after having beaten co-host Gabon on penalties in the quarterfinals.

Despite scoring eight goals without reply, Côte d’Ivoire has so far failed to find the quality performances expected of Africa’s top-ranked team that contains some of the world’s best players.

Led by Premier League-based stars like captain Didier Drogba, Yaya Toure and Gervinho, the cup favourite is expected to hit top gear at some stage with the gifted generation of players aiming to finally claim international success.

‘Fight to win’
“The most important thing is to go through because we have failed three times in this competition,” said Toure, referring to a runner-up finish in 2006, fourth place in 2008 and a disappointing quarterfinal exit in 2010.

“We have fantastic players and fantastic strikers but we have to fight to win this competition.”

Mali stands in the way of Côte d’Ivoire’s progression to the final after talismanic midfielder Seydou Keita scored the decisive penalty in the quarterfinal shootout following a 1-1 draw with Gabon.

The Malians fell behind against the favoured co-host but refused to surrender and scored a late equalizer to set up extra time. Penalties followed and all five Mali spot kicks hit the back of the net.

That performance suggested the West African side copes well with the underdog tag.

“All the players in my squad are of the highest standard,” Mali coach Alain Giresse said. “They are amazing players and everyone here respects and loves them. Besides, the whole team has played in tournaments in the past and are familiar with the terrain.”

Ghana’s clash with Zambia is tinged with sadness after midfielder Anthony Annan’s mother died last Thursday. Despite the bereavement, Annan decided to stay to help the squad try to win the Cup for the first time since 1982.

Dangerous opponent
“Winning the title would serve as a big honour in memory of my mother,” he said.

The Black Stars squeezed past Tunisia with an extra time goal from Andre Ayew in a 2-1 win but the extra half-hour of play and a delayed arrival in the Equatoguinean city of Bata for the semi-final could take its toll.

Zambia also has special reason to make Sunday’s final in Libreville, the city where it lost a generation of players when their plane plunged into the ocean, killing everyone on board.

In that 1993 crash, Zambia lost probably its best team in its worst sporting disaster, with 18 players and seven officials dying.

The Southern African side topped Group A before crushing Sudan 3-0 in the quarters and is considered a dangerous opponent.

“We don’t have any pressure, we want to beat Ghana to get to the final,” said coach Herve Renard, who wears a lucky white shirt to all his team’s games. “I’m very happy to play the semi-final of the African Cup. We are very proud to be there, we will play at 100% and try to give everything. We don’t want to give up or regret anything.

“Everybody expects a Côte d’Ivoire-Ghana final and everybody thinks it will be a surprise if we get through. Everybody except us. We are not afraid of Ghana. We have a lot of respect for them.” — Sapa-AP