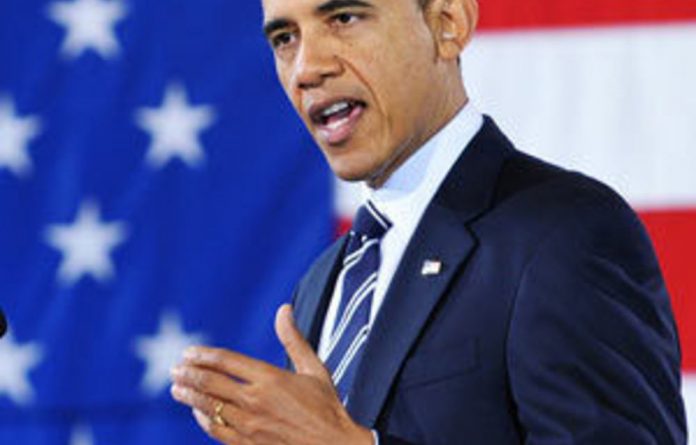 Boosted by rising US jobs figures, President Barack Obama’s approval rating has hit the magical 50% mark and he has opened up a clear lead over his likely Republican opponent in November, a poll showed on Monday.

The poll by the Washington Post and ABC television found Obama topping the 50% barrier — seen as a critical threshold for an incumbent seeking re-election — for the first time since Osama bin Laden was killed last May.

Pollsters said Obama’s ascent comes as the US economic recovery appears to be finally taking hold with voters appearing more confident and comfortable with his policies.

The latest US figures released last week found that the unemployment rate has fallen to 8.3%, the fifth straight monthly decline since August, when it stood at 9.1%.

The US president now holds a solid nine percentage point lead over the frontrunner for the Republican nomination, Mitt Romney, in a hypothetical general election matchup, according to the survey.

Obama leads Romney 52% to 43% among all Americans, and by a narrower 51% to 45% among registered voters — his first time topping 50% in a head-to-head matchup with Romney since July, the pollsters said.

His approval numbers are much better than they had been a few months ago when they sank as low as 34% among swing voters.

As the Republican nomination battle grows more bitter and divisive, the public’s view of Romney, seen as the clear frontrunner after back-to-back wins in Florida and Nevada, has soured, the poll found.

Fifty-five percent of those who are closely following the campaign said they disapprove of what the Republican candidates have been saying.

Romney, a former Massachusetts governor and multimillionaire venture capitalist, appears to have been hurt by negative assaults launched by his rivals for the nomination, in particular former House speaker Newt Gingrich.

By more than two to one, respondents said the more they learn about Romney, the less they like him, while 57% of those polled said they approved of most of what Obama’s laid out in last month’s State of the Union speech.

The poll of 1 000 adults and 879 registered voters was conducted between February 1 to 4 and has a margin of error of plus or minus four percentage points. — AFP