Egypt aid on a knife’s edge over US activists’ trial 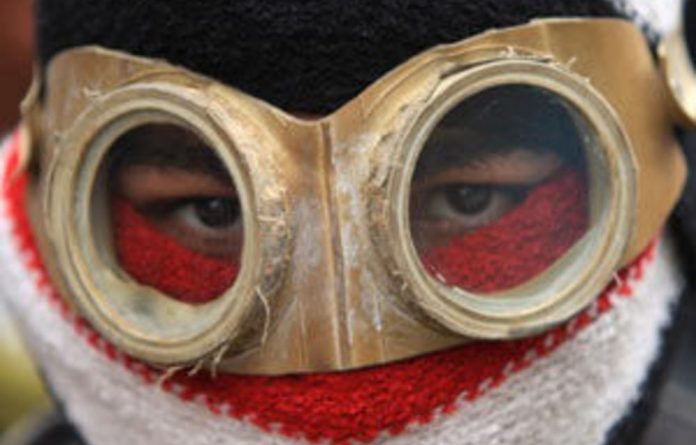 A trio of leading US senators on Tuesday warned Egypt that the risk of a “disastrous” rupture in ties had “rarely been greater” amid an escalating row over the planned trial of US pro-democracy activists.

Echoed by a bipartisan chorus of anger from US lawmakers, Republican senators John McCain and Kelly Ayotte, joined by independent Joe Lieberman, also warned that US congressional “support for Egypt — including continued financial assistance — is in jeopardy.”

Washington provides some $1.3-billion a year in aid to its key Arab ally — one of the biggest aid packages offered to any nation.

“The current crisis with the Egyptian government has escalated to such a level that it now threatens our long-standing partnership,” the senators wrote in a joint statement.

“There are committed opponents of the United States and the US-Egypt relationship within the government in Cairo who are exacerbating tensions and inflaming public opinion in order to advance a narrow political agenda,” they said.

“A rupture in relations would be disastrous and the risks of such an outcome have rarely been greater,” the senators added.

Illegal funding
Egyptian justices have announced plans to put dozens of pro-democracy activists, including 19 Americans, on trial over alleged illegal funding to foreign aid groups — a move that has clearly left US lawmakers seething.

The row has led some to openly question the crucial Egypt-US partnership that has anchored America’s Middle East policy for a generation and helped keep the peace between Israel and its Arab neighbours.

Democrat John Kerry, influential chairperson of the Senate Foreign Relations Committee, berated Egypt’s leaders for what he said was a “slap in the face to Americans who have supported Egypt for decades and to Egyptian individuals and NGOs who have put their futures on the line for a more democratic Egypt”.

He accused unnamed figures of “engaging in a very dangerous game that risks damaging both Egypt’s democratic prospects and the US-Egyptian bilateral relationship”.

Republican Senator Lindsey Graham warned that US aid to Egypt could be cut if activists end up being imprisoned.

“If anybody goes to jail I think there’ll be a backlash you can’t contain,” Graham told reporters.

‘Absolute overreaction’
Asked if that meant scrapping the aid Washington provides to Egypt, Graham replied: “Yes, I think very much at risk.”

“The red line for me is incarceration. If any American or NGO staff member is pre-trial confined or post-trial confined, that’s just an absolute overreaction,” he added.

There was anger in the House of Representatives as well, with congressman Kay Granger, who chairs a subcommittee on foreign appropriations, warning that “the harassment of Americans who are in Egypt trying to help build their democracy is unacceptable.

“Not one more dollar should flow to the government of Egypt until the secretary of state can assure the American people that this issue is resolved,” she said.

The offices of several local and international NGOs including Freedom House and the International Republican Institute were raided in December by Egyptian authorities as part of a probe into alleged illegal funding.

Then last month, several US members of the NGOs were barred from leaving the country, including Sam LaHood, the son of US Transportation Secretary Ray LaHood who is the IRI’s country director for Egypt.

Taking refuge
American officials said “a handful” of the pro-democracy activists subsequently took refuge inside the US embassy in Cairo, fearing arrest.

McCain and colleagues in their statement called for a resolution of the crisis “that ends the harassment and prosecution of the employees of US non-governmental organisations operating in Egypt.”

“We continue to believe that a solution to this crisis is achievable and it is clearly in both Egypt’s and America’s national interests to do everything we can to bring it about as soon as possible,” the senators added.

If no resolution is reached soon, however, “consequential damage could be done to the US-Egypt partnership”.

Amnesty International on Tuesday accused Egypt of holding the civil society groups “hostage” with a law dating back to ousted president Hosni Mubarak’s regime and called for the charges against the accused to be dropped.

“Egyptian authorities should scrap a Mubarak-era law used to prosecute civil society and ensure its planned replacement upholds the right to freedom of association,” the London-based group said. — AFP

Biden to face clash over race in upcoming Democrat debate

Trump walks out on Democrats as impeachment talk heats up

Joe Biden: Popular, seasoned Democrat with a cumbersome past

In US presidential race, how old is too old?

US House to vote on blocking Trump emergency