Lindiwe Mazibuko is not the role model we need 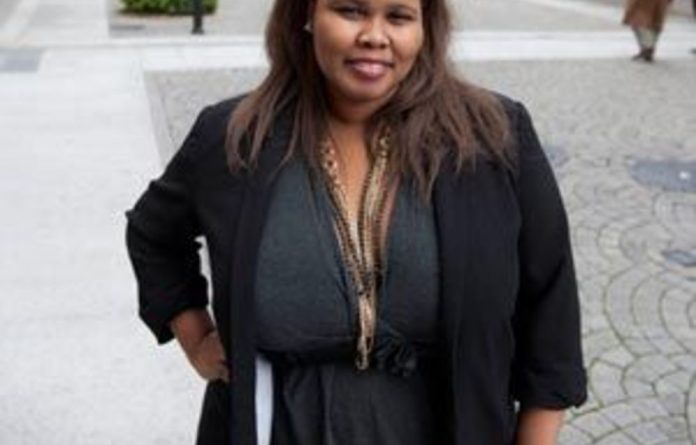 My heart sank when I saw the headline.

It was brought to us by our local wire agency and adapted by various news outlets. It went on to say:

Democratic Alliance parliamentary leader Lindiwe Mazibuko responded to the party’s leadership polemics on Monday by saying she had become a role model for young girls of all races.

“The demographic of young people I get stopped by in the street most are teenage and pre-teen girls of all races who ask me which subjects they should take in high school to become an MP, and who say they think it is so exciting that I’m a member of Parliament and that my hair looks great,” she told the Cape Town Press Club [on Monday].

It wasn’t that the article focused on throwaway comments instead of the bulk of her pre-State of the Nation speech: that’s par for the course for politicians. Neither was my primary concern that the article had clearly been angled and titled to gently poke fun at the young and extremely self-confident leader.

What saddened me was that the headline hinted at something that could have been a reality, but simply is not: the examples depict Mazibuko’s supposed status as but a faint and disappointing shadow of what it should be.

Mazibuko burst on to the political scene at a young age and was propelled up the DA ladder at an astonishing speed, to become the leader of opposition in Parliament. That she is the great black hope of a largely white party fighting for relevance in South Africa is obvious.

When I first started covering Mazibuko and her story in 2009, as she became a young parliamentarian, I was struck, as were so many South Africans, at how easily she handled the complex reality of being black and living in a largely white world.

Many people didn’t realise that the UCT-educated, well-travelled and eloquent young woman had partly grown up in a township and experienced many of the discriminations and horrors that were part and parcel of apartheid. But she also had middle-class parents and had moved to a “white” area and school long before other black people did.

What had crippled many black people in our country had barely slowed her down. The psychological trauma of being seen as inferior, which countless black people still struggle with, was overcome with a flick of that great hair.

So when she became the face of the DA and positioned to become that hoped-for role model, I couldn’t wait to hear what Mazibuko had to say.

Her natural gift for public speaking — twinned with her unique experiences in this country — would make her a potent figure, I was certain: someone who could speak with heartfelt conviction about her own experience and use it to offer hope and healing for others, and chart a way forward in a fraught post-apartheid landscape.

I thought of Barack Obama’s incredible speeches. He used his diverse cultural experiences to gather together a divided nation and give hope to all its people.

In my most optimistic moments I saw Mazibuko doing something like that, even if it was in a smaller and less grand fashion. Our country was desperate for that sort of figure: one who could acknowledge our collective and individual hurts while also leading us forward.

Instead we were subjected to the same tired line we have heard from too many DA leaders: that the party and all its members are post-race. Move on, they seem to imply. Or act like a “born free” and stop bothering us with these issues.

Mazibuko has internalised this denialism wholesale, effectively robbing herself of the enormous potential she possesses.

She could have used the endless racial aches and pains experienced by so many South Africans as a powerful rallying point, meting out inspiration and drawing people closer to her and her party.

She could have acknowledged hurts and proffered forgiveness and understanding as a way forward.

She could have tried to fill some of the massive gap left by the gracious public spirit of Nelson Mandela and Desmond Tutu.

Instead she resorts to cold functionalism, refusing to dig deep or get personal to any degree among people of a land crying out for someone with sincerity and heart.

It’s not that she doesn’t have it. We glimpsed a bit of that heart in her impassioned speech to Parliament before the secrecy Bill was voted in by an ANC majority. She spoke with moving conviction, challenging the injustice before her with courageous eloquence. But when it comes to issues of race she withdraws. In response to the ANC’s propensity to use race to divide, she shies away from it altogether, instead of using it to unite.

It’s a missed opportunity from a young leader who could give us so much more. And South Africans are left between a rock and a hard place: with one party that stirs up the old fires of racial hatred and another that instead treats the issue with unhelpful defensiveness or outright denial.

Advertisers must be punished for spending only 2% at black agencies