Schools go without, but workbook JV gets thumbs up 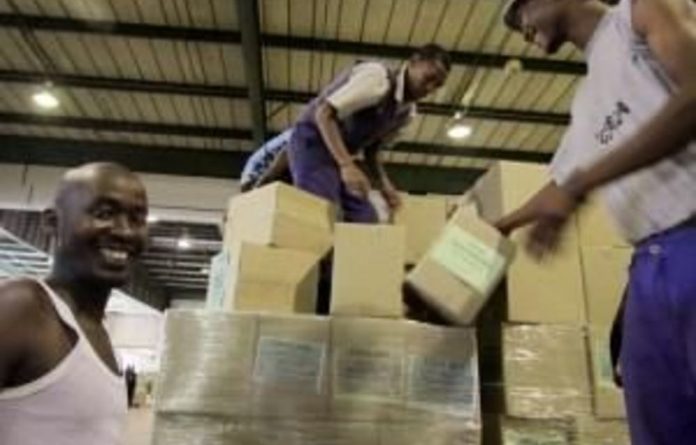 Granville Whittle, speaking for the department, said the consortium had worked out all right, saying the joint venture did not deserve to have a penalty clause invoked against it, which would effectively prevent it from winning the multimillion tender again.

“The JV performed relatively well as it was a massive logistical operation to print and distribute the workbooks,” he said.

But delivery problems were widely reported in the media during the beginning of last year, and the Mail & Guardian reported last week that delivery was patchy again this year.

Even now, the department admits that three out ten pupils in the country do not have workbooks. It said growing of the project from the 24-million workbooks of last year to the 54-million commissioned this year compelled it to extend the delivery deadline by two weeks, and added that all of the country’s 24 000 schools will have all of their workbooks early next week.

The workbooks were introduced to “strengthen learners’ achievement in the critical skills of literacy/language and numeracy/mathematics”, the department said.

Lebone Litho Printers and Paarl Media won the tender for the second time in October 2011. Department documents show that the consortium will charge over R446-million for printing and more than R165-million for deliveries over three years.

Principals from different parts of the country reported distribution problems last year, and said this year had seen similar problems with delivery.

Ngoako Rapaledi, the principal at Ntji-Mothapo Primary School in Ga-Mothapo, said his school had been short of workbooks throughout 2011. The school had to “improvise” by photocopying the material, Rapaledi said in his capacity as provincial chairperson of the South African Principal’s Association.

“There was no class with complete workbooks in my school. We had to photocopy exercises. Many schools experienced shortages. [In some instances] you found that a school with 500 learners had 250 workbooks,” he said.

A primary school principal in Kagiso, who asked not to be named, said he foresaw a repeat of last year, where they didn’t receive any workbooks at all until the second term (which starts after the March school holidays). “They were delivered in the second term [last year] and there were not enough,” he said.

The M&G understands that grade 6 pupils at schools in the west of Gauteng failed to receive any maths and language workbooks in the third and fourth terms. A well-placed source in the west district confirmed this. “Schools in our district received no language or maths workbooks for six months,” she said, adding that 50% of the schools in the area were still waiting for this year’s first workbook deliveries.

“Last year we complained and complained but the distributor didn’t deliver, I hope we’re not going to have something like that again this year. We’re tired of this. We need the workbooks, but we’re not getting them.”

An education expert who was part of the department team that produced the workbooks but declined to be named said it had not come as a surprise that Whittle had said the companies performed well.

“But you can ask principals they’ll tell you that delivery was inadequate. Principals of the schools I speak to generally say there were shortages and the books did not arrive on time. The problem was largely delivery, printing was done on time and adequately,” he said.

But Paarl Media refuted claims that deliveries were marred by delays and shortage problems. “The success of the project is such that the department has extended the project by three years and doubled the number of workbooks to be printed and distributed,” said its chief executive, Steven van der Walt. “The department is satisfied with the performance of the Paarl Media/Lebone Litho JV on this project.”

Hope Mokgatle, minister Angie Motshekga’s spokesperson, said the problems from last tear stemmed from incorrect figures that had been given to the distributors by from some provinces.

“Despite these challenges, the JV was able to deliver workbooks to schools throughout the country, often having to make numerous drops to schools as numbers changed,” she said.

“The department, in awarding the tender, has assured itself that the service provider appointed is able to deliver the service as required.”