Beyond the silos of South African literature 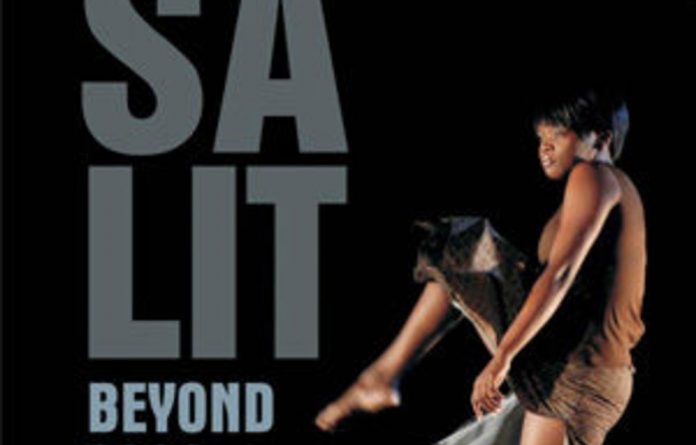 As its striking cover image suggests, this substantial offering from UKZN Press is very much about the now. Its 400 pages, divided into 17 ­chapters and an introduction, survey an array of current topics and genres in South African literature from poetry, prose and drama to ­autobiography, diasporic literature, gay or ­alternative writing, eco-literature and much more.

Chapman’s introduction usefully surveys the field, giving the reader some sense of the chief characteristics of current South African ­literature and setting the tone for the chapters that follow.

The very ­category “South African literature”, Chapman observes, is under pressure, something explored in detail in the first chapter, Leon de Kock’s typically provocative “The End of ‘South African’ Literary History?”, which takes a look at the notion of what constitutes the category South ­African literature and how literary prize judges have assessed value in this field in recent years.

In the chapters that follow, ­Margaret Lenta makes some insightful remarks about recent debut ­novels, Sally-Ann Murray takes to the street with Vladislavic, Mhlongo, Moele and others, whereas Eva Hunter and Siphokazi Jonas expertly survey recent black and white women’s writing — rather disconcertingly, however, in separate sections.

A full survey
Breaking with the survey style of most of the other chapters, Ileana Dimitriu looks at how Gordimer has fared post-apartheid, Marcia Blumberg and Miki Flockemann in successive chapters explore contemporary South African theatre with an impressive degree of familiarity with its startling diversity, and then Chapman returns with a highly readable survey of recent South African poetry in English, demonstrating that he has lost none of his grasp of the subject.

Afrikaans poetry of the past decade gets an airing by Louise Viljoen, after which Helize van Vuuren examines in some detail the recent works of Antjie Krog, a writer who gets much attention in the volume as a whole. isiXhosa literature expert Russell Kaschula surveys recent research into oral performance, documenting how technology has enabled an otherwise evanescent medium to be preserved and researched, a phenomenon captured in his own coinage “Technauriture”.

Annie Gagiano undertakes an impressive survey of autobiographical writing of the last 10 years. Betty Govinden examines the burgeoning field of recent South African Indian writing and Nhlanhla Mathonsi and Gugu Mazibuko explore the major changes that isiZulu literature has undergone in the democratic era, freed from its demeaning school setwork status under apartheid.

Johan Jacobs examines the phenomenon of diasporic South African writing, discussing recent works by Coetzee, Breytenbach, ­Gordimer, Mda and Patricia Schonstein-Pinnock, and Cheryl Stobie looks at “queer or alternative” fiction of the past decade and makes some ­particularly astute remarks about the dystopian novel Moxyland by ­Lauren Beukes, who gets several other mentions in the volume and who will no doubt be centre stage should an update of this book be undertaken in 10 years’ time.

Dan Wylie concludes by theorising the ­literature-ecology nexus and providing an expert historiographical ­survey of South African texts that have pertinence to such studies.

This volume began life as a special issue of Current Writing, the University of KwaZulu-Natal-based literary studies journal, and has matured into a handsome, well-edited and useful survey of South African ­literature of the past decade or so. ­Catherine Dubbeld’s meticulous index to the volume deserves special mention for providing access to what would otherwise be an impenetrable mass of information.

Gaps and deficiencies
Inevitably, in a book of this nature, there are gaps and deficiencies. ­Coverage of more indigenous languages would have been welcome. The coverage there is generally spreads itself wide and does not, with a few notable exceptions (Coetzee, Vladislavic, Gordimer, Krog), have much depth. So the book has, overall, a predominantly “survey” feel. This is not inappropriate, however, given that so much stocktaking needs to be done, which is something that SA Lit: Beyond 2000 achieves admirably.

It is a ­veritable storehouse of information, overview commentaries and sources, and a valuable resource for scholars in the field who want to take initial sightings of what has recently been produced in the various genres and topics.

The sense of unease I felt when putting the volume down had less to do with the book itself than with South African society and culture in general.

I was left wondering whether literary critics and academics in the dark 1980s would have predicted that South African literature, and literary scholarship in particular, would still largely be in its apartheid-era silos two decades after the shackles came off.

Bridging the gaps
Few academics and readers are both able and willing to traverse the linguistic and discursive divides between the different South ­African languages with much facility. How many of us routinely keep up with developments in, say, isiZulu, ­Afrikaans and English South African literature?

For a host of pragmatic and commercial reasons, South African ­literature will continue to be predominantly in English, with the other languages providing flavour and ­texture — as, for example, in Niq Mhlongo’s unruly and entertaining novels. But the future belongs to the polyglot among us. Shubnum Khan, whose consummate debut Onion Tears (2011) I have just read, uses much more than a merely decorative sprinkling of Afrikaans and Urdu in her otherwise English-language text, and I was delighted to see that she does not provide translations for the linguistically inept like me.

Craig MacKenzie is professor of English at the University of Johannesburg and co-author, with Gareth Cornwell and Dirk Klopper, of The Columbia Guide to South African Literature in English since 1945 (Columbia University Press, 2010; Unisa Press, 2011)