Force and fashion on show at the People’s Parliament 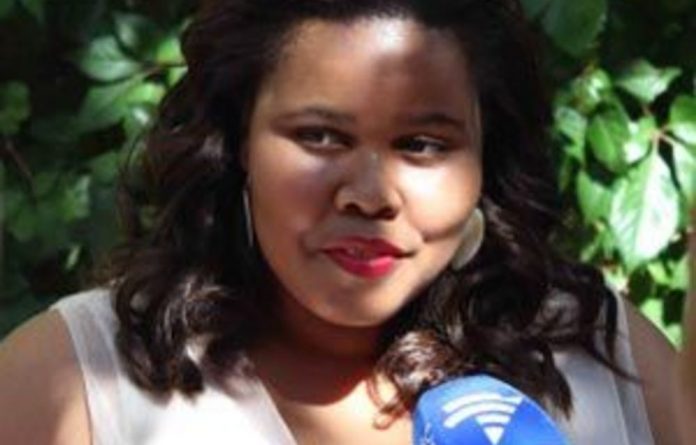 This year, Parliament tightened the screws on security with high police visibility around the precinct, scanners placed in all entrances and belligerent police officers manning the area.

Roads around Parliament — including the very busy Roeland Street, which lies adjacent to Parliament — were closed from very early on in the day, throwing traffic in the CBD into chaos.

While in the past the media could wander around, conduct interviews with MPs and other guests, this time journalists were allocated a small box in front of the Poorthuis building, which MPs used as their entrance to the National Assembly for this occasion.

This led to several clashes with the police and threats by a police officer in charge of the media area, to throw journalists out of the precinct.

Two long-standing members of the press gallery, who have about 20 years between them, said they have never seen a tighter security for the opening of Parliament.

“Besides their huge presence, the police are more abrasive than ever,” said one senior journalist.

Meanwhile, MPs, politicians and celebrities put on their Sunday best for the occasion.

The windy conditions didn’t put women off the dresses. There was a mix of traditional and glitzy outfits.

The DA’s parliamentary leader, Lindiwe Mazibuko glowed in a beige creation by Kluk Cottages said that she spotted the dress on the shelf and had it tailored for her. “Last year, I was a bit disorganised, but this time around I planned my outfit a couple of weeks beforehand,” she said.

Sindi Chikunga, the chair of the police portfolio committee, also stood out in a red sari, which she got in Durban, while Independent Democrats leader and Cape Town mayor Patricia de Lille chose a coral pant suit.

ANC spokesperson Jackson Mthembu wore a navy suit which he “wears every day to Luthuli House”.