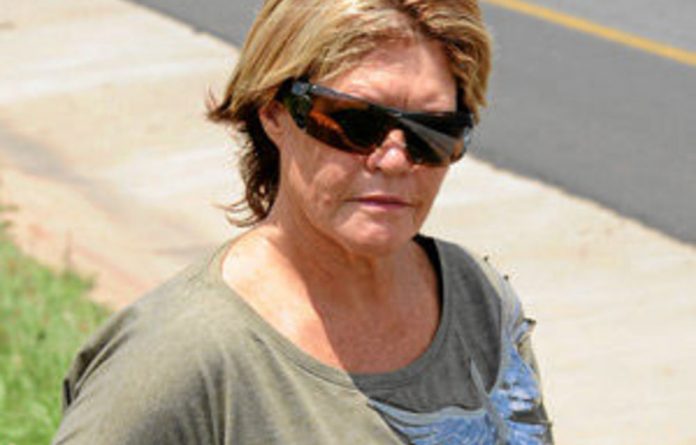 Allegations by Imperial Crown Trading of “an unnaturally close relationship” between top prosecutor Glynnis Breytenbach and an advocate representing rival company Kumba culminated in last week’s announcement by the National Prosecuting Authority that Breytenbach has been suspended.

Breytenbach’s position has since been clouded by confusion, with a second announcement by the NPA that it had issued the advocate with a letter of intention to suspend her, although she could make a case challenging it.

The move has raised fears that she has suffered collateral damage in a fight by Imperial, and specifically by its politically connected directors and shareholders, to avoid criminal prosecution.

Imperial is locked in a legal battle with the Hawks over the legality of co-ordinated search and seizure raids on it and the department of mineral resources in July last year.

Hawks investigating officer Sandra van Wyk obtained the warrant for the raids on the grounds that Imperial was alleged to have colluded with department officials to commit fraud, forgery, uttering and corruption in respect of their and Kumba’s applications for rights to the Sishen iron ore mine.

In November last year Imperial lodged an affidavit in the Northern Cape High Court accusing Breytenbach of bias. It cited an incident during a court hearing when Breytenbach and Michael Hellens SC, an advocate maintaining a watching brief for Kumba, sat together. Imperial claims the pair “were obviously there on joint business” and “were continuously seen huddled together in discussions”.

“Hellens was possibly exerting improper influence on behalf of his clients, Sishen and Kumba, over Breytenbach, her staff and the police investigators,” it said.

Imperial also complained about an allegedly improper approach by Hellens to advocate Nazir Cassim to try to persuade one of its directors, Archie Luhlabo, to turn state witness.

Imperial said Hellens had no right to float such an offer, which was the prerogative of the NPA, and that his conduct further demonstrated his improper relationship with Breytenbach.

The NPA also declined to comment, but released a statement this week, saying “an internal disciplinary process is a matter between the employer and the employee, and the details pertaining to that disciplinary matter are to be treated with confidentiality”.

In a reply to questions, Kumba said the interaction between prosecutor and counsel “is common practice”.

“Hellens is a well-known and reputable senior counsel that specialises in criminal matters. Due to that specialisation, Kumba would assume that Hellens and Breytenbach have often been required to interact on a professional basis, either as opposing parties on matters, or on the same side,” the company said.

Regarding Cassim, Kumba said the company’s understanding was that there was an informal discussion between him and Hellens “as colleagues”.

More broadly, Imperial’s complaint of bias by both Breytenbach and Van Wyk stems from the fact that, although both the company and Kumba have laid charges of fraud against each another in connection with the disputed 21.4% stake in Sishen, the Hawks have raided only Imperial.

The M&G understands that Imperial also presented its complaint in person to former director of public prosecutions Menzi Simelane.

This was reportedly done in the presence of Breytenbach’s direct boss, Lawrence Mrwebi, who was recently appointed head of the NPA’s serious commercial crimes unit.

Soon afterwards, Breytenbach was threatened with suspension, but a compromise was reached — she stepped down as the prosecutor of the Imperial case while retaining her position as head of the Gauteng’s serious commercial crimes unit.

In December the NPA provisionally dropped fraud charges against suspended crime intelligence boss Richard Mdluli. Although Breytenbach was the prosecutor in this case, Mdluli approached Mrwebi directly to have the charges dropped.

Breytenbach is understood to have resisted this and tried to have them reinstated.

The announcement of Breytenbach’s suspension last week coincided with the announcement that the remaining charge of murder against Mdluli had also been provisionally dropped. It led to speculation that Breytenbach has been suspended for refusing to back down in this matter.

However, it is understood that Breytenbach was not assigned as prosecutor in the Mdluli murder case and the NPA, in its correspondence with Breytenbach over her suspension, referred only to her alleged conduct in the Imperial matter.

Breytenbach has apparently challenged her bosses to provide reasons for suspending her. They have responded by asking her to give reasons why she should not be suspended.

‘That’s all we wanted’

Imperial’s attorney, Ronnie Mendelow, said: “Breytenbach was removed from the investigation against our client and replaced by another state advocate, who will act without fear, favour or prejudice. That is all our clients required from the national director of public prosecutions.”

An advocate who has represented clients Breytenbach has prosecuted said: “She’s odd. Before court she’ll call you ‘babe’ and be friendly. Then she’ll drill the living shit out of you in court. Then afterwards she’ll be friendly again.

“Basically, she’s a rock solid prosecutor that lawyers fear on the one hand and love on the other.”