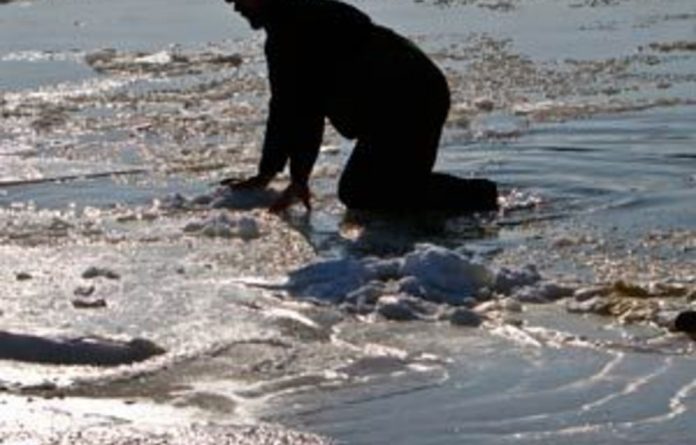 The surface waters of the Danube River froze completely on Saturday near the port of Silistra. This is the first time in more than 20 years that Europe’s busiest waterway has frozen in Bulgaria, said the Danube exploration agency.

The Danube was last totally sealed by ice in Bulgaria in the winter of 1984 to 1985.

Complete freezing with no water movement whatsoever was observed on Saturday along 11 kilometres of the river near the northeastern port of Silistra, while ice chunks gripped between 40% and 90% of Bulgaria’s 450-kilometre stretch, the agency said in its daily report.

“We expect the total freeze to spread upstream from Silistra to a larger part of the river during the day,” it added.

All navigation on the Danube, which serves as a border between Bulgaria and Romania, has been banned since Wednesday with ships sheltered from the ice in ports and river channels.

No icebreakers
Two ferry lines across the river to Romania — at Vidin and Oryahovo –were the only vessels allowed to operate at their captains’ discretion, but they have also been docked since Wednesday.

Bulgaria does not have any icebreakers equipped to work on the Danube.

The freeze had already forced other countries along the 2 860-kilometre river, including Austria, Croatia, Serbia, and Hungary, to suspend river traffic. -Sapa-AFP