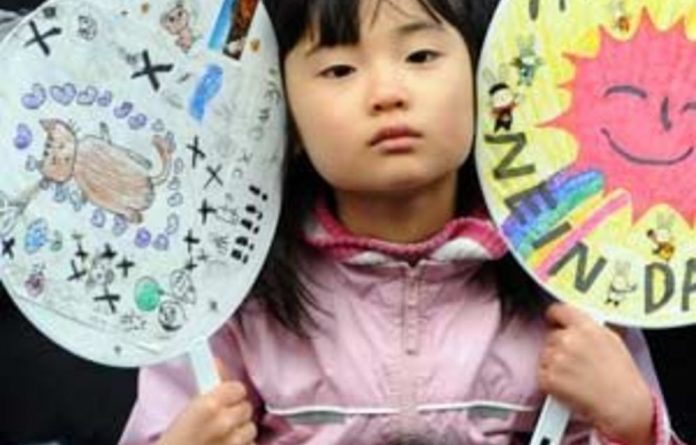 Thousands of Japanese joined a march against nuclear power as worries grow about the restarting of reactors idled after the March 11 meltdown disaster in north-eastern Japan.

The rally was attended by 12 000 people, according to its organisers. Police estimated the turnout at around 7 000.

Holding “No Nukes” signs, people gathered at Yoyogi Park for a rally on Saturday, including Nobel Prize-winning writer Kenzaburo Oe.

The protesters then marched peacefully through the streets demanding that Japan abandons atomic power.

The March 11 quake-tsunami disaster left more than 19 000 dead or missing and sparked the Fukushima crisis, the world’s worst nuclear accident since the 1986 Chernobyl disaster, on Japan’s northeast coast.

Majority of nuclear reactors offline
Tens of thousands of people were forced from their homes around the plant, located some 220 kilometres northeast of Tokyo, as radiation levels rocketed, with many not knowing when and if they will be allowed to return.

The vast majority of Japan’s 54 commercial nuclear reactors are offline because popular opposition has prevented them being restarted in the wake of the Fukushima nuclear crisis.

Japanese actor Taro Yamamoto, who has allegedly lost acting opportunities for his anti-nuclear advocacy, told the rally: “Our country will cease to exist if there is another big earthquake.”

“To prevent our country from ceasing to exist, we shall not allow nuclear plants to be reactivated.”

A similar rally, smaller in size, was also reportedly staged in Niigata prefecture on the Sea of Japan coast dotted with nuclear plants.

After the Tokyo rally, the protesters marched down the streets of Shibuya, one of Tokyo’s major shopping and entertainment districts.

They chanted slogans and held placards reading such messages as “Sayonora to nuclear plants”, “Have the courage to say no nukes” and “Another accident will occur if nuclear plants are reactivated”. –Sapa-AP