The economic week ahead: Meaningful numbers 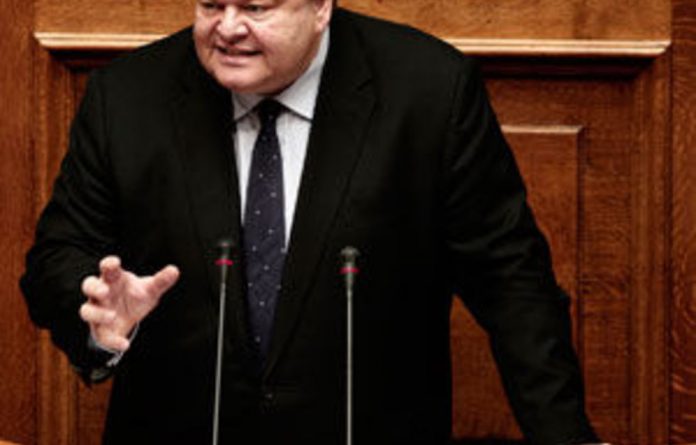 For months, as Europe lurched from one crisis to the next, political headlines have overshadowed economic indicators. This week might change that. Early on Monday morning, Greek lawmakers passed a series of externally mandated austerity measures to secure a bailout package and avoid a messy debt default. By removing an immediate threat to global markets, the move will allow economists and investors to turn their attention to a host of data releases scheduled for the week ahead.

United States
A few months ago economists were widely predicting that the world’s largest economy was heading for a slowdown. More recently, a string of upbeat data releases have done much to erase recessionary fears. This week might bring more encouraging signs that the US’s recovery is gaining traction.

On Tuesday, analysts expect government data to show that retail sales rose a solid 0.7% last month. Retail sales account for roughly one-third of all spending in the US, so positive numbers are generally well-received by stock markets.

On Wednesday, more good news is expected from the Federal Reserve’s most recent monthly industrial production statistics. Economists surveyed by Bloomberg expect figures to show that output — which rebounded by 0.4% in December, following a 0.3% decline in November — increased 0.7% last month.

On Thursday, a forward-looking measure of the manufacturing sector from the Federal Reserve Bank of Philadelphia may reinforce Wednesday’s release by signalling that factory output expanded even further in February.

Also on Thursday, government data on housing starts — defined as the commencement of new construction on residential buildings — may show that builders broke ground on 69 000 units in January. If the consensus forecast of economists surveyed by Dow Jones proves accurate, this level would mark a 5.0% increase over the previous month.

Thursday will also bring the first of two closely followed measures of inflation slated for release this week. Both gauges are expected to show that America experienced only modest price rises last month.

Producer price index data — a measure of inflation at the producer level — are expected to show that prices increased 0.4% in January. Economists expect consumer price index (CPI) data, which will follow on Friday, to show a 0.3% rate of growth.

Europe
Greece will remain in focus this week, but British inflation data, German economic sentiment readings and a host of economic growth figures may also captivate investors in the week ahead.

On Monday, amidst increasingly violent protests, Greek lawmakers passed more than €3-billion in deeply unpopular austerity measures to secure a €130-billion bailout package. Greece needs the bailout funding to avoid defaulting on a €14.5-billion bond payment in March. Although the move averts a short-term crisis, some analysts are wondering how much more the Greek people will bear.

On Tuesday, Britain will report last month’s CPI data. Consumer inflation declined from 4.8% in November to 4.2% in December. This week’s release is expected to show that the rate of growth in consumer price rises fell further to 3.6% in January. This downward movement would be welcome news to the Bank of England, whose long-term inflation target is 2.0%.

On Wednesday, attention will shift to Germany — the continent’s largest economy — where the highly influential ZEW indicator of economic sentiment may provide a boost to European markets. This index of optimism surged from a reading of -53.8 in December to -21.6 last month. Economists expect to see further improvement to a reading of -11.6 in this week’s results.

Also on Wednesday, markets will digest a series of preliminary fourth quarter 2011 gross domestic product (GDP) readings from throughout the eurozone. Last year was extremely unkind to most of the continent’s economies and this week’s figures will undoubtedly reflect that.

Economists are widely forecasting that the region as a whole contracted by 0.4% during the last three months of the year. Data will probably show that Italy is now officially in recession, defined as two consecutive quarters of negative growth. Germany and France — the continent’s two largest economies — are also expected to show negative numbers.

Asia
A central bank meeting in Japan, Australia’s first unemployment data for 2012 and a report from the country’s largest bank will likely dominate an otherwise sparse Asian economic calendar this week.

On Sunday, Japan released GDP figures for the fourth quarter of 2011 showing that the world’s third largest economy shrank 2.3% in final months of the year. Against this dour backdrop, central bankers will gather on Monday and Tuesday to consider changes to the country’s interest rates.

On Tuesday, the Bank of Japan will announce its decision. Policymakers have previously stated that they will not change interest rates until prices stabilise, but markets will be watching to see if officials hint at any other actions to assist the nation’s struggling economy.

On Thursday, attention will shift southwards as Australia releases unemployment figures for January. Last month’s figures showed that Australia shed 23 900 jobs in December, confounding consensus forecasts for a healthy employment gain. The report brought more disappointing news to an economy that, in 2011, experienced its weakest rate of annual job growth in almost 20-years.

This week’s data may show some improvement. Analysts expect January’s report to show that the economy added just under 11 000 jobs last month. The country’s unemployment rate is expected to tick upwards slightly from 5.2% to 5.3%, however.

On the corporate earnings calendar, the week ahead is largely quiet in Asia. The only major release scheduled will come from Commonwealth Bank of Australia. Analysts expect the nation’s largest lender to report half-yearly cash earnings of $3.5-billion (Australian dollars), a 6.3% increase over the previous year’s results.

Retail sales typically follow the same pattern as cash withdrawal values and, according to Spark cash index (SCI) data, South Africans withdrew more cash from ATMs in December 2011 than they have at any other time. Credit extension to households was also up in December and recent sales updates from major national retailers have shown that consumer spending probably picked up at the end of last year.

On Thursday, Stats SA will release information on the number of civil cases for debt recorded in December. Wholesale trade, motor trade and building statistics for the month will follow later in the day.

Matt Quigley writes the weekly economic preview for the Mail & Guardian Online. He is chief executive of an economic research and forecasting firm and formerly worked for the US treasury department and Federal Reserve Bank of Boston. His blog on the South African economy can be found here.