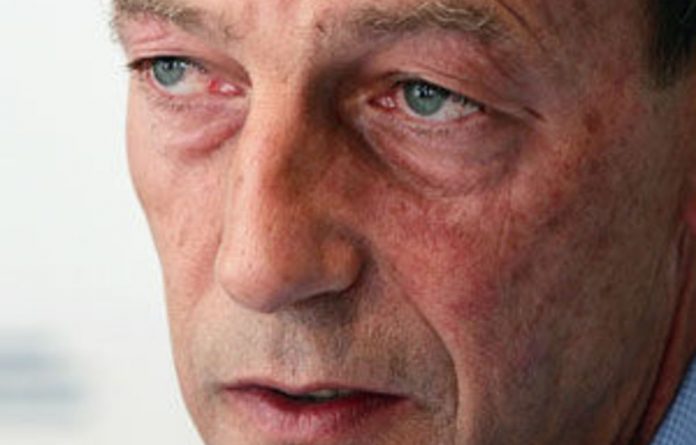 After a lengthy recess, Mamelodi Sundowns coach Johan Neeskens wants last year’s dedication from his charges as they resume the 2011/2012 league campaign against AmaZulu in Durban on Wednesday.

“If it was up to me I would have preferred that we didn’t take the break because of how the team was playing,” Neeskens said.

“The friendly matches we’ve played won’t count because we are now starting from scratch — but so does everyone, so it’s not just us.

“We have to continue from where we left off last year by getting a good start. This is important.”

Sundowns top the standings with 31 points after 15 matches and have targeted a winning start over Usuthu to lay the foundation to their ambitions of a Premiership podium finish in May.

“I know AmaZulu and how they play,” said Neeskens.

“Especially playing them at their home, they won’t make it easy for us.

‘Mutual respect’
“They will also be aiming to please their supporters in the first match of the year.”

Neeskens had brought out the best in midfielder Teko Modise, who fitted in to the side’s flowing game and was magnificent in helping the club top the table in December.

“I knew he was a special player when I saw him at the start of the season and I showed him mutual respect,” Neeskens said.

“But it’s not just Teko — respect is the same with all the players in the squad.

“It’s important to remind players of their abilities and give them the confidence.”

Also on display will be South African Under-23 midfield gem Themba Zwane and the league’s leading scorer, striker Katlego Mphela.

Well-oiled machine
United are three points adrift of Sundowns, having endured a slump two months ago and have now lost a key player in forward Anthony Laffor, who moved to Sundowns in the transfer window.

Stars have been a well-oiled machine under Steve Komphela this season and will look to improve their current sixth place on the log.

Third in the standings with 28 points are Soweto giants Kaizer Chiefs, who travel to Port Elizabeth to meet Jomo Cosmos without injured midfielders Siphiwe Tshabalala and Reneilwe Letsholonyane.

New captain Itumeleng Khune will lead the side for the first time, having recovered from assorted ailments.

Cosmos, on the other hand, are desperate for points in an effort to lift themselves from the bottom of the table where they have just nine points at the halfway stage.

While coach Jomo Sono’s outfit showed patches of good football last year, they were poor in front of goal, with their defence prone to conceding unforced errors and goals.

Defending league champions Orlando Pirates have had a mixed season, with erratic form, despite lifting both the cup trophies.

Game strategy
They take on struggling Black Leopards at Orlando Stadium, aiming to close the gap at the top of the standings.

They are fifth on 24 points, with a quality squad but many championship distractions, like the Caf Champions League competition starting this weekend.

The selection policy, player management and strategic approach of their Brazilian coach, Julio Leal, will be crucial in the next three months in their title defence.

“To be in contention for the league we have to push ourselves harder than the rest because we will be playing the most games,” Leal said.

“The strategy in any game, whether it’s the Champions League or PSL, is that we want to field the best possible team.”

For the first time in recent memory the Mamelodi Sundowns coach looks a bit rocky. With a new contract looming, can he reverse the tide?
Read more
Advertising
Continue to the category
Education