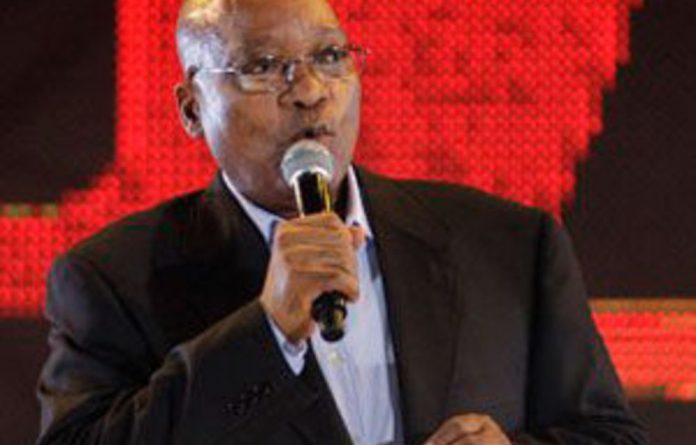 A 2009 decision to discontinue the legal prosecution of President Jacob Zuma was reviewable, the Supreme Court of Appeal heard on Wednesday.

Legal counsel for the National Prosecuting Authority (NPA) and President Jacob Zuma agreed that the decision was reviewable on the very narrow grounds of rule of law and rationality.

Counsel for Zuma, Kemp J Kemp, submitted that the decision was always seen as not final and that it could always be revisited.

He argued that the reviewability would however not be possible under the Promotion of Administrative Justice Act.

The court was hearing argument in an appeal application by the Democratic Alliance for records that led to the NPA dropping corruption charges against Zuma.

The opposition party also wants the documents on which the decision was based.

Adverse affect
The high court held previously the DA had not shown that its rights, that of its members, or the broader public’s, had been adversely affected by the NPA’s decision not to prosecute Zuma.

On Wednesday, Kemp also submitted that he would want to see the record of documents the NPA might hand over to the DA.

“We simply want to see it first.”

He submitted this would give an opportunity to approach a court on issues of confidentiality before the documents could be made public.

Paul Kennedy, for the NPA, conceded after much debate with the bench of five appeal judges that the NPA’s discontinue decision was reviewable on very narrow grounds.

This was after Judge Mohammed Navsa wanted to know whether decisions of the office of the national director of public prosecution (NDPP) were beyond question.

Kennedy said when somebody wanted to take a decision of the NDPP on review, it should be able to state the facts of the case clearly.

He argued the NPA had a right to question the DA’s standing in the matter.

The judges wanted to know why the NPA had acted in the “peculiar way” of raising other issues not pertaining to the records sought.

This included its members and any member of the public.

Earlier, Sean Rosenberg, representing the DA, urged the SCA to follow a broad approach to give the DA legal standing to get the records.

Rosenberg submitted that the high court had followed a narrow course in its decision on the rights, which was not in line with decisions in the Constitutional Court.

Rosenberg denied the party was acting in a “perceived” public interest, as claimed by the NPA.

He submitted the party could act in its own, and the public’s interest.

He argued there was no other way in taking the NPA decision on review, but through the courts.

Rosenberg agreed with the bench every citizen could not take every possible public interest matter to court as this would open a floodgate of litigation.

He agreed consideration should only be given to issues of “grave public importance”.

However, he argued there was a right in the Constitution to “proper prosecutions” in the public interest.