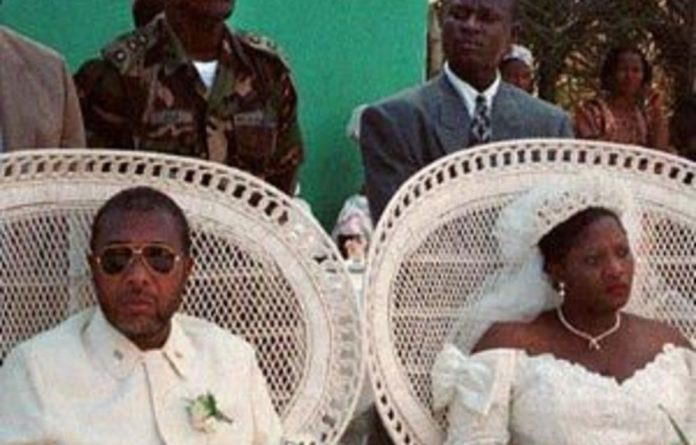 Former Liberian first lady Jewel Howard Taylor has introduced a Bill for homosexuality to be made a first degree felony, amid raging debate over gay rights in the country, a lawmaker said on Wednesday.

“No two persons of the same sex shall have sexual relations. A violation of this prohibition will be considered a first degree felony,” reads the proposed amendment.

Sodomy is already a criminal offence in the West African country.

George Tengbeh, a senator supporting the Bill, said he hoped it would put an end to months of acrimonious public debate on gay rights.

It aims “to prevent the Parliament from talking about such an issue that is against our tradition and culture,” he said.

Same-sex marriage
The issue has been in the headlines this year as a group of activists in the country began lobbying for a Bill legalising same-sex marriage.

This created a furore in the country whose President Ellen Johnson Sirleaf is a Nobel Peace Prize winner.

The information ministry released a statement on January 26 saying: “The Liberian government will not allow the legalisation of gay and lesbian activities in Liberia. The president has vowed not to allow such a Bill, and even if the Bill goes before the president she will veto it.”

Gay rights in Africa have been in the spotlight since the US and Britain threatened to condition aid on enhanced rights for homosexuals.

“The first time we heard about it was at the AU summit when the UN secretary general, Ban Ki-moon, appealed to African leaders to endorse gay rights,” Tengbeh said.

“We came up to say that it’s not suitable for us because our tradition does not allow such things to happen,” he said. — AFP