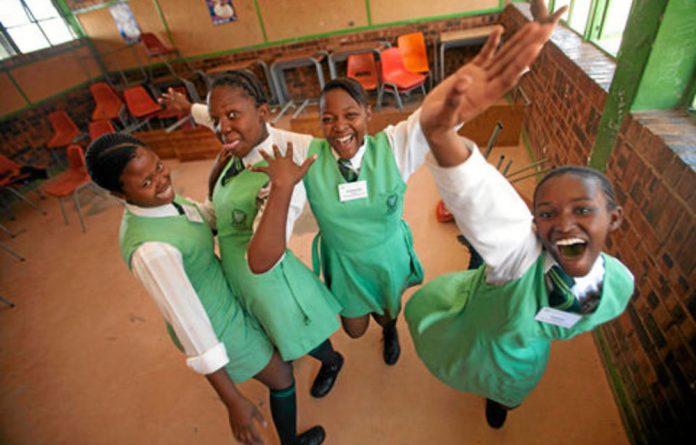 When four pupils of the Kwadedangendlale High School in Soweto were selected to form an investment group in March last year, they had no idea what the business of shares entailed. For them, following share prices at the JSE was boring and they even thought they were too young to worry about investing.

What they did not know was that they were taking their first steps towards success. Eight months later, they were each given real shares for winning the income portfolio section of the JSE/Liberty Investment Challenge. Their group mentor, commerce teacher Violet Mapeka, was also rewarded.

The challenge is a game that aims to teach South African pupils about investing on the JSE and the larger role that such investments play in the country’s economy. It helps those participating to learn the fundamentals of investment strategy and encourages them to research and plan issues concerning the trading of JSE-listed shares.

Each team is given an imaginary sum of R1-million to invest in JSE-listed shares. Their performance is tracked and measured in a competition against other teams taking part in the challenge.

From nothing to knowledge
“It was very confusing in the beginning. We understood nothing about shares,” said Mahlangu, a grade nine pupil and leader of the Bears.

She said it was hard for them to do anything at first because they had no idea of what it took to participate in the business of shares, but a volunteer from the University of the Witwatersrand came to give them guidance. After a few lectures from the university student, the four developed an interest in the business — and there was no turning back.

According to Mapeka, the internet was another challenge the group conquered in the process of winning the award. And “they had to buy newspapers every day to follow up on what was happening in the market and which companies had the best dividends so that they could trade, something that they could just do online.”

Mapeka said that, for young people to do better in anything, they needed to be motivated and that was part of what she did for her team as a mentor.

Each of the four members of the Bears was given shares worth R4 000, the school was given R1 000 and Mapeka was also given a substantial number of shares.

Now that they have learnt how important investment can be, it is no surprise that the Bears are not planning to spend all their prize money — being young, they will not put the entire amount into savings or investments. “It is important to save, but I am going to spend half of it,” said Dlamini, who wants to be a civil engineer.

The girls’ winning has motivated their fellow pupils and now more groups from the school are planning to participate this year.

“We have told them to overcome anything coming their way, because you never know where you can succeed,” said Stemele.

Mapeka said she was especially proud that the group’s win had promoted the school. There were about 360 teams from different schools and universities and the winning Bears had not even turned 18 yet.

Investment challenge in a nutshell

The JSE/Liberty Investment Challenge is open to all South African high school pupils who compete in three categories — income, equity and speculator. Separate categories are set aside for university and independent college students. To enter the 2012 challenge, contact the co-ordinators on 011 520 7116/7344 or check the JSE/Liberty Facebook page).

A candid story about love; and how human beings’ shortcomings get in the way
Advertising