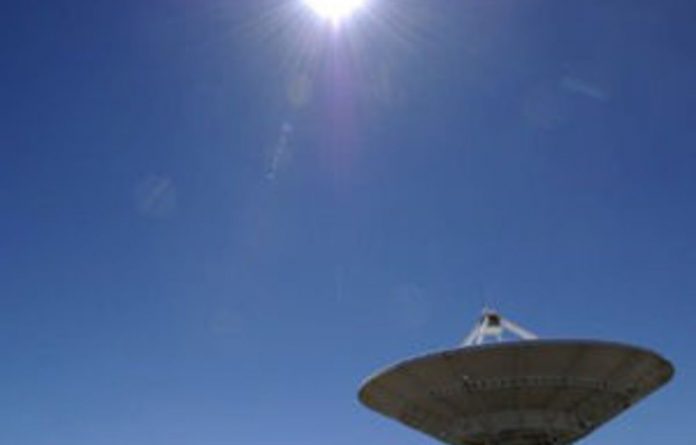 It is the date on which international board members of the Square Kilometre Array (SKA) radio telescope will meet to decide whether the core site for the giant instrument will be built in South Africa or in Australia.

Science and technology director general Phil Mjwara said on Wednesday that if South Africa won the bid, billions of rand would flow into the local economy.

After updating Parliament’s science and technology portfolio committee on the bid process, he noted that the cost of building dishes for the MeerKat radio telescope, in the Karoo, was about R1-billion.

“If we’re spending about R1-billion on 64 dishes, you can imagine that if all of the dishes for the SKA are going to be manufactured here — about 3 000 dishes — you can just do the maths. So huge resources are going to flow into South Africa,” said Mjwara.

“But it’s not just going to be the huge resources; it’s the intellectual capital that’s going to flow in, with all the spin-offs in terms of some of the ICT and processing technology that we need for the country.”

Asked if it would be correct to say the SKA would provide a multi-billion rand boost to the South African economy, he replied: “That would not be an exaggeration.”

Vote in favour
Earlier, the committee heard that the April 4 decision would be made by four countries: China, Italy, the Netherlands and the United Kingdom.

For South Africa to win, three of these four SKA founding-member countries need to vote in its favour.

Science and technology’s deputy director general for research, development and innovation Val Munsami told MPs that if there was no clear-cut decision on April 4, deciding which country hosted the SKA could become a “prolonged process”.

He said this could involve a second round of voting, six weeks after the first.

If there was still no decision, there would then be “some sort of negotiation” process, involving further inputs from the two bidders.

MPs were advised on Wednesday not to focus on the “noise” coming out of Australia on the SKA bid.

Mjwara told them South Africa was focusing on “things we are doing well”.

Political and economic stability
These included the country having better infrastructure in place around the proposed core site, near Carnarvon in the Northern Cape.

Media reports in Australia have stressed its political and economic stability, and have been interpreted as a swipe at South Africa and its partners.

While the SKA core site will be built in South Africa — if the country’s bid succeeds — many of the receiving dishes for the radio telescope will be spread across eight other African countries.

The SKA gets its name from the fact that the total radio wave receiving area of its 3 000 satellite dishes adds up to one square kilometre.

Although about half of the dishes will be concentrated in a five kilometre wide core region, the rest are to be located further out, some up to 3 000km away.

Biggest mysteries
Astronomers believe the power of the instrument — the SKA will be 50 times more powerful than any previous radio telescope — will help them unlock some of the universe’s biggest mysteries, including the origin of dark energy and whether Einstein’s gravitational waves really exist.

Mjwaru said South Africa had been “engaging with China” on partnerships around the SKA.

He also suggested that the estimated cost of the international project, €1.5-billion, might be too low.

“We are making contributions into the costing of the SKA … from the work done by the SKA project office in South Africa, we are of the opinion that the 3 000 dishes we are going to be building, the €1.5-billion may not be adequate,” he said.

Meanwhile, according to media reports, Australia’s Science Minister Chris Evans is to travel to China and Italy this week to make his country’s case to international authorities.

Australia is in partnership with New Zealand in its bid to build the SKA. — Sapa