Treasure house of the mind 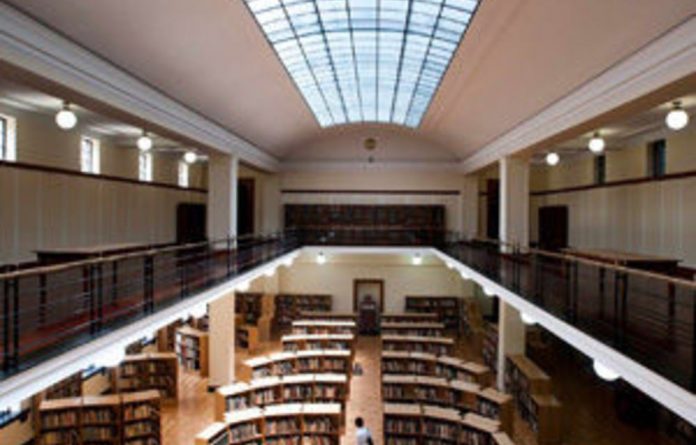 The Johannesburg City Library officially reopened on Tuesday, following a R68-million facelift that included repairs and extensions to the original structure.

The upgrade has transformed the protected heritage building, located between President, Market and Sauer streets, into a 21st-century model city library.

The Johannesburg City Library reopened its doors following a R68-million facelift that included repairs and extensions to the original structure, with a new dedicated wifi section. The M&G attended the opening on February 14 to speak to those involved about the importance of this core library and their aim to attract young people back to libraries.

The building, an architectural landmark in the city, was built in 1935, when the library’s collection outgrew its previous location in Kerk Street. Its current collection consists of over 600 000 works, ranging from contemporary novels to a valuable collection of rare Africana, artworks, music manuscripts and historical documents.

Designed by Cape Town-based architect John Perry, the Italian-style building features details that reflect the library’s purpose, and reinforce the Latin motto carved above its entrance — “Libri thesaurus animi” (Books are the treasure house of the mind). Eight neoclassical sculptures surround the building, symbolising history, medicine, philosophy, art, sculpture, music, literature and architecture. Relief carvings depicting prominent thinkers in Western literature, including Shakespeare and Dante, are housed in small roundels on the side of the building.

In April 2009, the library was closed for the extensive renovations, a project that was funded by the City in response to the $4-million from the Carnegie Corporation of New York, as part of its extensive revitalising of african libraries programme. The Carnegie funding was used for the upgrading of the database, the purchase of books, IT and internet upgrades, furniture and signage.

Fikile Construction was responsible for the renovation of the original library building and the construction of a new third-storey addition in the central courtyard. The first two floors of the new refurbishments have been equipped to provide PCs with internet access, while the third floor is a glassed-in structure designed specifically for exhibitions and youth activities.

Councillor Chris Vondo, member of the mayoral committee for community development, said: “In South Africa, libraries are playing an increasingly critical role in improving literacy levels, encouraging young and old to partake in the joy of reading, and providing access to the information that is so crucial for extracting the most from modern-day living.”

“The new facilities bring a modern element to the classical design of the old library, creating a seamless flow from the old to the new structure — returning the facility to its rightful place as the heart of the city,” he said.

He invited adults, learners, students and budding entrepreneurs to visit the library and make it a “home away from home”.

Outstanding work on the building is due to be finished by the end of May 2012.

Pupils Speak Out: Jo’burg libraries not easy to navigate

Mohlakeng: Youths fired up by a love of reading

Africa must use digital libraries

Administrators at First National Bank are accused of duping Investec out of millions of rand.
National