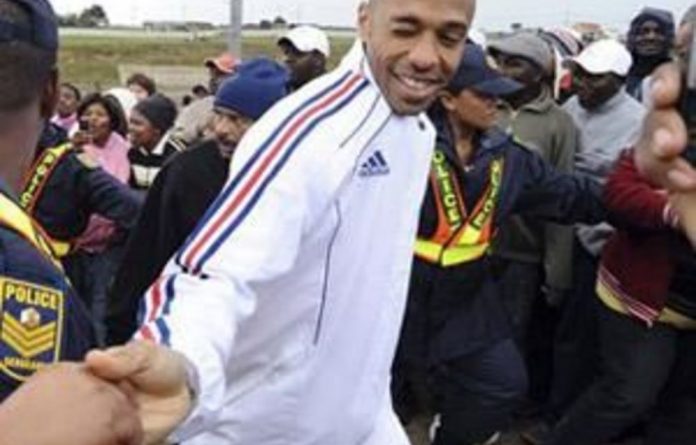 Arsenal saw their European dreams put through the San Siro shredder on Wednesday when AC Milan handed out a record 4-0 rout in their Champions League last 16 first leg clash.

A Kevin-Prince Boateng strike, a Robinho brace and a penalty from Zlatan Ibrahimovic gave the Italians a first win in seven Champions League clashes against English sides and condemned Arsene Wenger’s team to their worst European defeat.

It also ended a run of three straight home defeats for the seven-time European champions against Premier League teams in the tournament.

The rout made the second round, second leg at the Emirates in three weeks’ time a virtual formality for Massimiliano Allegri’s Milan.

Not even the introduction of Thierry Henry in his final appearance before returning to New York Red Bulls could inspire a surprisingly out of sorts Gunners formation.

“We were never in the game. It was shocking to see how we were beaten everywhere, it was the worst performance in Europe by far. There was not one moment during the 90 when we were really in the game,” said Wenger.

Despite their advantage, Allegri remained cautious over the second leg where Milan will be looking to reach the quarterfinals for the first time since 2007.

“We’ve not given a signal to other teams, we’ve got a good advantage over Arsenal and we have the possibility to get to the quarterfinals,” he said.

“We did well tonight but we must still wait 90 minutes, it won’t be easy because they’ll have nothing to lose and will play a completely different match.”

Giants down
In the night’s other tie, Russian champions Zenit St Petersburg came from a goal down to beat Portuguese giants Benfica 3-2.

Zenit midfielder Roman Shirokov netted a double — taking his tally to five in this season’s competition — while substitute Sergei Semak got the hosts other goal.

“It was a nervous match,” Zenit manager Luciano Spalletti said.

“My players showed really good skill. They showed a lot of heart to win the match in such a grave situation. However they did exactly what we decided to do ahead of the match. We won deservedly tonight.”

The visitors manager Jorge Jesus meanwhile said he was upset with the result but was expecting an even tougher battle in the second leg.

“It was really tough to play here,” he said. “We allowed Zenit to score three goals; that means we defended poorly this evening. It’s a pity.

“But nothing is finished yet. The place in the next round will be decided in the return match. I think it will be even more tough.” — AFP