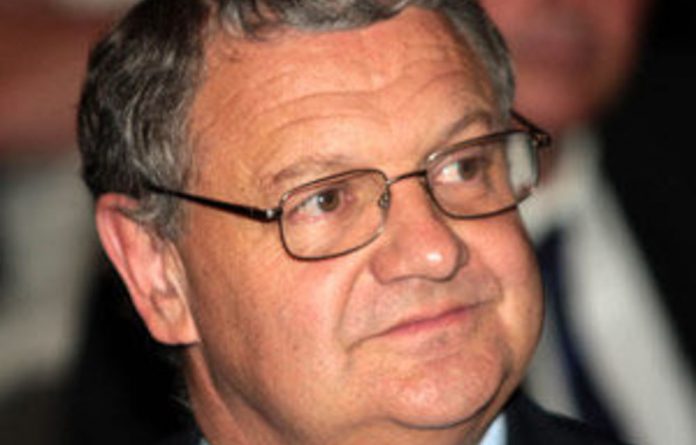 Freedom Front Plus leader Pieter Mulder needs to be reminded about the “real history” of South Africa, the Democratic Alliance (DA) said on Thursday.

“Instead of denying our history, as Mr Mulder does, we must do everything we can to ensure that people have access to land. We have to put right the wrongs of the past,” DA national spokesperson Mmusi Maimane said in a statement.

“We cannot simply wish it away. Redress is a democratic imperative. But we have to remedy the sins of apartheid in a way that is sustainable so that all South Africans may benefit from the richness of our soil.”

On Wednesday, Mulder said in Parliament that black “Bantu-speaking” people had no historical claim to 40% of the country.

“Africans in particular never in the past lived in the whole of South Africa,” he said during debate in the National Assembly on last week’s State of the Nation address.

Maimane said there was plenty of land available for land reform, and South Africa needed a land reform programme which was fair and economically viable and the answer was not to do away with the willing-seller, willing-buyer model.

“The solution is an efficient department of rural development that can process claims quickly and can facilitate the efficient and fair distribution of land.

Mulder’s remarks on Wednesday provoked an angry buzz from ruling party benches, which rose in pitch when he explained: “There is sufficient proof that there were no Bantu-speaking people in the Western Cape and north western Cape.”

In his address, Zuma said the willing-buyer willing-seller option had “not been the best way to address” land redistribution.

Mulder said the question of land ownership was an emotional issue that had caused many wars. He took issue with land ownership figures cited by Zuma in his address.

“The president quotes in his address the department of rural development’s figures on land reform.

‘The facts’
“According to [these], white people possessed 87% of the land, and the government had reached only 8% of its 30% [land reform] target. I seriously differ from these figures.

“How does the department calculate the 8%? There isn’t a completed land audit against which we could correlate these facts.”

The Development Bank of South Africa calculated in 2001 that 44% of the country’s land belonged to whites, 20% to blacks, 9% to brown people and 1% to Asians.

“The way in which the department has calculated the 30% and 8% figures creates the impression that they are setting themselves up to fail.”

Mulder said he seriously differed with the claim that white people had stolen land.

Mulder said he hoped there would come a time when both white and black commercial farmers did not have to look for opportunities elsewhere in Africa. — Sapa