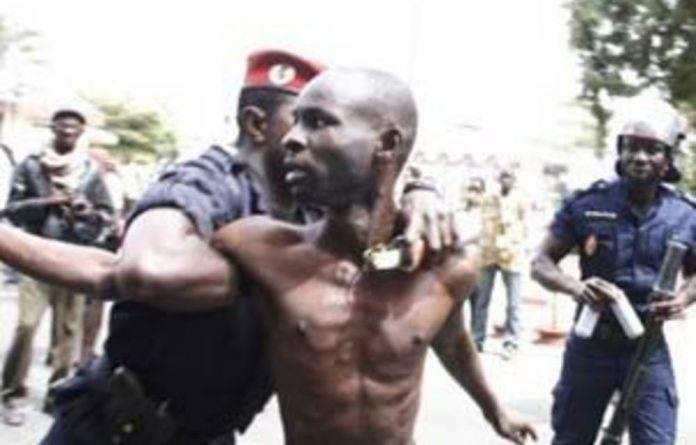 Senegal’s opposition, whose attempts to stage protests over President Abdoulaye Wade’s third term bid have been thwarted by police, called for fresh rallies as youths prepared on Thursday to stage a sit-in.

The rapper-led youth movement “Fed Up” said it planned to occupy Obelisk Square in a suburb of the capital from Thursday afternoon, despite not having permission from the authorities.

The sit-in was supposed to start on Tuesday but riot police prevented youths from accessing the square, which has been the scene of protests in recent weeks against 85-year-old Wade’s plans to run in the February 26 poll.

“With or without permission ‘Fed Up’ will be at Obelisk Square today,” Aliou Sane, one of the movement’s leaders, said at a press conference.

Meanwhile the June 23 Movement (M23) of opposition and civil society opposed to Wade’s candidacy again called on its supporters to protest on Friday and Saturday at Independence Square in the heart of the city.

Stiff opposition
The government fiercely opposes any gathering at the square, which lies a few hundred metres from the presidential palace and where police on Wednesday dispersed hundreds of people with tear gas, rubber bullets and water cannon.

“We have decided to return tomorrow to Independence Square at 3pm after [Friday] prayers,” M23 coordinator Alioune Tine told journalists.

“On Saturday we will return to the same Independence Square from 11am. It will be a day of action across the whole country.”

Tine denounced the response by riot police to the protests as “completely irrational and dictated by fear”. He said government mediators had approached M23 to persuade the movement to hold talks with the government but that nothing concrete had emerged.

Turnout at opposition demonstrations appears to have waned, with just 10 days to go before the election in which 13 opposition candidates will take on Wade.

With no clear frontrunner, the opposition vote is likely to be split. — AFP