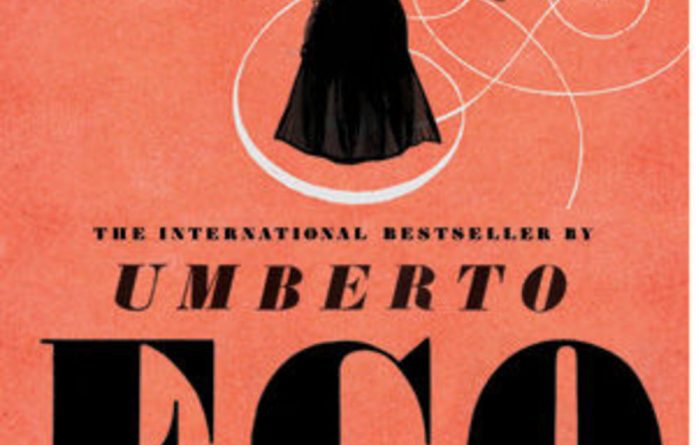 “Maybe only cheap fiction gives us the measure of reality,” says a character in Umberto Eco’s 1988 novel, Foucault’s Pendulum. “Proust was right,” he argues: “life is better represented by bad music than by a Missa Solemnis.”

Eco’s new book tells the story of the notorious anti-Semitic forgery, The Protocols of the Elders of Zion — an episode in which cheap fiction reordered the world in its own image.

Plagiarisms and prejudice
The Protocols, which emerged in Russia in the early 1900s, purported to describe a meeting in Prague some years earlier at which Jewish leaders discussed their plans for world domination. The elders assembled, creepily, in the Jewish cemetery at night, where they planned to take total control of the banks, the stock markets, the medical profession and the press while discussing topical issues such as interest-rate mechanisms.

Thought to have been concocted on the orders of Peter Rachovksy, a tsarist secret agent, it was a clumsy tissue of plagiarisms, and plagiarisms of plagiarisms, filled with ­stereotypes nicked from sensational fiction. But it was horrifically effective and used to incite pogroms during the Russian Civil War; afterwards, it was taken westwards by White Russians and bolstered the view of the revolution as a Jewish plot. When Hitler came to power it was adopted as standard Nazi ­propaganda.

The Judaeo-Masonic conspiracy theory is usually traced back to Abbè Barruel, a French Jesuit who argued that the French Revolution was the culmination of a clandestine intrigue dating back centuries and involving the Freemasons, the Bavarian Illuminati, the Templars and so on.

In 1806 Barruel received a letter from a Captain Simonini, apparently an Italian army officer, who congratulated him on exposing these ­”hellish sects” but argued that he had left out the most hellish of all: the Jews, who had either founded or infiltrated all the others. The letter was eventually published and thereafter the Jews played a starring role in conspiratorial fantasies.

Shadows of hatred
The antihero of Eco’s new novel is Simone Simonini, the fictional grandson of the letter writer, who grows up in the shadow of his grandfather’s hatred. Simonini is a fraud, an agent provocateur, a murderer, a pervert and a glutton.

A scholar of medieval aesthetics-turned-professor of semiotics, Eco has forged a highly successful career as a novelist by combining esoteric interests with mass-market storylines: detective stories, conspiracy thrillers, tales of castaways and amnesiacs.

Eco is at least partly responsible for the recent fashion for mysteries featuring arcane knowledge and ­ritual slaughter: twinkly postmodernist that he is, he likes to claim that Dan Brown is a character he invented.

The Prague Cemetery, which has already sold a million copies in Europe and South America, is billed as a return to form. It takes place in familiar territory: Eco likes the story of the Protocols so much he has told it at least three times before — in Foucault’s Pendulum and two of his essays. Once again he includes a great deal of eclectic learning, organised around a potboiler plot. In this case, the presiding spirit is the feuilleton serials of Alexandre Dumas and Eugene Sue, complete with printed illustrations.

At the beginning of the novel, set in Paris in 1897, a troubled Simonini is writing a memoir on the advice of a certain Austrian Jew he has met. He has blanks in his memory; he wears a fake moustache and beard, for reasons not altogether clear to him; he has found a secret passage at the back of his house, leading to an apartment occupied by a certain Abbè Dalla Piccola.

In outline, Simonini’s story sounds fun: he cheats, betrays and murders his way through the Risorgimento, the Franco-Prussian War, the Paris Commune and the Dreyfus affair, playing an inglorious behind-the-scenes role in various crucial events, rather like George MacDonald Fraser’s Flashman.

A tiring plod
In practice, though, The Prague Cemetery is a tiring plod. Eco is much indebted to Jorge Luis Borges and this is the sort of exercise — a fictional version of a true story of a fake that had a powerful effect on the real world — that the Argentine writer would have turned into a dizzying, flawlessly executed five-page short story.

But over Eco’s flaccid 400-plus pages, it is frustrating and unsatisfactory. All the vices of the historical novel are there: the wodges of researched material, the easy, silly ironies (that Austrian Jew turns out to be a certain “Dr Froide”).

The novel also leaves a slightly unpleasant taste in the mouth. Eco is basically a playful writer: even his best novels are little more than brilliant mechanical toys. Here, the mood of historical pastiche and learned joke comes up uncomfortably against the history of European anti-Semitism.

The story of the Protocols is, in the end, a sombre one and Eco’s treatment of it feels tactlessly crude and silly: towards the end, the repeated, portentous use of the phrase “the final solution” seems entirely unearned. There are many subjects, after all, that remain well beyond the reach of cheap fiction. ­­–