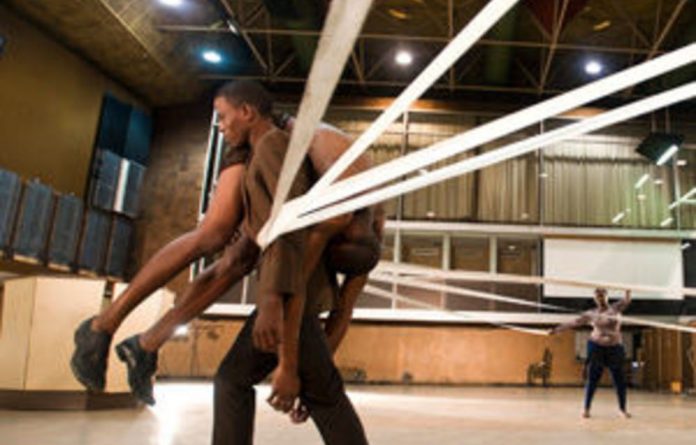 Performance artist Steven Cohen once commented on the tyranny of art-sacred spaces being much less vicious than spaces not yet sanctified by the presence of art.

He put his money where his mouth was, strapped on a frock made of LED lights and an old French chandelier, added some drop-dead high-heel shoes, pasted a Star of David on his forehead and teetered into an informal settlement that was being demolished by the Red Ants.

This was in 2001 and the gesture, named Chandelier, rocked contemporary dance on its pivot. It was the same time, roughly, when choreographer Jay Pather, one of the drawcards of this year’s Dance Umbrella, emerged on the contemporary dance scene.

Pather’s master’s degree at New York University, the result of a ­Fulbright scholarship in 1984, focused on site specificity in dance and he has been fascinated by the possibilities of architecture as a hanger for art events ever since.

Deconstructing dance spaces
Performance traditionally happens in an arena equipped appropriately with a stage, lighting and seating. It starts at a specific time, is fuelled by publicity and ticket sales and knows its demography. But what if all these elements are questioned?

In 1999 choreographer and dancer Elu danced through busy intersections in Johannesburg en pointe, with a gun strapped to his forehead and animal horns on his head. A car tyre served as his tutu.

On another occasion he pirouetted through the city, an empty birdcage on his head. Eight years later, Hlengiwe Lushaba aggressively confronted her unsuspecting audience in the foyer of the Wits Theatre; people you thought were casual coffee drinkers turned out to be outrageously terrifying dancers. In another work Lushaba confronted her audience with a shoe in hand, like a street beggar. When the audience managed to get past her and into the venue, they found there were no chairs to sit on.

This type of gesture in local art is about many things, but above all, the power of the choreographer to manipulate an audience. And, by pushing them out of their comfort zones, ­about creating opinion and reaction that are ­tender and honest.

Money-based power
In Qaphela Caesar!, on Dance Umbrella stages this year, Pather works with Shakespeare’s eponymous play, using the idea of power as pivotal. The work is staged in the former stock exchange in central Johannesburg and compels audiences to move from scene to scene.

“It’s spooky,” says Pather. “All kinds of approaches will be used to align the notion of money-based power to the tale. Disembodied suits become ­killers.

“This work was formerly performed in the Cape Town City Hall. The oldness of the space spoke to a range of references, from apartheid to Nelson Mandela’s balcony [where he gave his first speech after being released from prison]. In Johannesburg it’s different. I searched for a long time for an appropriate space.

“The idea was to get a venue of power and expedient politics, which is also vacuous, in the sense of being evacuated and vacuum-like.”

He laughs. “It’s a space in which there is nothing now, highlighting the ridiculousness of its task. In this work, we are being honest about this ­impossibility.”

Grahamstown-based choreographers and dancers Alan Parker and Gavin Krastin spent the last Dance Umbrella celebrating past highlights of the festival in the guerrilla work Retrospective Altered.

Memory banks
“It was mostly due to my own ­interest in the dance archives of South Africa,” Parker says. “We attempted to recreate the essence of works ­represented. We wanted to access the memory-bank archive of these works.

“The work, which was not commissioned but was given permission to happen by Dance Umbrella’s ­artistic director, Georgina Thomson, was about how audiences make ­meaning.”

He laughs in response to the question of whether he and Krastin were stepped on while performing: they were, after all, in the interregnums between shows, paying tribute to ­choreographers such as Steven Cohen, wearing big shoes and big wigs as they crawled on the floor — behaviour not traditionally conducive to a polite response from the public.

“Our intention was to complicate audience engagement,” Parker says.

This year Parker — with Krastin, ­Juanita Finestone-Praeg and Jen Schneeberger — brings us Cellar Door, a play on a concept expressed by ­medieval linguist JRR Tolkien in 1955: that these two words represent a combination of English words with an “especially beautiful sound independent of meaning: phonaesthetically ­beautiful”.

Parker’s piece shares a triple bill with Louise Coetzer and Athena Mazarakis, who collaborate this year with Berliner Hansel Nezza in Inter.Fear. In 2010, Mazarakis stepped beyond several boundaries in bringing the audience directly into the fray and lifting them up, literally, one by one in Elev(i)ate, which took place in a foyer space in the Market Theatre, engaging with “passing trade” on their way to other shows.

“Inter.Fear is none of that. It’s about what fear means. I’m fascinated with how the state and texture of fear from the inside constructs a city,” ­Mazarakis says, not revealing how scary the work might actually be.

Call it site specificity. Call it power play. Call it what you will, but keep your eyes open to the possibility of something beautiful, possibly ­confrontational and scary happening where you least expect it.

Get ready to see dance losing restraint, particularly when it is removed from hallowed dance spaces.