Say cheese: Why the foodies are smiling 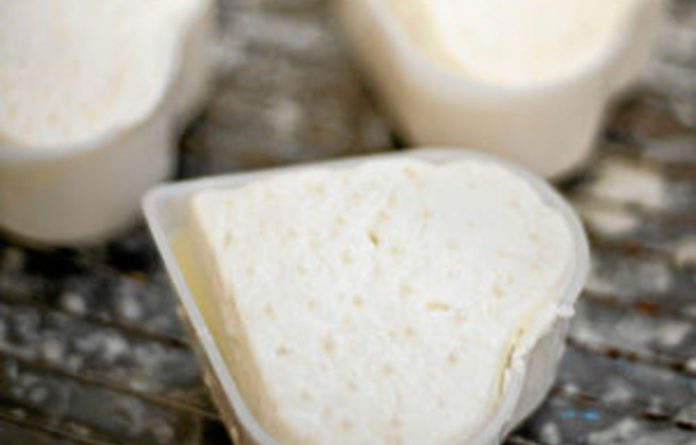 Rotolo, who works his magic at Puglia Cheese in Cape Town (soon moving to the Zevenwacht Wine Estate in Kuils River), is one of a new band of artisanal cheesemakers who are redefining the South African product.

Whether it’s cheddar wrapped in muslin, turned daily and aged in a series of rooms built as caves, hard cheese from milk produced by cows grazing on lucerne planted by the cheesemaker, buffalo mozzarella or goat cheese that tastes like cheddar, it’s several cuts above packaged industrial cheese.

Until the mid-1980s the milk board regulated the price for fresh milk, the dairy board did the same for cheese and butter, and between the two “it was a totally controlled industry”, says cheese consultant Kobus Mulder, a former department of agriculture technical officer.

Broadening horizons
“Regulations were more relaxed for farm cheese factories than for big industrial factories. But the farmers would have fallen under the control of the dairy board and entrepreneurs do not like controls.”

From 1985 to 1986, the boards released their grip on the industry, but it took the farmers a while to wake up. First came local Italian cheeses, then ­Fairview began making goat cheese. And now South African cheeses produced on former dairy farms, smallholdings and, in the Cape, wine estates are winning awards both locally and internationally.

Healey’s cheddar, for example, produced on the Lourensford Wine Estate in Somerset West, has been a winner since 1994, taking gold in its World Cheese Awards category in London in 2006.

Dalewood Fromage’s Huguenot, from a farm in Somerset West, came in as the 14th best cheese in the world in the same competition in 2010.

As for Puglia, last year, six months after Rotolo tied on his apron, their fior de latte and their burrata — mozzarella filled with ripped ­mozzarella and cream — won both the South African Dairy Championship Qualité awards and a bronze medal in ­London.

Imported tastes
Puglia is named after the home town of Davide Ostuni, who owned a restaurant in London. His ­partner, Fabio Fatelli, was a restaurateur in Italy.

Both fell in love with Cape Town and lured Rotolo out of Italy.

They buy in raw milk, just enough to fill orders, and ­pasteurise it ­themselves. Rotolo does everything by hand — the ­draining, squeezing, salting, rinsing and ­shaping.’

In southeast Italy, says Ostuni, cow’s milk is used for mozzarella. In the south and southwest it’s milk from water buffaloes — and for that one moves on to Buffalo Ridge in Wellington. Here Wayne Rademeyer has been making mozzarella di bufala since 2009 with milk from water buffalo he imported from Italy, where he went to learn how to make the cheese. “The milk tastes like cow’s milk, but just slightly sweeter.”

Buffalo milk, he says, is much higher in calcium than cow, sheep or goat’s milk, lower in cholesterol and a good source of protein, iron, phosphorous and vitamin A. His herd — the original 30 have increased “exponentially” and now number 111 — are pasture-fed.

Start to finish
Cheesemakers who raise their own animals know exactly what they have been fed. At Dalewood Fromage in Somerset West, Rob Visser’s herd of Jersey cows graze on lucerne and clover he has planted in the ­pasture. “It’s very important for cows to graze,” he says. “A grazing cow is a happy cow.”

Visser, who produces the excellent Wineland range of camembert, brie and blue cheese as well as his superb Huguenot, grew up on a dairy farm.

“I want to run a specialist operation,” he says.

Everything, from planting out the pasture and raising the calves to marketing the finished product, is done on the farm. “I like the complete circle.”

Valerie Elder is a former film caterer who supplies Cape Town chefs with artisanal cheese from her shop, the Real Cheese, in Observatory.

Natural principles
“Real cheese comes from small farms around the country,” she says. “It has no preservatives. The farmers are not necessarily organic but use natural principles — no growth hormones, for example.” The same sort of cheese — cheddar, gruyère, brie, goat cheese — is very different, depending on the farm. “It’s a terroir thing,” she says, “like wine.”

Is there a market for such precisely produced artisanal cheese?

“We’re in a field that needs an educated public,” says James Healey, founder of Healey’s Cheesery. “We’re making a traditional farmhouse cheddar the way it was made 150 years ago. The only difference is that the equipment is stainless steel instead of wooden. It’s made by hand, no artificial colour, no preservatives.”

South African artisanal cheeses have certain things in common: the cows are not given growth ­hormones and their grazing is free of artificial pesticides and herbicides. And, with few exceptions, the rennet is either vegetable or microbial — good news for vegetarians. ­Animal ­rennet is rarely used in South ­African cheese.

What sells? Capetonian purveyor Bryan Said finds gruyère popular in the southern suburbs, as is local grana, a mix between parmesan and local grana padrana, as well as local raclette. But camembert and brie sell everywhere.

Encouraging the artsisans
Jo and Bryan Dick, who own the Cheese Gourmet in Linden, ­Johannesburg, have been selling cheese for more than two decades, seeking out new producers, encouraging and advising them.

“We like to promote people making a different kind of cheese,” says Jo Dick.

Jo’burgers, she says, go for gouda — but not the sweet-milk cheese one used to get. This is artisanal gouda, aged anywhere from six to 18 months, strong and delicious. Cheddar is also popular, then brie and Robuchon, blue cheese and goat cheese.

Goat cheese appeals to Gauteng cheesemakers because you don’t need a lot of land. Goat Peter’s Marianne Joos keeps 250 goats on the Hekpoort farm of her business partner, ­Alister Catto, and milks just fewer than half of them.

She says it’s easy to keep goat cheese from tasting, well, gamey: “You have to keep the rams separate from the ewes because the rams are the smelly ­animals.”

Hygiene also comes into it. Their grisson — which does not even taste like goat cheese — won the South African dairy competition’s product of the year in 2010.

Family traditions
Why artisanal cheese? “It’s an interactive experience,” says Jo Dick. “People like the stories behind the cheese, where their cheese comes from. It gives value to the product.”

Here’s one story: Gerard Tanesse, proprietor of Pépé Charlot, makes the kind of goat cheese his grandfather loved, back in the Ardèche in France.

He has named his company and one of his cheeses after his grandpère.

His crotin — small, barrel-shaped, can be eaten as is or cooked — is brilliant. The milk comes from the University of Pretoria and he turns it into a crotin or chevrin or pepe. Cheese needs nurturing, he says, like a baby.

“We turn the cheese every day and we play nice music in the cheese room” — sometimes ­classical, sometimes kwaito. Thus, he notes, the cheeses are exposed to a range of experiences.

You do not get stories like that by gazing into the supermarket cheese case. And unless the cheese comes from the artisanal chaps, you do not get cheese like that either.

Laws may allow abortion, but it’s much harder to change attitudes

Chill to opera and theatre

Movie teaches teens how to budget

Walking the dog in Bellevue