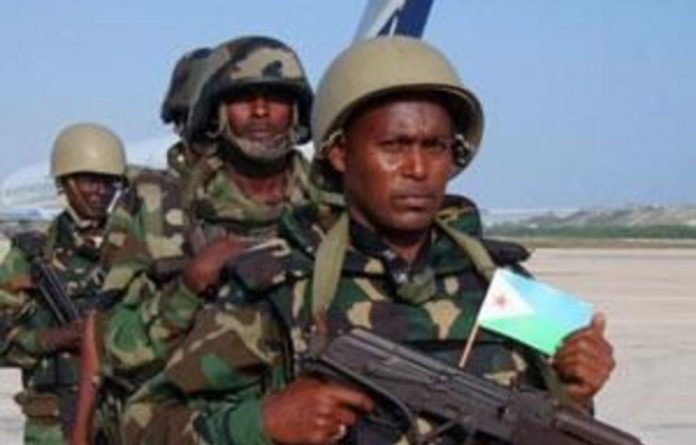 Somalia’s al-Qaeda-allied al-Shebaab rebels warned Saturday they were stepping up a bombing campaign in the war-torn capital Mogadishu, a day after detonating a car bomb at a police station.

Al-Shebaab spokesperson Sheikh Abdulaziz Abu Musab said the extremist Islamist fighters had prepared a string of suicide bombers in their battle to topple the weak Western-backed government and the African Union troops who guard it.

“The explosion which hit at the police headquarters on Friday was the beginning of a series of suicide and bombing attacks that mujahedeen fighters plan to carry out in Mogadishu in the coming days,” Abu Musab told reporters.

Police said on Saturday that they had found another car laden with explosives close to the same station, near the busy central K4 roundabout.

At least one police officer was wounded in the heavy blast on Friday, when explosives packed into a car seized by the police was detonated, destroying part of the police compound’s perimeter wall.

Civilians to stay away
The attack was the latest in a string of blasts including roadside bombs and grenade explosions that have rocked Mogadishu in the past six months since the hard-line al-Shebaab left fixed positions and switched to guerrilla attacks.

“We will continue bombing … We call on civilians to stay away from those areas where the enemy is based,” Abu Musab said, adding that government officials and African Union troops were considered targets.

Police official Mohamed Abdi said security had been tightened in the anarchic city.

“Police are on high alert to stop any attempt by al-Qaeda to harm civilians … We have intelligence the enemy is planning to carry out desperate attacks in Mogadishu,” Abdi said.

Last week a suicide bomber killed at least 15 people at a cafe near the presidential palace, the deadliest blast in Mogadishu since October, when a truck packed with explosives killed at least 82 people.

Renewed attacks
Somalia has been without an effective central government since 1991, and the government in Mogadishu is propped up by a 10 000-strong AU force from Uganda, Burundi and Djibouti.

Al-Shebaab insurgents control large parts of central and southern Somalia, but are facing increasing pressure from regional armies, including Kenyan troops in the south and Ethiopia’s army in the south and west.

The United Nations says Somalia is suffering one of the world’s worst humanitarian crises.

Thousands of Somalis are fleeing into Mogadishu after AU-backed government soldiers this week launched renewed attacks against holdout al-Shebaab positions on the outskirts of the capital. –Sapa-AFP