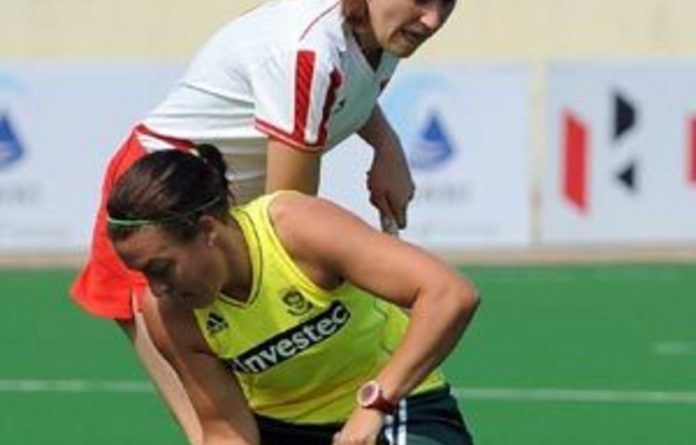 South Africa scored twice in the second half to get their Olympic women’s hockey qualifying bid off to a superb start in New Delhi, India on Saturday.

Kate Woods and Pietie Coetzee found the back of the net as the South Africans secured a 2-1 victory over Poland in the opening match of the final qualifying tournament for the London Games.

With the scores level at 0-0 at half-time, Woods broke the deadlock four minutes after the break, connecting with a penalty corner from Dirkie Chamberlain.

Poland, however, struck back immediately with Magdalena Zagajska finding the equaliser from the re-start.

Coetzee fired in the winner — her 232nd goal in 235 tests — with 17 minutes left, after she had been set up by South Africa’s captain Marsha Marescia.

“The Poland game wasn’t as successful as we wanted it to be,” Marescia said after the match.

“Their goalkeeper was very good, but we got the three points and it was good for us to see that no game is going to be easy.”

The South Africans dominated throughout, but again struggled to finish off after creating 31 scoring opportunities.

Polish goalkeeper Marta Kucharska was in inspirational form, keeping her outclassed team in the game with half-a-dozen top saves, while the attacking Natalia Wisniewska, voted the Player of the Match, provided a lone threat up front.

Another tough match
South Africa play Ukraine in their second game of the six-nation qualifying tournament on Sunday.

“We are going to watch Ukraine play India tonight and will have a good look at Ukraine,” Marescia said.

“I think that is going to be another tough match.” –Sapa