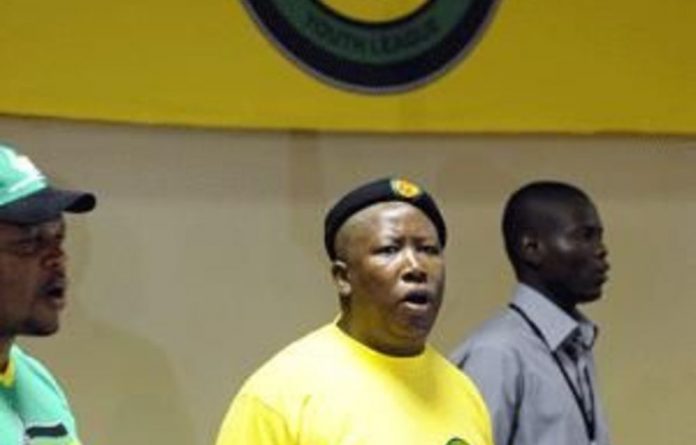 The prosecution in ANC Youth League (ANCYL) president Julius Malema’s mitigation hearing have argued that he should be expelled from the party, reported the Sunday Times.

The prosecution was reported to have stated on Thursday that Malema should be expelled from the ruling party because he had shown no remorse for his comments and actions.

Malema argued in mitigation that statements made leading to his suspension were not his personal views but that of the ANCYL’s national executive committee (NEC), reported the newspaper.

On February 4, the ANC’s appeals committee announced that attempts by Malema, league spokesperson Floyd Shivambu, and secretary general Sindiso Magaqa and three other ANCYL officials to have the guilty verdicts against them overturned had been dismissed.

They were found guilty in November last year of bringing the ANC into disrepute and of sowing division in the party.

This was after they made comments about regime change in Botswana, undermined Public Enterprises Minister Malusi Gigaba’s authority, insulted a journalist, and compared President Jacob Zuma unfavourably to his predecessor Thabo Mbeki.

The league held a press conference on Thursday at which Malema, Magaqa and Shivambu were conspicuous by their absence as they were attending the disciplinary hearing.

As the Mail & Guardian reported last week, the youth league said it would not entertain discussion about who would replace Malema should he be expelled, insisting it would retain his leadership until the next conference in June 2014.

Earlier, there was speculation that Malema would be replaced by his deputy, Lamola, or the league’s treasurer general, Pule Mabe. – Sapa and Staff reporter