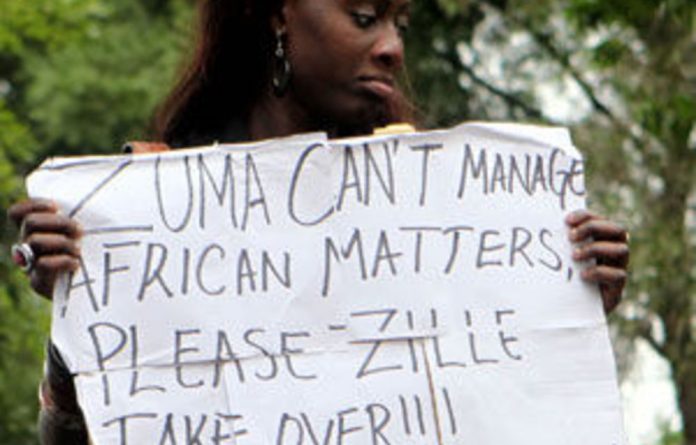 Zulu King Goodwill Zwelithini lashed out at the conduct of expatriates from the Democratic Republic of Congo on Monday for their protest at Parliament last week.

“We respect our leaders and we discourage people who protest and criticise our government and president,” the king said durng tihe official opening of KwaZulu-Natal legislature in Pietermaritzburg.

Members of the Congolese community living in Cape Town demonstrated to get the South African government to stop recognising Joseph Kabila as president of the Democratic Republic of Congo, the Cape Times reported on Friday.

On Thursday, a group of about 300 Congolese marched to Parliament to hand over a memorandum to the committee on international relations and cooperation.

They were reportedly carrying placards and posters and voiced their support for opposition leader Etienne Tshisekedi.

They claim Tshisekedi won the elections on November 28 last year.

Zwelithini said he understood that South Africa was a democratic country which welcomed foreigners, but he was concerned about the conduct of people who become radicals when they were granted refuge.

“This government was democratically elected by the country’s citizens and its reputation should be protected. Last week’s conduct is unacceptable,” he said.

He said that while the country’s Constitution recognised freedom of expression, this should be responsibly exercised. — Sapa