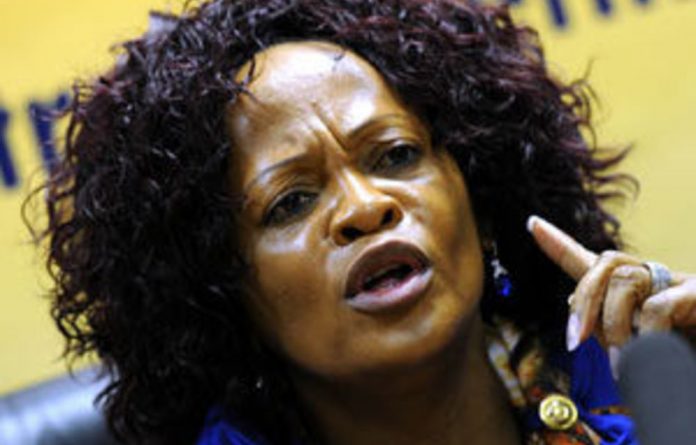 Gauteng premier Nomvula Mokonyane has confirmed rumours that the province’s beleaguered health and social development department will be split at the start of April.

“As a further intervention to ensure the effective functioning of the provincial health department, we will, with effect from April 2012, have a dedicated MEC [provincial minister] and HOD [head of department] solely for the department of health,” she said on Monday.

The announcement came in the form of a single line in Mokonyane’s 27-page state of the province address, wedged between statements on preparations for the national health insurance scheme and the need for South Africans to take more personal responsibility for their health.

At a press briefing following her address, Mokonyane clarified the situation, saying the province’s health and social development minister Ntombi Mekgwe and its HOD Nomonde Xundu would become the provincial minister and HOD of a department dedicated only to health.

“You will not have MEC Mekgwe being the MEC for social development and health. She will now, henceforth be solely the MEC for health. Nomonde Xundu will now be the HOD solely for health,” she said.

Mokonyane said the decision to split the portfolio was made in order to streamline the functions of the department and to ensure that there would be effective management of its processes.

“There is a need to turn around the entire management and systems of the department to of health, hence our decision to say let it be a stand-alone department,” she said.

Although there was a lot of “synergy and correlation” between social development and health, the degree of focus needed by the health department would have resulted in less attention being paid to social development.

“You don’t need someone who will be paying attention to it [health] at the expense of another department,” said Mokonyane.

Although she could not yet make a pronouncement on the fate of social development, she added that she would be “delegating responsibilities from one department to another”.

Mokonyane said that instead of becoming a stand-alone department, social development would be clustered with another portfolio. She said there would be no Cabinet reshuffle in Gauteng.

The merging of social development with another department would require careful consideration of the budget. An announcement on the matter will be made by next Monday.

Earlier this month, the Treatment Action Campaign warned that the Gauteng department of health and social development was operating in “crisis mode”. The department has faced staff shortages, drug stockouts, and a mounting debt owed to service providers, who have threatened to suspend their services.

Since the beginning of the year the department has settled R700-million of its outstanding debt and has identified a further R1-billion with which to settle further debts by the end of March.