Gauteng to focus on ‘accelerating delivery’ 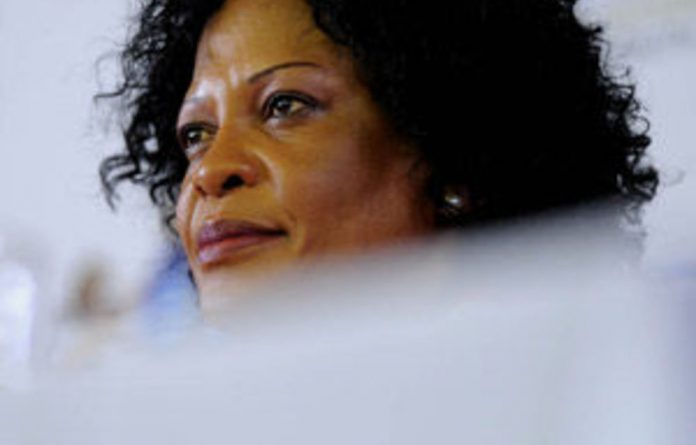 Gauteng premier Nomvula Mokonyane delivered her state of the province address two hours late on Monday. Ironically, her speech at the University of Pretoria’s Vista campus in Mamelodi focused on “accelerating delivery with a strong emphasis on concrete deliverables”.

Mokonyane later apologised, saying that she was merely a guest of the legislature and had little influence over what had happened.

She said the legislature had invited and waited for veterans and other senior citizens to arrive and this had caused the delay.

During her speech, she addressed some controversial issues, including the state of the health department, the renaming of Pretoria and the contentious Gauteng toll roads. However, references to middle-class problems like the Johannesburg billing crisis, the proliferation of potholes across the province and the increasingly dysfunctional traffic lights on Gauteng roads were absent.

She told those attending the opening of the provincial legislature that she had established a team to systematically address weaknesses such as public health financing, management, procurement, and operational systems relating to the supply of medicines.

Together with national government, the province would be revising its health funding model in line with pressures on the Gauteng health system and pursue a course of vigorous debt recovery, to recoup R1.4-billion owed to it by other provinces and national government entities.

Preparations for the introduction of the national health insurance scheme, including strengthening the district health system, are already underway, she said.

Toll roads
On the subject of toll roads, Mokonyane said that the province’s approach to the tolling of roads had to be understood within the context of its overall approach to the development of an integrated public transport network.

“As the provincial government, we are conscious that a solution must be found that will balance the considerations of affordability, impact on public transport but also honouring our commitment to paying our dues,” she said.

Mokonyane said that the province was working with a team convened by the finance minister to find a sustainable solution and that an announcement on the issue would be made “pretty soon”.

At a press briefing following the speech, she said various options were being explored but that the solution would “not be at the expense of its commitment to the cluster but also not put the road user under stress”.

The naming of Tshwane
Early in her speech, Mokonyane said that Tshwane was a “liberated city” now only second to Washington DC in the number of foreign embassies that it hosts, and a city which also had a very rich struggle history.

She later called for an end to the controversy over the renaming of Pretoria, saying: “We have to close the chapter on the uncertainties regarding the place name Tshwane. We urge all parties concerned to make meaningful contributions in the best interests of social cohesion and development.”

Speaking in favour of the renaming, Mokonyane said: “There’s never been a place called Pretoria with the current characteristics. Pretoria used to just be a white domain with black reserves. Now Pretoria is a different place.”

Speech highlights
Other highlights from the premiers speech include announcements concerning:

The provincial ministers of various departments will expand on the premier’s state of the province address on February 23 and 28.