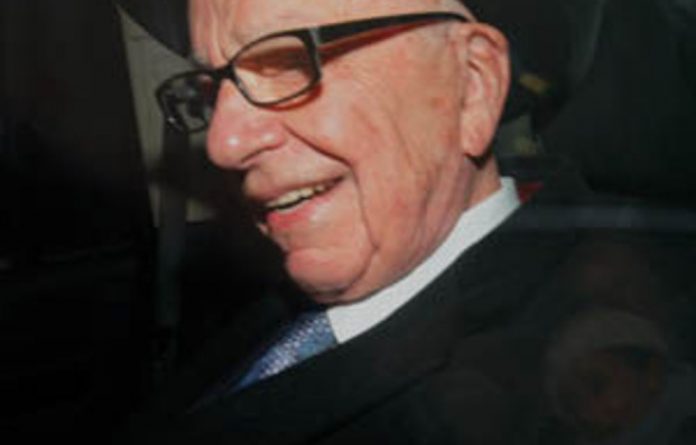 Rupert Murdoch began work on Monday on the first Sunday edition of his top-selling British tabloid the Sun, seven months after the closure of its scandal-ridden sister title News of the World.

Publisher News International said the US-based mogul would stay in London to oversee the launch this Sunday and confirmed that the editor of the weekday paper, Dominic Mohan, would also edit the Sun on Sunday.

A News International spokesperson said in an email to Agence France-Presse on Monday: “Dominic [Mohan] is the editor and yes, Rupert Murdoch is overseeing the launch.”

Murdoch (80) flew to Britain last week to announce the creation of the new paper and to promise demoralised staff he would stand by them despite the arrest of senior Sun journalists over bribery allegations.

“Rupert Murdoch said during his visit on Friday that a new Sunday title would be published ‘very soon’ — and that is a week from today,” the company’s chief executive Tom Mockridge said in an internal memo to staff late on Sunday.

“Rupert will be staying in London to oversee the launch.”

“We will have to act quickly over the coming days. This is our moment. I am sure every one of us will seize the opportunity to pull together and deliver a great new dawn for the Sun this Sunday.”

The new Sun will replace the News of the World, a Sunday tabloid which Murdoch shut down in July amid a spiralling scandal over the hacking of voicemails belonging to celebrities, politicians and crime victims.

Murdoch — the chief and founder of the US-based News Corporation media empire — himself took to Twitter shortly after the announcement to say: “Just for the record: Newscorp shares up 60c on news of Sun on Sunday. Highest for year.”

The 2.5-million-selling Sun splashed the news in black, white and red all over the front page of its Monday edition, saying: “The Sun Next Sunday.”

Inside it carried a full page of its best known front covers and a picture of Murdoch examining the Sun coming off the presses in 1969. The story had the headline: “Every day’s a Sun day”. — AFP

In January 1900, a young Russian officer, Yevgeny Avgustus, ‘galvanised by the daring of the Boers to take on imperial Britain’, set off to fight in the Second Boer War. A Russian on Commando is his vivid eyewitness account of events on the Natal front and life with the Krugersdorp Commando.
Opinion

With the cost of living rising, many families can’t afford to bury their loved ones and assistance is needed
Advertising