Subject to the traditional leaders’ whims 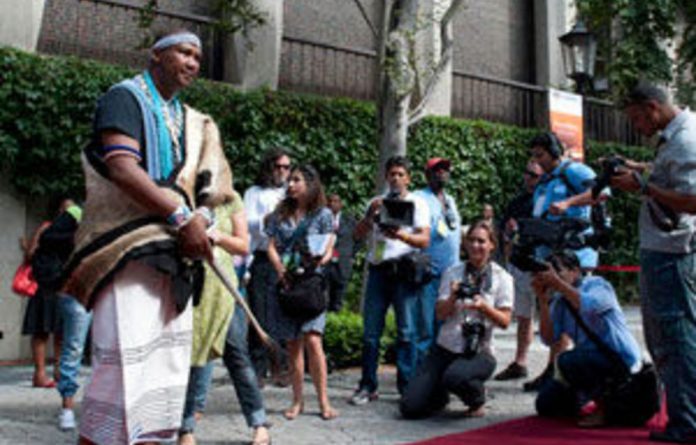 Traditional leadership is on the rise. The Traditional Courts Bill 1 of 2012, which was introduced in the National Council of Provinces on Thursday last week, is the latest in a series of significant legislative affirmations of this reality.

Like its predecessors, but infinitely more so, it assigns traditional leaders such extended authority over the 17-million people in their apartheid-established jurisdictions that, effectively, ordinary rural people will no longer be citizens of South Africa but rather subjects of former homelands.

Preferring the alleged powers of traditional leaders over the ­democratic rights of rural citizens has been a trend seen since apartheid ended. As early as Codesa I and II, the negotiations that ended apartheid, traditional leaders began fighting hard to be perceived as the sole custodians of culture and be guaranteed the right to speak on behalf of their “subjects”.

This is surprising to the many who saw vast rural areas burning in the late Eighties as a result of the rage and protests of rural people who wanted the government to do away with traditional leaders. At the time the ANC agreed with the people, but no more.

We are implementing them on the ground and this is what has resulted — people are trying to ensure that they stop development.”

So suggests the tide of legislation that the government has passed concerning people in so-called communal areas. One might recall that the Communal Land Rights Act of 2004, which effectively stripped rural people of their ability to administer their own land and gave the power to traditional councils headed by traditional leaders, was struck down in May 2010 when the Constitutional Court found that insufficient public participation had accompanied the law-making process.

The Traditional Courts Bill follows on from that legacy of unconstitutional legislation. According to the Bill, traditional leaders can effectively constitute traditional courts and be the sole law and decision-making powers. Because customary law (which, as the Constitutional Court has correctly found, is a form of law that evolves with ordinary people’s practice) is articulated most explicitly in legal cases, this would mean that traditional leaders would be the ones to determine its content.

The Bill does not guarantee any ordinary people a role in the courts, unlike current practice in most areas, which at least permits men to participate freely.

This is particularly bad for women, who, in practice, are often not members of the court and need to be ensured participation in the articulation of customary law and how it should apply to people’s lives.

The Bill provides that women, when they come before the court as litigants, can be represented by their husbands or other family members “in accordance with customary law”. It thus reinforces the problem of prohibitions on women appearing and representing themselves in ­traditional courts in some areas, which has serious consequences in domestic violence and eviction cases.

The traditional leader can sanction the parties with punishments such as forced labour, loss of customary entitlements, or whatever other penalty he sees fit. If they fail to appear when summoned, they can be similarly punished. In all appearances before the traditional leader court they will have no right to legal representation.

For a practical example, among several instances of abuse by emboldened traditional leaders, think of Mandla Mandela’s actions in Mvezo. What protection will there be for people like those who object to the hotel and stadium when, under the Bill, some matters are confined to the traditional court and there is no right to opt out of the court’s jurisdiction, as well as extremely limited grounds for appeal or review?

Under the Bill, those seeking to protect their land rights would, quite possibly, have had no way to get to the magistrate’s court to challenge their traditional leader without first challenging the Bill itself.

This should tell you that there is something very wrong with the Bill. A law like this could not possibly stand up to constitutional scrutiny.

Sindiso Mnisi Weeks is a senior researcher in the law, race and gender research unit at the University of Cape Town