Free of Saleh, Yemen votes — with just one candidate 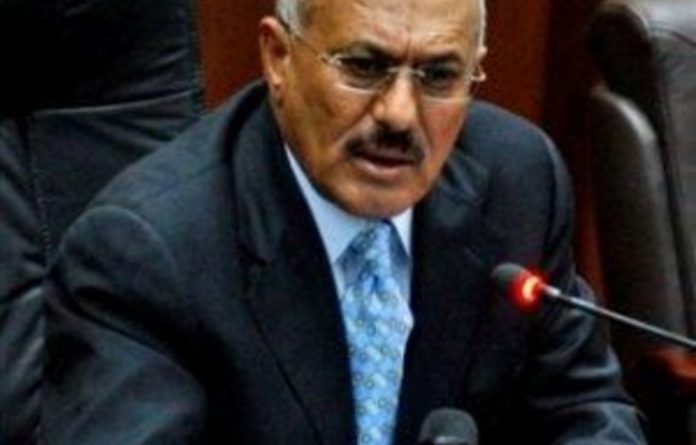 Yemen sought to turn a new page in its troubled history on Tuesday with the sole candidate to succeed ousted President Ali Abdullah Saleh looking for a strong mandate from voters to rebuild a country pushed to the brink of civil war.

Although Vice President Abd-Rabbu Mansour Hadi was standing uncontested as a consensus candidate, the election was billed as an attempt to help Yemen make a fresh start after deposing a president who ruled Yemen with an iron fist for 33 years.

The vote would make Saleh, now in the United States for more treatment of burns suffered in a June assassination attempt, the fourth Arab autocrat in a year — after counterparts in Tunisia, Egypt and Libya — to be forced out by popular revolts.

Long queues formed early in the morning outside polling stations in the capital Sana’a amid tight security, after an explosion ripped through a voting centre in the southern port city of Aden on the eve of the vote.

“We are now declaring the end of the Ali Abdullah Saleh era and will build a new Yemen,” Yemeni Nobel Peace winner Tawakul Karman said as she waited to cast her ballot outside a university faculty in the capital Sana’a.

High turnout crucial
Voters dipped their thumbs in ink and stamped their print on a ballot paper bearing a picture of Hadi and a map of Yemen in the colours of the rainbow.

A high turnout was crucial to give Hadi the legitimacy he needs to carry out changes outlined in a power transfer deal brokered by Yemen’s Gulf neighbours, including the drafting of a new constitution, restructuring of armed forces in which Saleh’s relatives hold key positions, and multi-party elections.

The vote was backed by the United States and Yemen’s rich neighbours led by Saudi Arabia, who — alarmed at signs of al-Qaeda exploiting the disorder wracking the country to strengthen its regional foothold — sponsored the peace deal signed in November providing for Saleh to hand power to Hadi.

The election leaves unresolved a military standoff between Saleh’s relatives, a mutinous general and gunmen loyal to tribal notables. There is an armed revolt in the north of the country and a secessionist movement in the south where Islamists accused of links to al Qaeda have also made advances.

It was not clear who was behind Monday’s violence. But separatists are demanding a divorce from the north with which they fought a civil war in 1994 after formal political union in 1990.

Southerners, who accuse the north of usurping their resources and discriminating against them, said they would boycott the election because it confers legitimacy on a political process that excluded them.

That prospect threatens to undercut the power transfer plan crafted by the Gulf Cooperation Council (GCC), with US backing, that enshrines Hadi as president for two years to draft a new constitution and hold free elections.

Youth denounce transition plan
The vote was denounced in advance by youth activists who had taken to the streets to demand Saleh’s removal. They regard the transfer plan as a pact among an elite they see as partners to the crimes of Saleh’s tenure, including the killings of protesters in the uprising against him.

“The election is a political scenario mapped out in the GCC initiative but its essence is irrelevant to the true ideals of democracy,” Rana Jarhoum, 29, a development worker, said.

Washington, which long backed Saleh as a foe of the al-Qaeda branch that plotted abortive attacks abroad from Yemen, now backs transition to ensure it has a partner in its war against the militants, which includes assassinations using drone strikes.

Its envoy in Sana’a, Ambassador Gerald Feierstein, said on Monday that Shi’ite Muslim Iran was fomenting unrest in the northern provinces where Saleh’s forces tried and failed to crush Shi’ite rebels. This echoed the accusations of Sunni-led monarchies neighbouring Yemen that Tehran is seeking more regional influence via a Shi’ite fifth column. Iran denies this.

‘Fragmented, splintered and destroyed’
Feierstein also called for reuniting a military in which Saleh’s son Ahmed Ali and nephew Yehia lead key units that have enjoyed US support. They are locked in a standoff with tribal leader Sadeq al-Ahmar and dissident General Ali Mohsen, whose battles with Saleh’s loyalists have left parts of Sana’a in ruin.

Hadi alluded to these rifts in a message to the nation hours before the vote, warning they must be healed to steer Yemen away from becoming “as fragmented, splintered and destroyed as Somalia”.

“We cannot talk about a stable nation without returning life to its natural state and removing the phenomena which have appeared, beginning with the split in the army.”

The interim government faces a fiscal and humanitarian crisis, and has sought billions of dollars in international aid to avoid collapse in a country where unrest has all but paralysed modest oil exports that fund imports of staple foodstuffs.

The IMF estimated Yemen’s forex reserves dipped to $2.7-billion last year. The United Nations Children’s Fund says 57% of Yemen’s 12-million children are chronically malnourished — the highest level outside Afghanistan — and that half a million face death or disfigurement. — Reuters